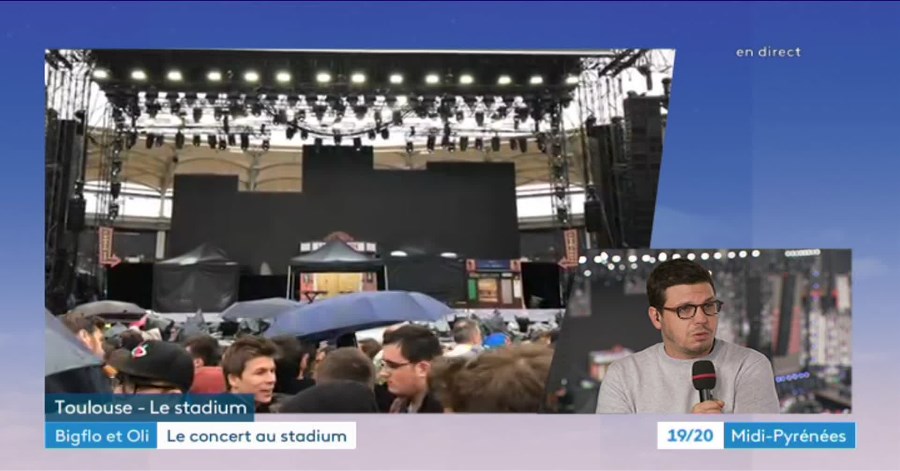 France 3, one of the largest French public television channels which is part of the France Télévisions group, have recently used the Quicklink Studio solution for a multi camera Facebook Live of the Bigflo & Oli concert. The concert was held in Toulouse, the city where Bigflo & Oli grew up, and welcomed more than 60,000 spectators over two days.

June, 2019 - To capture this, Quicklink Studio was used on three separate iPhone 8’s to give a floor perspective of the concert, which provided the ability to choose different angles and energise the live event. At the studio, France 3 were using two Quicklink ST100’s for playout to Facebook Live.

“The Quicklink Studio solution was very easily integrated into our workflow with a simple SMS to each mobile device. We found that the Studio solution used 4 times less bandwidth and a reduced latency than an AVIWEST encoder,” said Yvan Kalfon, IT Manager at France Television.

The Quicklink Studio is a bi-directional audio/video solution allowing ultra-low delay contributions from any desktop or mobile device using just a web browser. Contributors can be invited via SMS or email and can send content to the studio remotely and easily.

France Television are now currently testing Quicklink Studio for over 50 national and regional channels across France.