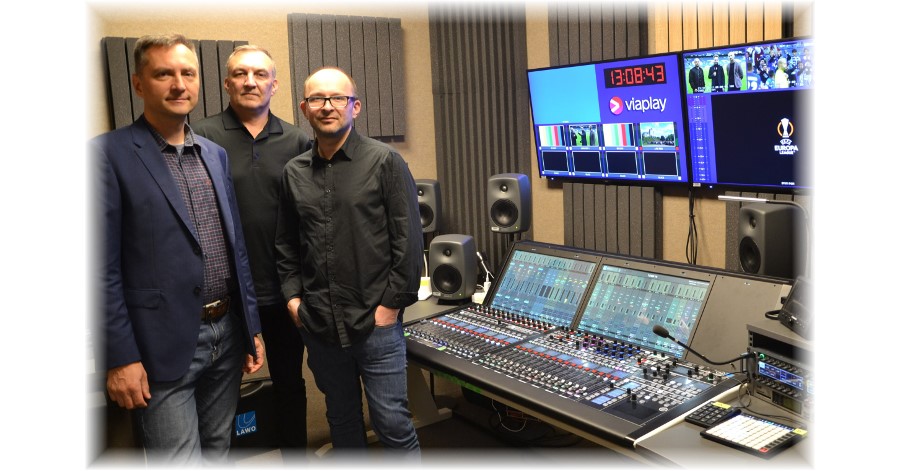 The Viaplay media and entertainment company, headquartered in Stockholm, offers transmissions of diverse programs such as sports, comedy shows and movies. After inking a new contract with production companies Ekstraklasa Live Park and the ATM Group, and with their recent expansion of services beyond the Nordic region into the Baltics, the Netherlands, and Poland, Viaplay undertook a major technical upgrade to ensure the reliability of service demanded by simultaneous transmission of many separate sporting events.

LP Systems, Lawo’s partner in Poland, were appointed to implement the audio portion of Viaplay’s studio update. “The project is designed as a fully IP-based infrastructure”, says Artur Jóźwik, Sales and Support Engineer. The project’s scope included two new studios with separate control rooms for audio and video, as well as twelve sports commentator booths with six separate small audio control rooms. The massive technical upgrade was performed during June and July 2022, to be ready in advance of fall sporting event coverage. 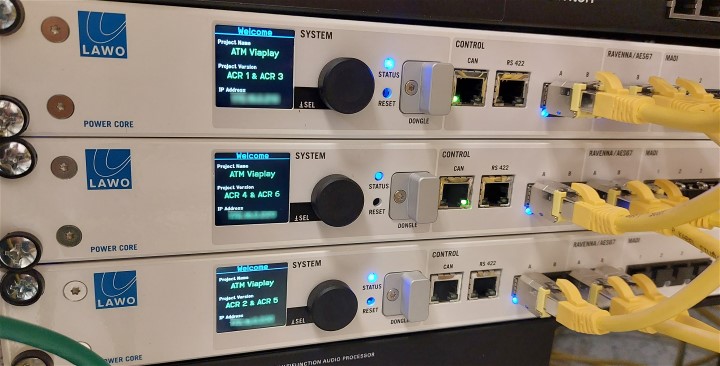 “All microphone inputs, sums, AUX lines and other signals are transmitted as RAVENNA / AES67 streams; only the speaker connections remained analogue,” says LP Systems’ Jóźwik. “It’s a very flexible solution that enables Viaplay to combine any studio with any control room at any time. Everything works together seamlessly, without any additional routing needed.” 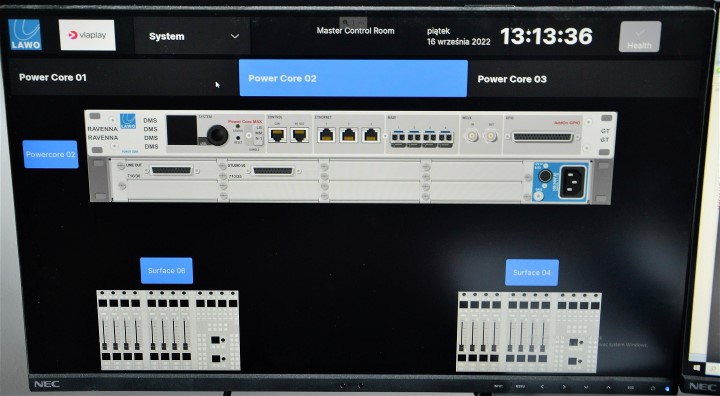 All IP-native Lawo devices are connected and managed within the network by the HOME management platform for IP-based media infrastructures, using web interfaces with standard browsers. The RAVENNA / AES67 audio network is underpinned by Artel Quarra switches, which are configured to provide a fully redundant networking environment. Integration with video systems is done using DirectOut Prodigy.MP processors in mirror mode for full system redundancy. These devices convert RAVENNA signals to MADI and vice versa, and help facilitate final DSP processing. 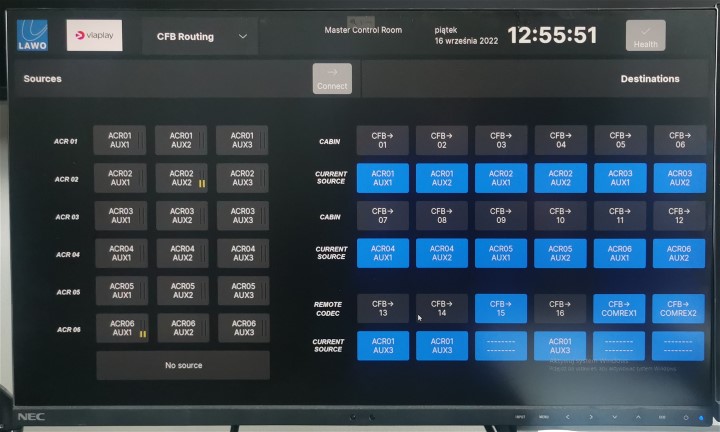 “Working closely with ATM Group’s engineers, we achieved all of Viaplay’s goals and desired system functionalities,” says Bartosz Stawiarski-Lietzau, Sales and Support Engineer of LP Systems. “Along with the VisTool controls in the audio control rooms, an additional VisTool computer is installed in the Master Control Room for quick access by the engineer. All of the Power Core units and diamond surfaces can be monitored, diagnosed and controlled there, with audio streams monitored using Lawo RƎLAY AoIP Stream Monitor software.”

The ability to tailor Lawo solutions to their specific needs was extremely important to Viaplay, notes Stawiarski-Lietzau. “Like all complex broadcast operations, Viaplay has highly refined operational requirements. To meet these requirements, we needed to adjust the functions of mixing surface keys, customize control screens and match system functionality to workflow expectations. Lawo, with their intense focus on flexible, customizable solutions, made it easy for us to meet - and exceed - customer expectations.”

WOW TV News Center has a new HOME with Lawo IP.
back to top