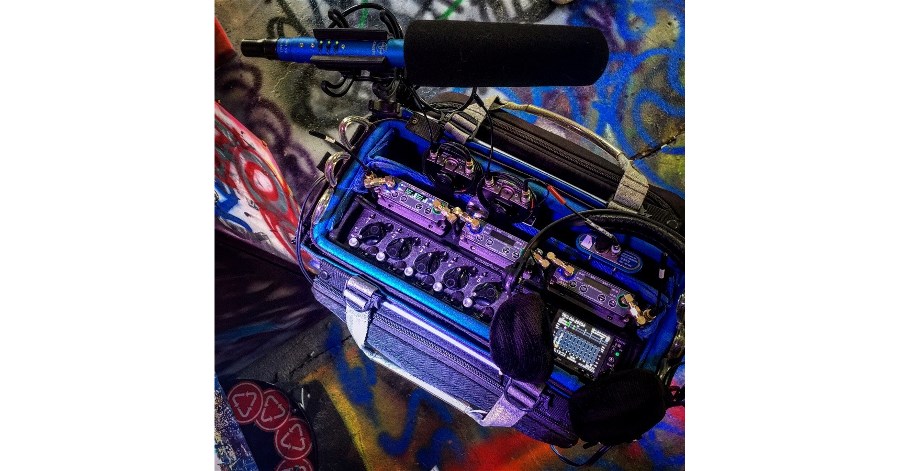 Los Angeles, May 9, 2019 - Production Sound Mixer Adam P. Lawrence has had a lifelong love for audio/visual storytelling. For the last decade, Lawrence has turned that passion into a career, mixing audio on countless film and television productions. As with any field production, RF interruptions rank highly on the list of worst-case scenarios among audio professionals. In order to improve his workflow, Lawrence implemented an arsenal of Wisycom’s wireless RF equipment for his shoots. His gear includes the Wisycom MCR42S Dual True Diversity UHF Miniature Camera Receiver, which he uses along with the MTP30 Professional Bodypack Transmitter and MTP40S Wideband Bodypack Transmitter. 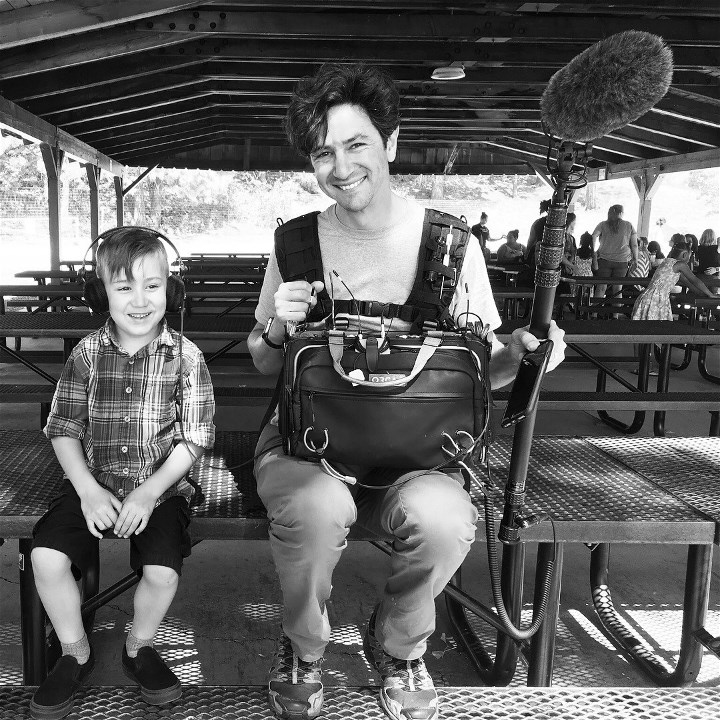 Ο Lawrence first learned of Wisycom from a Danish sound mixer friend, who had extensive knowledge of and experience with the brand. It was that friend’s confidence in Wisycom that cemented Lawrence’s trust. Finding Wisycom’s products to be infinitely better than any other options on the market, Lawrence immediately jumped to make the purchase.

“Wisycom has improved the efficiency of my workflow by providing real wideband tuning and dynamic RF analysis,” says Lawrence. “After struggling with frequency blocks and limited tuning range, I can't express how great it is knowing I'll never have to do that with my Wisycom gear. Even in the busiest RF environments, I always have an elegant solution that includes professional-grade construction and, of course, excellent audio quality that truly rivals a wired connection.” 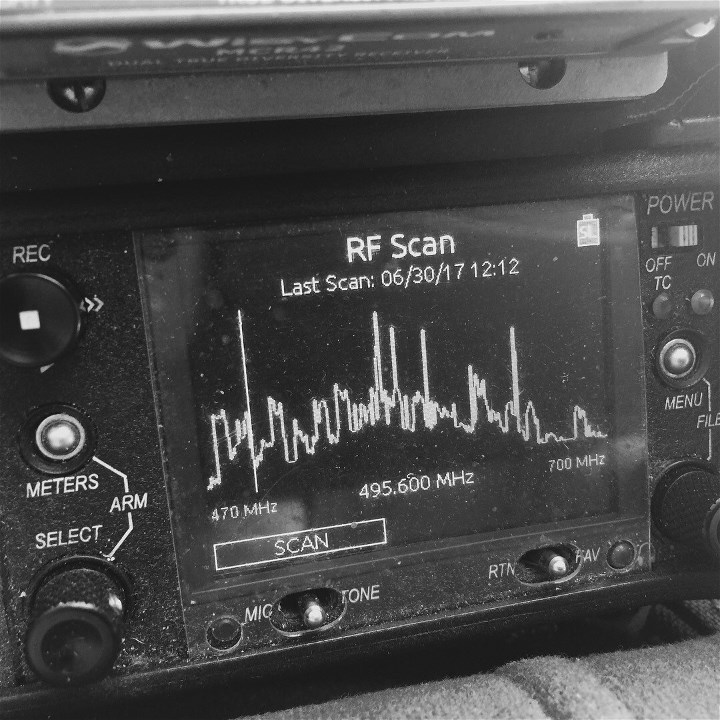 For Lawrence, efficiency ranks high on the list of the advantages that Wisycom offers as well. “The MTP30 and MTP40S transmitters use power so effectively,” he continues. “I’m constantly impressed by the range I can achieve, even at low power-output settings. The battery life is awesome and the (body)packs never come back scorching-hot, like other transmitters I’ve used – which keeps the talent happy.”

Wisycom’s MTP40S and its predecessor, the MTP30, are extremely small and lightweight bodypack transmitters for professional wireless microphone applications. Both are quick and simple to use thanks to an OLED display, easy to find gain/frequency buttons and joggle selector. As with all Wisycom gear, the bodypacks feature the latest RF technology, along with an enhanced robustness against noise and intermodulation. 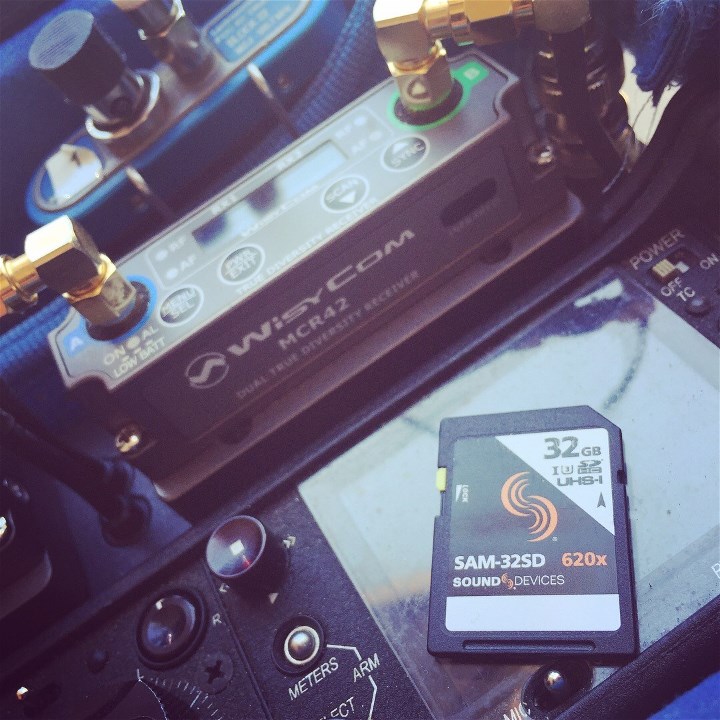 In addition to his Wisycom gear, Lawrence’s personal kit consists of DPA d:screet™ 4061 mini lavaliers and Sanken COS11 as well as a Sound Devices 633 recorder and 688 mixer, with six channels of Wisycom inputs. On cart jobs, he runs an RF Venue Diversity Fin antenna into a passive splitter to feed Wisycom transmitters.

While Lawrence loves many of the features offered by his Wisycom gear, he finds the wideband tuning to be the magic bullet. According to Lawrence, “Last year I traveled the U.S. with a Sound Devices 688/SL6 combo filled with [Wisycom] MCR42s, and it was wonderful. I could get five or six clean frequencies up and working everywhere. From Miami to Portland and Phoenix to Chicago, there was never a problem tuning the Wisycoms.” 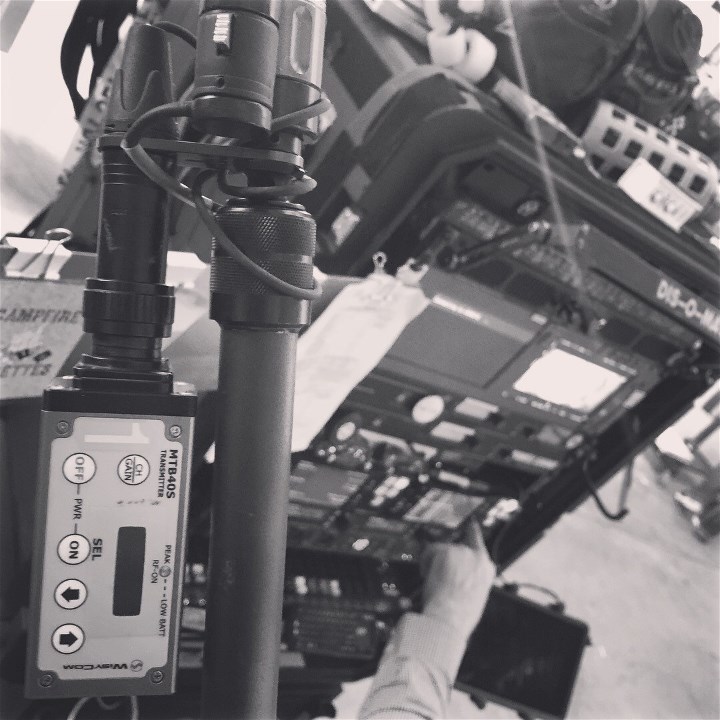 Wisycom’s MCR42 dual-channel receiver is designed with four receivers internally coupled in a true diversity configuration. Its front end has a chain of micro-controlled movable filters that enable up to 240 MHz of wideband operation. A powerful low consumption DSP delivers the best of analogue and digital technologies in a hybrid approach for perfect audio and robust RF performance in any environment.

Lawrence is a production sound mixer based in Los Angeles. Some of his recent credits include Nickelodeon’s Kid’s Choice Awards, NBC’s Last Call with Carson Daly, an HBO documentary about the world-famous Comedy Store in Los Angeles and various jobs for the Tennis Channel. 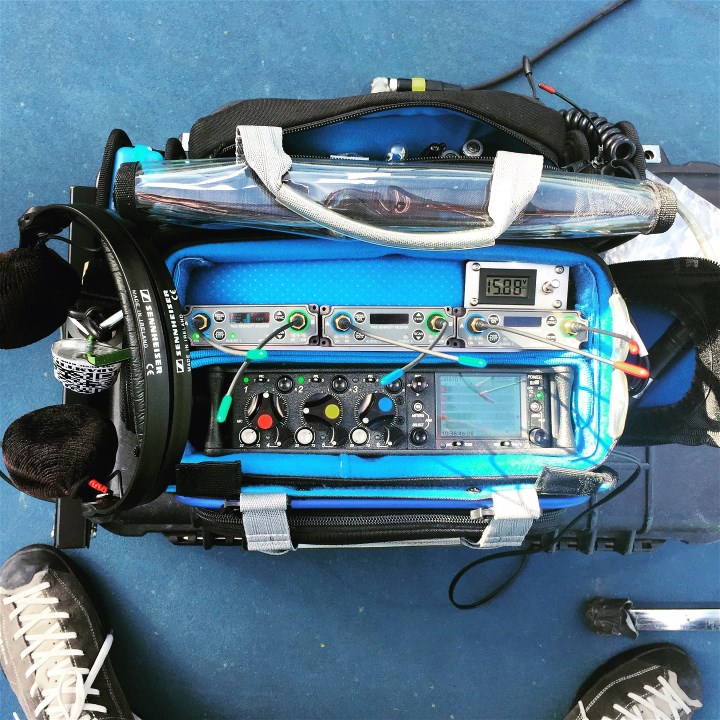 Recording Dialogue Underwater Is Not Impossible With DPA Microphones.

Wisycom unveils MPR50-IFB True-Diversity Receiver at NAB 2019.
back to top