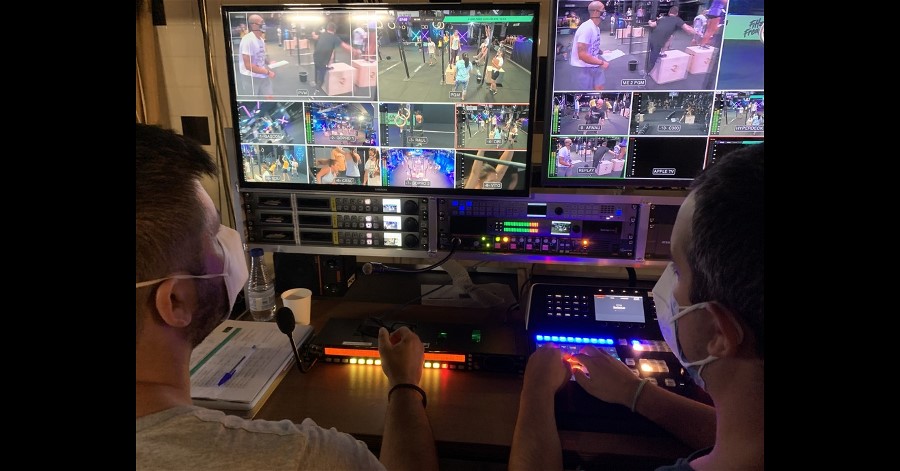 The integrator Nou Broadcast used intercom and AEQ commentary units to coordinate and stream 3 hours of event in 4 languages.

The best CrossFit teams recently faced each other in a closed event on 11 July 2021 from the Razzmatazz hall in Barcelona. After months of waiting because of the Covid19 pandemic, The Freakest Challenge, one of the most spectacular and unique CrossFit events in the world celebrated its 6th final. This competition, organized by Fittest Freakest together with Nike and other partners, was held behind closed doors, but was broadcast live for the first time on the television channels Esport3 and Teledeporte and streamed on the organizer's official website www.fittestfreakest.com. 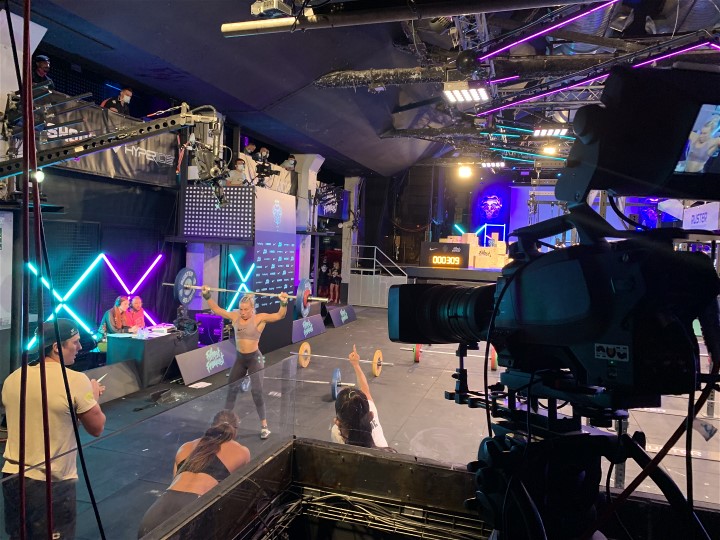 Although there was no public on the hall, they were able to participate more than ever from home or from the pit lane in games, promos, interviews and more. Online qualifiers were held the previous November. For the first time, the competition had two categories: Official Teams and Adapted Individuals, the last one with two sub-categories, standing and wheelchair. In the grand final, the 8 finalist teams and the 12 individual athletes faced each other in 1x1 elimination rounds and only two teams from each category reached the final duel to take the prize. The final went to the Catalan team CrossFit 77Feet, who won the title for the fourth time, and the Italian team CrossFit Officine. 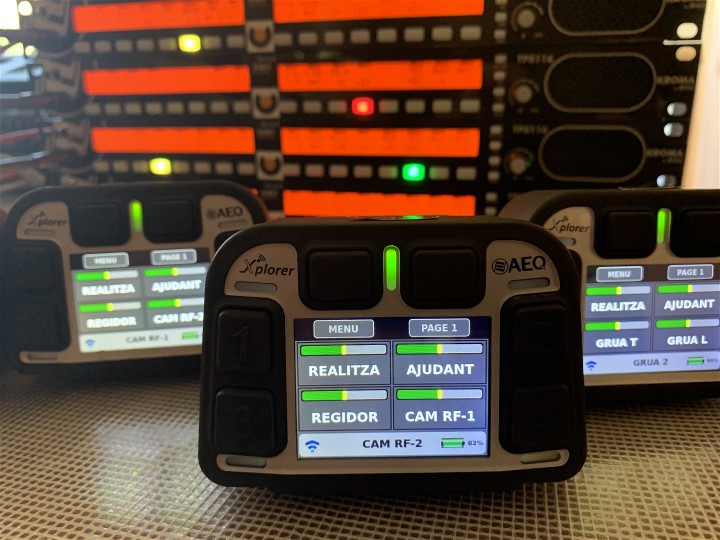 Nou Broadcast Services was commissioned by the organization to produce and broadcast the event in four languages with exceptional commentators:

-For the live broadcast in Italian, Radio Virgin reporter Giulia Salvi and athlete Roberto Allievi were on hand.

-Miriam Riau and Marc Solá were present for the live performance in Catalan.

AEQ provided the intercom system and commentator positions. A Crossnet matrix routed the audio signals and internal coordination. The stationary workstations were based on TP8116 panels and the mobile workstations on Xplorer.

Eight stationary and 11 mobile stands were set up, as well as four commentator positions, one per language. 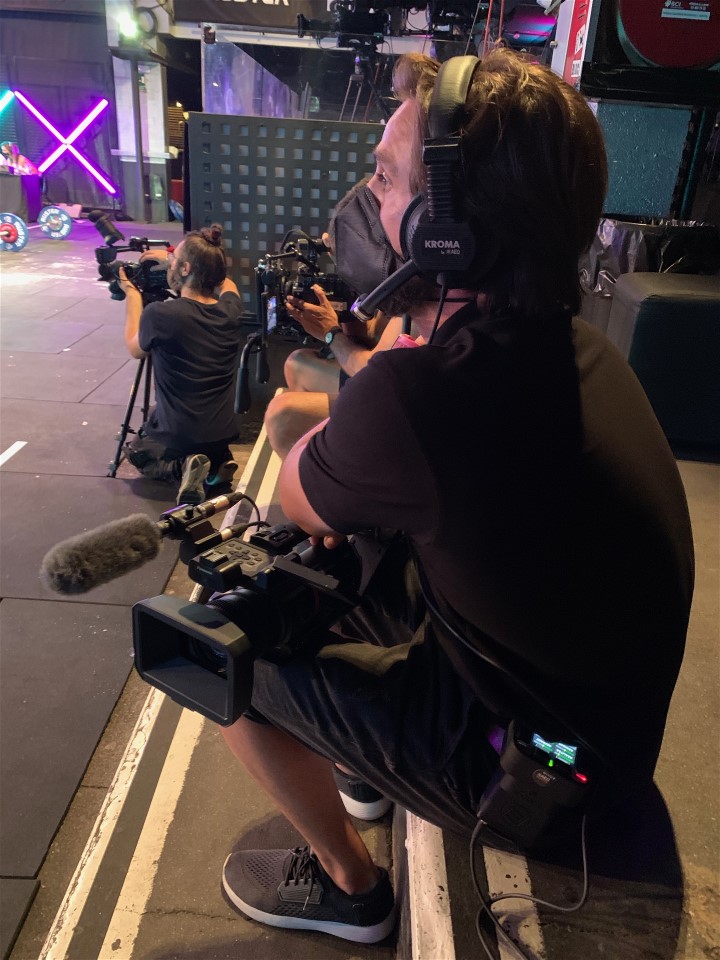 The stationary TP 8116 stations were installed at the different positions of the production control.

The Crossnet matrix and one of the AoIP switches occupied a small space in a rack of equipment next to the camera control.

The Xplorer wireless terminals were used for people on the move during the event: audiovisual producer, mobile cameras and others.

For this purpose, since the Xplorer technology is WiFi, four Cisco access points for WiFi network were installed in the work area in the room, which route the voice over IP between each Xplorer terminal and the VoIP access on the Crossnet 72 matrix. The Ethernet switches had PoE outputs to power the access points.

The Xplorer terminals are charged at charging stations. The battery lasts 20 hours, so there was no need to recharge at the event.

The image was taken using Sony cameras with Canon optics and the lighting was controlled with a grandMA2 console.

For the broadcast in Catalan, the audio commentary was sent to TV3 via an AEQ Phoenix Mobile audiocodec.

To watch the event in english, italian and Spanish, please go to www.fittestfreakest.com/challenge/live

Watch below a short video with the technical report of the event:

For more information about NOU BROADCAST SERVICE and their projects www.noubroadcastservice.com, send an e-mail to This email address is being protected from spambots. You need JavaScript enabled to view it.  or call +34 93 154 96 57 / +34 649 35 76 29.