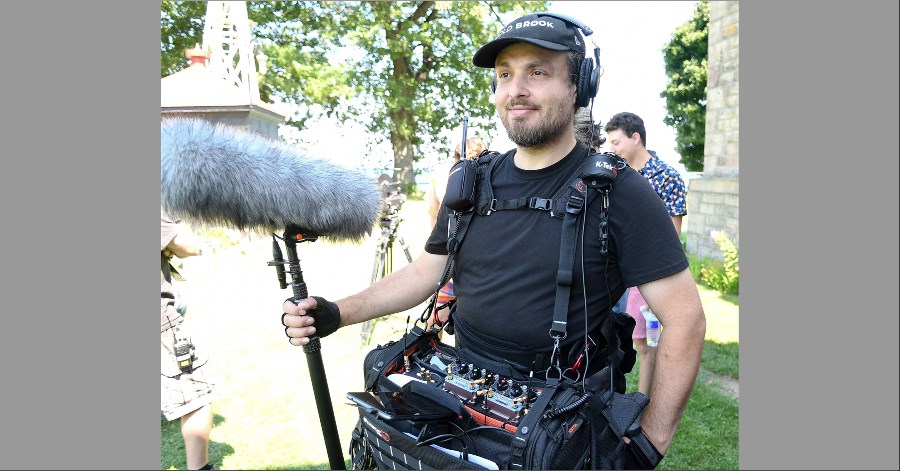 Production Sound Mixer/Boom Operator Adam Bloch was recently tasked with capturing all the hard-hitting, in-your-face audio for a behind-the-scenes look at training camp for a professional football team in Buffalo. Hoping to be as minimally invasive as possible while not missing any dialogue, Bloch relied on his latest wireless RF equipment, the Wisycom MCR42S Dual Diversity Wideband UHF Mini Receiver System and MTP41S Wideband Bodypack Transmitters.

Bloch was first introduced to Wisycom by industry friend and colleague Randy Sparrazza, who was one of the initial adopters of the brand in the U.S. and has become somewhat of a company ambassador. “I worked with Randy on a feature film, and he urged me to use the gear, and insisted that they are the best,” says Bloch. “Sure enough, I was very impressed. What puts Wisycom over the top is that it’s the only company that offers true diversity on both channels, which is a huge factor for me. There are also little ways that you can tweak your sound quality, which, as far as I know, you can’t do with any other brand. Wisycom is the only company that truly meets my needs.”

For the training camp documentary, which took place at St. John Fisher College, Bloch had to capture reliable sound from across the three football fields that were being used daily, in addition to audio from within the coaches’ offices, locker rooms, film stations and various other campus locations. Bloch positioned his audio stand at the cross section between two of the three fields. He utilized antennas pointed down each field and, depending on what was being filmed at any given moment, the mics were usually 300 to 450 feet away from his station. There were even times when players would head to the locker rooms while mic’d, and Bloch could still capture the audio.

“Even through concrete structures, brick walls and more than 700 feet of distance, I could always hear them,” adds Bloch. “In fact, when the camera operators would get to just the other side of the field, they could no longer hear me through their comms, but I could still hear the players. That’s how good the Wisycom gear is.”

According to Bloch, the difference between Wisycom and competitor brands is “night and day” as the sound is crystal clear and there are zero dropouts. “With my Wisycom gear, I have yet to find a location where I can’t find clear frequencies to use,” he continues. “That’s especially impressive in my home base of Buffalo and Rochester, which have crowded radio space and neighboring bodies of water – Lake Erie and Lake Ontario – that can scramble frequencies and make it tough to capture audio. Having Wisycom’s power and range to choose from while being surrounded by these potential interferences, and still being able to capture the sounds inside a building 700 feet away, is magical.” 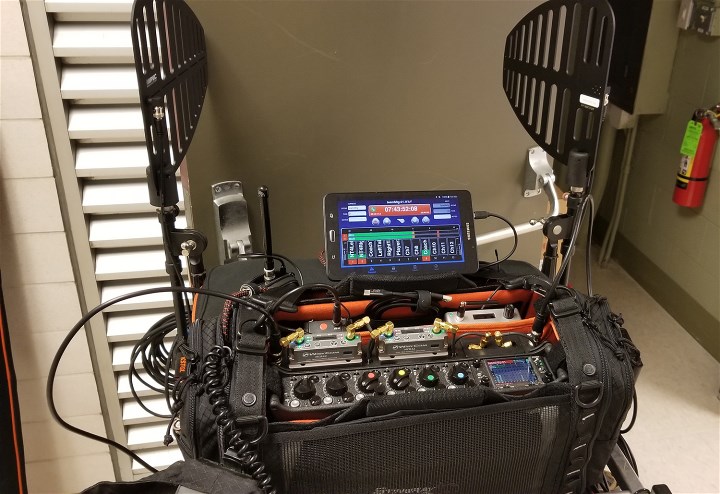 In addition to its distance, frequency range and reliability, Bloch also prefers Wisycom’s compact size. “You don’t think a quarter of an inch makes a big difference, but the small-form factor of the MTP41 makes it much more comfortable and easier to pocket,” says Bloch. “The MTP41s also don’t get hot, whereas others I have used in the past tend to heat up.”

After spending a month in training camp, one thing has become very clear to Bloch. “I now know that professional football players can be tackled while wearing Wisycom transmitters and the gear will still work just fine. During a pre-season game, one of the players that was mic’d was hit really hard. He landed right on the mic pack and was in so much pain he couldn’t even get his shoulder pads off at the end of the game. But, there was absolutely no damage to any of the Wisycom equipment.”

For nearly a decade, Bloch has worked as a sound mixer and boom operator for a variety of feature films, documentaries and reality TV productions. Included among his recent credits are Love After Lockup, Treehouse Masters, Cold Brook, Widows Point and America’s Most Terrifying Places, among many others.
More information about Bloch can be found here.