From Tiny Lavaliers To Award Winning Headsets – DPA Microphones Has Something To Suit Everyone At IBC 2019. 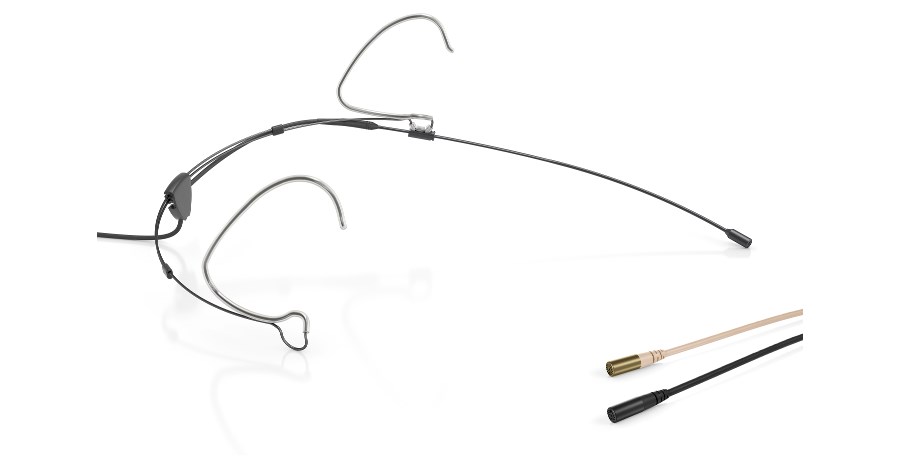 The company is showing a full range of products, including its new 6000 Series of Subminiature Microphones that continue to surprise and delight end users with their power and clarity.

Alleroed, Denmark. August 1st 2019 – Hot on the heels of its recent Red Dot Design Awards success, DPA Microphones will be showcasing its incredible 6000 series of Subminiature Microphones at this year’s IBC exhibition in Amsterdam (Booth 8.D70).

Since its launch in 2018, DPA’s 6000 series has continued to astonish end users and reviewers because it is so small and formidable. Measuring just three millimetres (0.12 inches) in diameter, 6000 series capsules are 60% smaller than the company’s existing 4000 series, but equally as powerful, partly because it includes the supreme CORE by DPA microphone amplification technology that reduces distortion and increases dynamic range.

The series includes the 6060 and 6061 Subminiature Microphones that can be fitted to clothes in the form of a virtually invisible lavalier and the 6066 Headset – recipient of a prestigious 2019 Red Dot Award - that is extremely comfortable to wear and so easy to fit that even the most inexperienced artist or performer can mount it themselves.

“Our ultimate goal is to create products that sound great, are consistent and durable, look sleek and elegant and make the job easier for everyone using them out in the field,” says Anne Berggrein, Vice President of Marketing at DPA. “With the 6000 series, we are working on the edge of what is physically possible and these products are undoubtedly DPA’s greatest achievement within the last 10 years.”

DPA’s 6000 series are the latest of the company’s products to incorporate CORE by DPA amplification technology, which delivers even clearer sound from the ‘highest of the highs’ to the ‘lowest of the lows’. CORE by DPA is also included in the 4000 series of d:screet miniature lavalier, d:fine headset and d:vote™ 4099 Instrument Microphones, all of which will be on show at IBC 2019. For broadcasters, one of the most versatile of these is the d:screet 4080 Miniature Cardioid Lavalier, which is a directional microphone designed specifically for acoustically challenging environments. By offering maximum side rejection and excellent sonic focus, this useful cardioid lavalier captures the human voice with an unusually high degree of definition, thus improving speech intelligibility. It is also acoustically pre-equalised, offering a 4dB presence boost that matches the mic’s chest placement perfectly and makes the voice even more distinguishable. Thanks to this microphone’s flexible and practical mounting solution, it can easily be turned in all directions to fit both left and right buttoned shirts.

At IBC, DPA will also highlight the sonic consistency between its d:screet Lavalier and d:dicate™ Shotgun Microphone solutions, a feature that makes these microphones ideally suited to the fast-paced film and television productions of today. Whether they are on set or on location, sound crews need to deliver consistent sound so that post production engineers can easily switch between audio tracks in the mixing studio. This is particularly relevant in situations where an actor may move too swiftly past a boom or where a wardrobe malfunction causes a lavalier to slip. For those who rely on a combination of DPA d:screet and d:dicate solutions, there is no consistency issue because the sound from both microphones is almost identical. Furthermore, both solutions, including the popular 4017B and 4018G Shotgun microphones, can be unobtrusively connected to a wireless system via a DPA connector.

The new 4097 Choir Mic also features DPA’s famous flat off-axis supercardioid pattern and, like all DPA microphones, has been designed to be one of the most natural-sounding solutions available. Thanks to its very high-gain-before-feedback and off-axis characteristic, the 4097 makes the entire choir sound natural, from all angles. Sound engineers wishing to use multiple mics on the choir can now easily mix the various parts of a choir and blend them together without having to fight the artifacts created from uneven mic pick-up patterns.

DPA will be showing all of these microphone solutions – and more – on booth 8.D70, in conjunction with its Benelux distributor AMPTEC. Listening stations will be available so that visitors can hear the microphones for themselves.