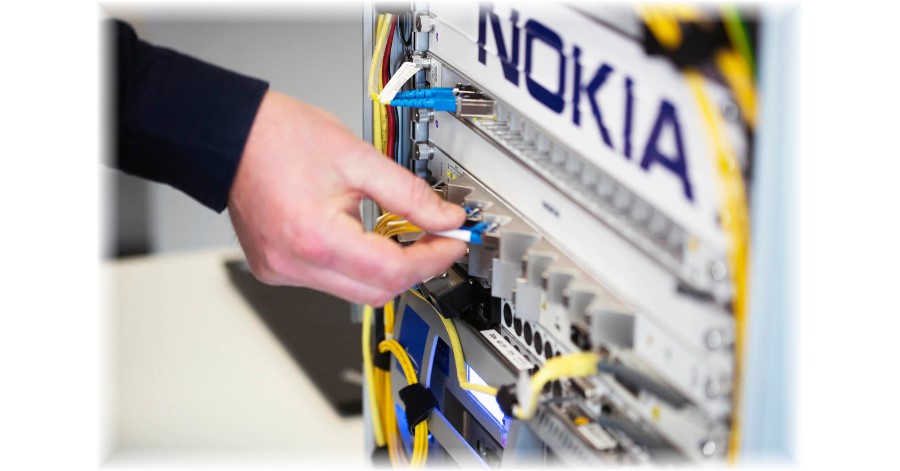 •    The PoC demonstration from Nokia Bell Labs achieved speeds of up to 100 Gb/s on a single PON wavelength
•    The Nokia Bell Labs 100G PON prototype is the world’s first application of flexible rate transmission in a PON network.

In the long-standing partnership between both the technology leaders, they have achieved multiple industry-firsts, including the world’s first single-carrier terabit-per-second field trial, setting optical transmission capacity record over etisalat by e&’s fiber network in the UAE.

To achieve 100 Gb/s on a single wavelength, Nokia Bell Labs used pioneering digital signal processing (DSP) techniques. Once advanced DSP is adopted, the steps to 50G and 100G are straightforward and 100G could be commercially available in the 2030s.

The PoC is Nokia's most recent industry-first in fiber access, following XGS-PON, TWDM-PON, and 25G PON. 100G PON could be commercially available in the 2030s.

Marwan Bin Shakar, Senior Vice President/Access Network Development, etisalat by e& said: “Fiber networks are fast evolving into becoming the backbone of the entire telecommunications sector as they play an important role in delivering any service to any end point, including residences, businesses, and cell sites. As their use case evolves, they must become quicker, smarter, and more cost-effective. We are thrilled to have showcased a working prototype for 100G PON with Nokia. Our partnership with Nokia is a demonstration of our commitment to maximise value for our customers and bring positive change to their lives in the age of digitalisation. Through our partnership, we are looking forward to continuing our efforts in bringing in the best-in-class solutions to our customers and enabling the adoption of innovative technological solutions within the UAE and the region.”

Samer Makke, Head of the Customer Team for etisalat by e&, UAE, at Nokia, said: “etisalat by e& is a pioneering operator in the region and we are proud to have demonstrated our industry-first prototype technology with the company. Fiber broadband continues to evolve and will play a critical role in enabling services for enterprise customers, premium consumers, and supporting 5G rollouts. 10G XGS-PON is now mainstream; the first 25G city is a reality; and 50G and 100G are being developed. This just shows the unlimited potential of fiber broadband.”

Nokia and UNICEF partner to bridge the digital divide in Senegal.

Nokia to upgrade VodafoneZiggo’s IP interconnect network in The Netherlands.

Nokia and O2 Telefónica Germany achieve breakthrough with 5G 2CC Uplink Carrier Aggregation in a commercial network.
back to top