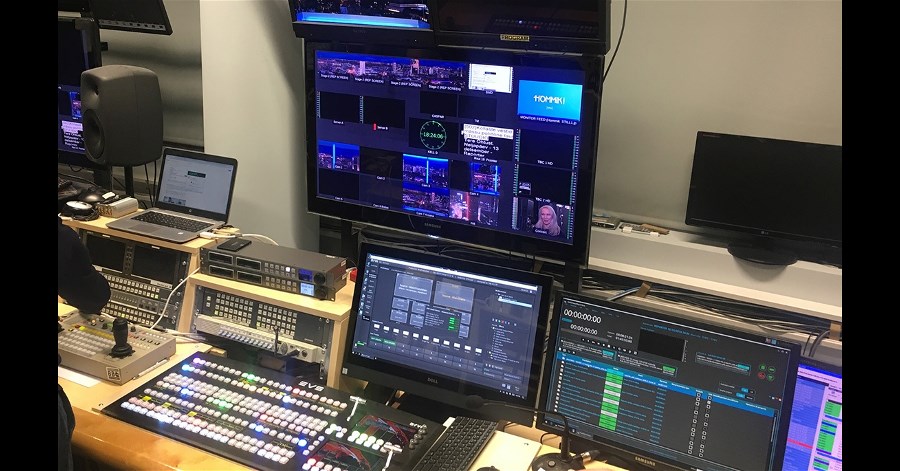 Liège, Belgium, May 2019 - Dyvi’s fully customizable design means it can be easily configured to precisely suit any production or creative need. Moreover, with Dyvi, it is very quick and easy to load a production configuration from one show to another. This makes it ideal for a busy broadcast center environment where productions can take place back to back, run from a single control room serving one or multiple studios. The switcher panel layout (and user layout) are therefore loaded accordingly. With less than one week of on-site configuration and training required, Kanal 2’s production team has swiftly transitioned from its legacy switcher to Dyvi, without the need for any additional support. The new EVS production switcher is used daily for a variety of studio productions including news bulletins, weather forecasts, talk shows, magazine programs and sports broadcasts.

Combining the main program output and the on-camera video wall control enables one operator to seamlessly orchestrate the entire show from Dyvi without requiring extra resources. By using simple offsets and substitution tables in Dyvi, content can be easily fed to screens that have a canvas well beyond HD/1080p. 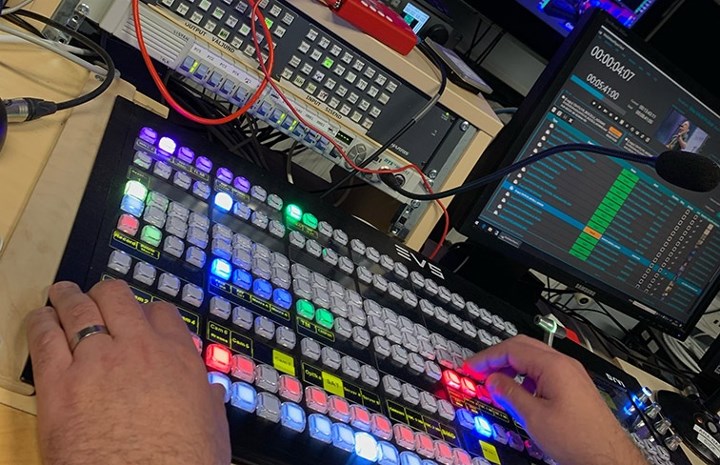 Toivo Taremaa, Head of AV Technology at Kanal 2 who oversaw the deployment said: “Dyvi is unlike any other production switcher out there. By embracing its new GPU and software-defined approach to live production, we can do more than ever before. Being able to drive our studio screens via our switcher, while we produce our programming is a game-changer. And if we need to, we know we can easily scale it to meet our future demands. Overall, we’ve found Dyvi to be very flexible, intuitive and reactive, and it has really freed us up to be more creative across all of our productions.”

Because of its unique software-defined and GPU architecture, which is presented in an easy-to-learn, easy-to-use and easy-to-implement package, Dyvi’s adoption across multiple live video production segments is increasingly widespread. When compared to a traditional production switcher, the compact GPU-enabled platform processes complex and multi-layered video designs, powerful effects and graphics at the simple touch of a button.
Dyvi also enables easy scaling up by adding several processing modules together in a cluster, each providing 32 inputs/16 outputs (SDI/IP) and GPU processing power. Dyvi’s processing modules and customizable panels can be assigned to multiple galleries to provide better resource utilization or be combined for bigger production requirements.

Kanal 2 purchased its Dyvi through Avec Est Oü (EVS Channel Partner in Estonia), which was on hand throughout the deployment and on-site training process.