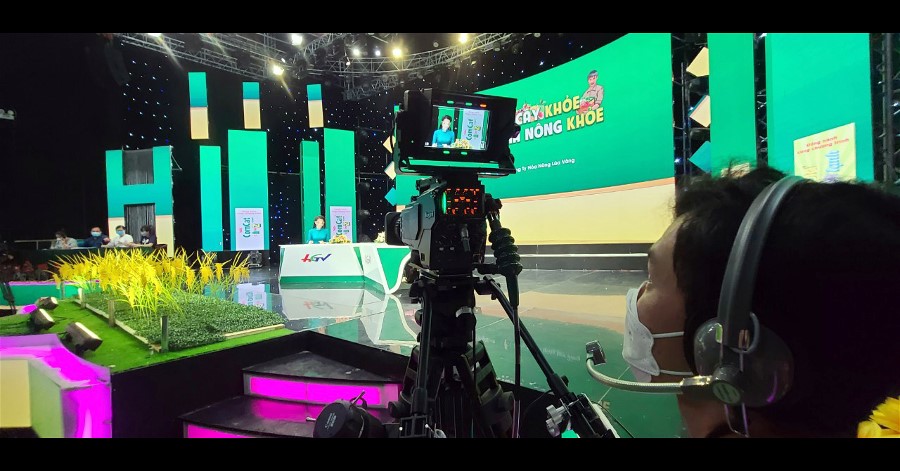 Vietnamese broadcaster Hau Giang Province Radio & Television (HGTV) has chosen Ikegami cameras for deployment in a 4K-UHD OB vehicle. The project forms part of the station's new HD terrestrial digital television service which was launched at the beginning of this year. Its aim is to continue expanding HGTV’s declared ethos – Enriching knowledge and connecting the community.

Hau Giang, Vietnam, April 4th, 2022 - HGTV transitioned from SD analog to HD digital terrestrial television broadcasting on January 1st, 2022. Progressing from SD to HD to on all its platforms, it is now gearing for the anticipated 4K-UHD future by upgrading its technical resources to provide full support for 4K-UHD content creation.

HGTV has operated Ikegami HD cameras in its OB workflow since 2012. Acknowledging the high picture quality and long term reliability of Ikegami equipment, it has now invested in six UHK-430 4K/HD portable camera systems plus a UHL-43 multi-purpose UHD/HD digital camera. These will be operated as a fully integrated facility from the newly equipped vehicle.

The Ikegami UHK-430 is a 4K-native camera system with simultaneous UHD/HD processing. Its three 2/3-inch CMOS sensors provide high picture quality plus the depth of field needed for live and recorded 4K-UHD and HD productions, both in the studio and on location. An optional media-over-IP module for the Ikegami CCU-430 control unit allows 4K-UHD video plus additional signals such as intercom and return-video feeds to be exchanged with a local IP network hub over a lightweight optical fibre instead of requiring multiple copper cables.

Ikegami's UHL-43 camera employs the same 4K sensors as the UHK-430 to provide the optimal match of colour reproduction. As a smaller counterpart of the UHK-430, it can be used in applications such as robotics, or crane-mounted. HGTV plans to operate the UHL-43 for electronic newsgathering with a compact wireless transmitter linking back to the control vehicle.

Hau Giang Province Radio & Television Station (www.haugiangtivi.vn) was established on February 23rd, 2004 at the decision of the Provisional People’s Committee of Hau Giang province. From being the youngest radio and television channel in the region, HGTV has become one of the three most popular TV channels on the Mekong Delta according to independently compiled rating data.

Ikegami is a leading supplier of high-quality professional broadcast equipment. The Ikegami name is recognised globally for state-of-the-art television cameras, medical cameras and CCTV equipment. With more than 30 years of experience in the Vietnamese broadcast industry, Ikegami continues to redefine and render cutting-edge image technology by providing engineering excellence in the upcoming UHD and IP-network era as well as the expansion of technical support and maintenance services. World-class CMOS imagery, 4K and 8K technology, multi-format flexibility and unparalleled customer support define the Ikegami experience for users in broadcast, sports venues, mobile production, houses of worship, education, corporate and many more applications.

Ikegami to Promote Latest Additions to its Range of Broadcast Cameras and Monitors at Hamburg Open.
back to top