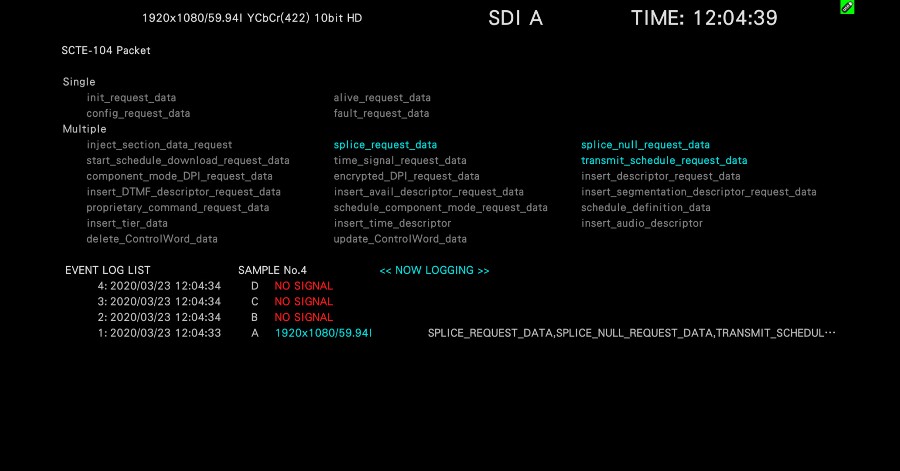 Leader, a globally active producer of high-grade test and measurement solutions, announces new enhancements to models in its ZEN range of waveform monitors and rasterizers. Each enhancement can be implemented as a free-of-charge download to the relevant optional firmware plug-ins.

SCTE-104 messaging is being used by an increasing number of broadcasters to communicate the start points of commercials, program splice points and related data. SCTE-104 ANC data analysis is now available for all Leader ZEN series waveforms monitor and their equivalent rasterizers. The detected packet type can be superimposed on the picture.

This enhancement supports video-over-IP measurement within the SMPTE ST 2110 and SMPTE ST 2022-6 standards, including buffer measurement based on SMPTE ST 2110-21. New features provided include simultaneous measurement of packet jitter and precision time protocol of a redundant transmission line. Also included is the ability to check the margin of a transmission path by adding jitter to the IP output pattern. Further additions include enhanced functions such as a lip sync pattern output for measuring timing and phase relationship between video and audio.


EIA-708 is the standard used in closed captioning for ATSC digital television streams across the United States and Canada. Captions are injected into video streams as picture user data. This new measurement capability supports 4K video delivered via 3G-SDI quad link and 12G-SDI.