Telemetrics Robotics And Camera Control Technology Helps The National Assembly of Azerbaijan Get Its Message Out. 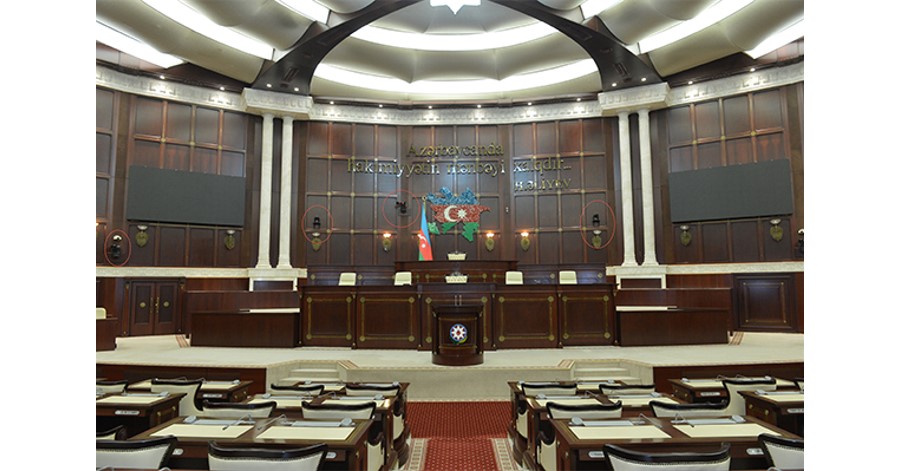 The National Assembly of Azerbaijan, or Milli Majlis, is the country’s legislative branch of government that regularly holds meetings and legislative sessions that affect the nearly 10 million citizens. In an effort to provide its citizens with transparency, the government has established Parliament TV, a daily program seen via TV and the Internet—in high definition resolution—that keeps viewers abreast of the latest proceedings.

Telemetrics HD PTZ systems were installed in each of the meeting rooms. These new PTZ cameras helped the National Assembly cost-effectively transition to full HD operations and expand the system capacity in order to get more control over the cameras and Pan/Tilt heads in the building, which were also supplied by Telemetrics. 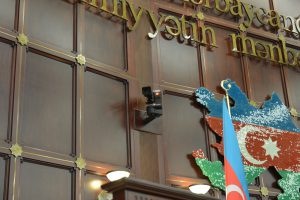 The best part about the new Telemetrics PTZ systems, according to Gunduz Suleymanov, General Director at systems integrator Mediatech/Promix (based in Azerbaijan), is that they are very easy for the three Parliament TV operators to use. A few simple button pushes on the Telemetrics RCCP-1A Remote Camera Control Panels with Legislative software is all it takes to manipulate the camera to the desired angle and focal point. The panel also includes special reFrame™ Automatic Shot Correction technology, which helps Parliament TV’s operators trim the shot if a government member should move out of frame. The software realigns the camera and makes quick adjustments automatically, while the meeting is happening.

The two Telemetrics RCCP-1A LGS control panels include the ability to synchronize presets and camera control functions and make extensive use of the Telemetrics Enterprise Database System (EDCS). The Telemetrics EDCS provides complex camera control by utilizing a SQL database with configurable access control. The technical team used to control the cameras from three different control panels, the EDCS server keeps all necessary data and metadata under a single user interface on the RCCP-1A control panel. This helps keep track of stored camera position and cameras settings, which can be easily recalled from the panel. 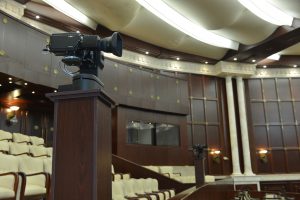 With the EDCS software all aspects of a robotics camera control are managed for the entire system at Parliament TV. It also provides seamless operation between the two controllers, with all operator and device settings accessible from either meeting room. Up to date robotics and camera settings are immediately available on each RCCP-1A control panel, making it easy to change camera positioning/setting in ether room from one locations.

“While we chose the full size Sony cameras for the in the main hall due to the focal lengths required and insufficient illumination of the hall,” Suleymanov said. “In the small rooms the PTZs were the better choice because of the sizes of the rooms and the good lighting conditions. Either way we are providing the kind of transparency the citizens of Azerbaijan are entitled to.”

Giving a single operator the freedom and flexibility to control all of the cameras in the Hall has resulted in captivating multi-camera coverage of the Parliament’s proceedings. And the fact that they can store camera settings for later recall—all pan, tilt, and zoom settings can be stored in the system as a preset on the RCCP panel—means that meeting set ups are quick and easy. Also, the organization’s three operators can manage all of the recordings from the Main Hall and two meeting rooms.

“That makes everything is fast and stable,” Suleymanov said. “Also, I can’t say enough good things about the onsite support we received from Telemetrics. That’s the most important thing for us. We could not have put the system together so quickly if it were not for their engineering team. We now have a system that works perfectly every day that the government meets, and that’s important for the people of Azerbaijan.”

AmyDV: Partnership agreement with Telemetrics Inc. to supply and support its effective products in Greece and Cyprus.
back to top