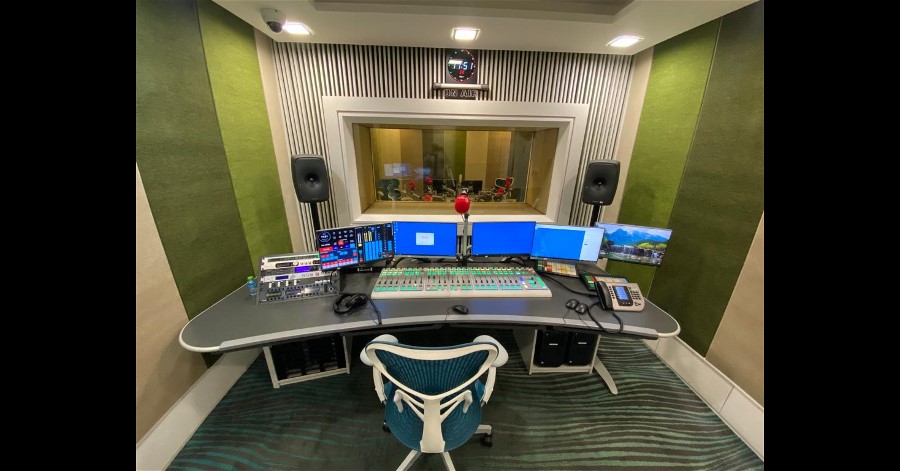 Built in 1980, Bahrain radio, with seven radio stations, was long due for a revamp. The recent USD6,5m turnkey project, which is the first phase, has launched this facility into the digital realm. The entire facility has been refurbished, from nine radio studios and control rooms to the MCR (Master Control Room) and CAR (Central Apparatus Room), with a parallel overhaul of furniture, equipment, automation systems, radio library and acoustics.

By deploying digital solutions in all areas of the facility, the radio section of the Ministry of Information Affairs (MIA) has essentially migrated out of an analogue environment. Dubai systems integrator GloCom was tasked with the challenge of undertaking this overhaul right in the midst of the 2020 lockdown, and it delivered, ensuring that the existing service was not disrupted at any point in time, and also digitizing the department’s radio library archive. While the main centre of the project was in Isa Town, related civil work also took place at various other sites.

“Bahrain Radio is one of many projects the MIA has completed in recent months, with more due for completion this year and next. Much of this renovation has been possible thanks to the support of Prince Salman bin Hamad bin Isa Al Khalifa, Crown Prince and Prime Minister of Bahrain,” says Eng Abdulla Ahmed Abalooshi, Assistant Undersecretary for Technical Affairs at the MIA.

“Our radio station and studios were built in 1980. They were really old, and we used to have the occasional breakdown with no support available for them. All our FM and AM stations are processed in these studios and go through the MCR; our radio channels are also available on satellite and OTT. With this project, we have transferred our entire radio technology to a digital platform and have added a few elements that will make life easier for the production people in our radio department,” he explains.

At the core of the set-up is a Lawo-based MADI architecture that covers all seven on-air studios and allows the control room to serve as a self-operating studio.

The MCR, the heart of the station, includes a 15 FM station automation system with full redundancy, enabling the department to scale up in the future and add another six FM stations. It also includes four 80’’ LED walls, a brand-new Lawo Vistool for audio monitoring and a Lawo VSM monitoring solution. A big part of the project was the replacement of a legacy Dalet system with the latest radio automation system from RCS.

The studios are connected with the MCR through fibre (MADI) with physical AES/ANA cables for redundancy. The CAR was also designed with a centralized audio router (MADI) from Lawo.

“This project was contracted to us in October 2019, but Covid-19 resulted in severe challenges in terms of shipments, permits to work on-site and so on – but we worked closely with the customer and our logistics team to circumvent this. […] There were also technical and operational complexities for GloCom to address. The channels were on air. Shifting one studio system to the other and ensuring people were happy with the set-up and removing the bulk of spaghetti wire was quite challenging.” Despite these obstacles, the project, signed off in October 2020, was delivered on time. For GloCom, one of the biggest challenges was managing the workflow of the Quran station. “With our highly qualified engineers, and with support of the MIA team, we achieved that without an operator. With the successful integration of the RCS automation and Lawo, all the stations played the Azan on time for one calendar year, without any delay.”