AETA: Encouraging The Conversation in Africa.

We know how important it is for populations around the world to have access to reliable information, and also the possibility to voice their opinions, concerns and questions. Broadcasters play an important role in encouraging this conversation, but to do so successfully, they also need to be able to depend on quality products and technical support to ensure there is no failure in the communication chain.

For AETA Audio Systems, it’s essential that station staff has access to safe and reliable remote broadcasting gear, no matter which corner of the world they are located, and whether they are broadcasting from the studio or the field. 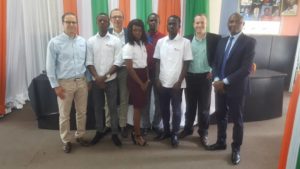 Take, for example, Africa. For many years, AETA has been working with local partners to facilitate the fair flow of information from both the authorities and the population. It’s vital for radio broadcasters (public or private, large or small) to be covered when it comes to having the right tools that allow them to create and air timely — and often life-saving — programs to their audiences.

The Power of Radio 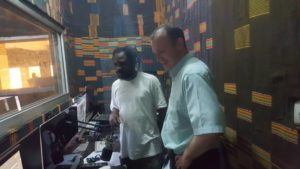 In Africa, radio still has the broadest geographical reach and the largest audiences compared to the internet, television and newspapers. It’s cheap for those who can’t afford expensive smartphone and mobile data plans and can provide information, education, entertainment, and more.

We believe communication is fundamental in the political and economic development of any country, and broadcasting is certainly an important form of communication. The Oxford English Dictionary defines communication as, “The imparting or exchanging of information by speaking, writing, or using some other medium.”

The key here for AETA is “exchanging of information,” as in collaboration or discussion. And our goal, through providing trustworthy broadcasting equipment in the form of simple and safe audio links, is to enable both large stations, as well as the single reporter, to easily connect with their audiences, encouraging a two-way and democratic dialog.

As part of this mission, we continue to work closely with Africa. At a continental level, for example, AETA has over the years supplied many Scoop5S-IP units to the Bank of Africa. This has allowed the organization to share simultaneous multi-language translations from its meeting rooms to many other institutions around the world.

At a regional level, AETA has been very active in Southern Africa in collaboration with our local distributor SoundFusion. In that area, we offer extensive technical support to many community radios as well as to larger institutions, such as parliament and the ministry of international affairs.

In French-speaking western Africa, we’ve participated in many seminars in collaboration with our local partner AVS solution, and on those occasions took the opportunity to visit various radio organizations, such as the national public broadcaster RTI and Radio Alpha Blondy. 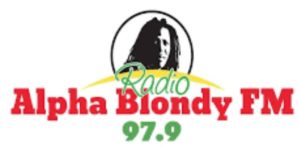 In addition, we’ve donated many of our Scoopy codec to city halls around Abidjan to help in their local radio projects and to facilitate communication at a local level for all citizens, again with the goal of facilitating exchange and conversation. 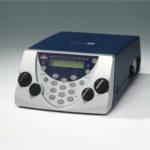 Finally, in Nigeria our partner Ecalpemos Technologies has delivered many Scoopfone and Scoopy+ units to the community, and we also have a presence in Tanzania, through our local partner Energy and Telecom, as well as Rwanda, Senegal, Angola and Mozambique.

Nelson Mandela stated in in 2003 during a speech at the University of the Witwatersrand South Africa, “Education is the most powerful weapon which you can use to change the world.” We know we can’t change the world overnight but we’re proud of our success stories and contribution thus far to this vast and varied continent and the relationships we’ve built with our local partners and customers.

We see this as just the beginning of a very long path. One that will facilitate, even if in some minor way, the of exchange of information, education, and more — encouraging the conversation.

AETA Audio Systems embed AAC LD-ELD coding algorithms into all its products in production as of September 2021.

Webinar: Audio over IP Codec Evolution by AETA Audio Systems.
back to top