Technicolor uses Baselight to create light and shade in His Dark Materials. 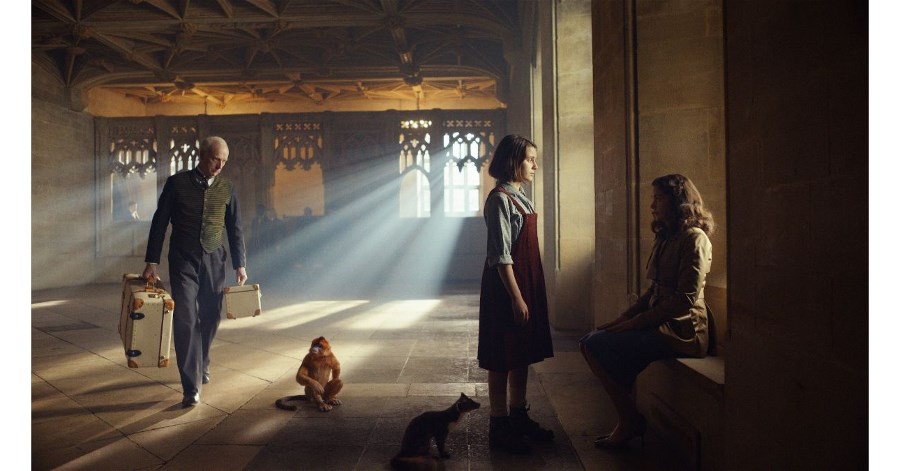 London, 18 December 2019 - One of the most awaited drama series of 2019, His Dark Materials, produced by Bad Wolf for BBC and HBO, was finished at Technicolor in London. With a story set in a parallel universe that seems like the Britain of a century ago, and with fantastic elements such as giant armoured polar bears and ever-present “daemons” – animal representations of the human soul – the production is a tour de force of visual effects, and therefore somewhat demanding of the colourist, Jean-Clément Soret. 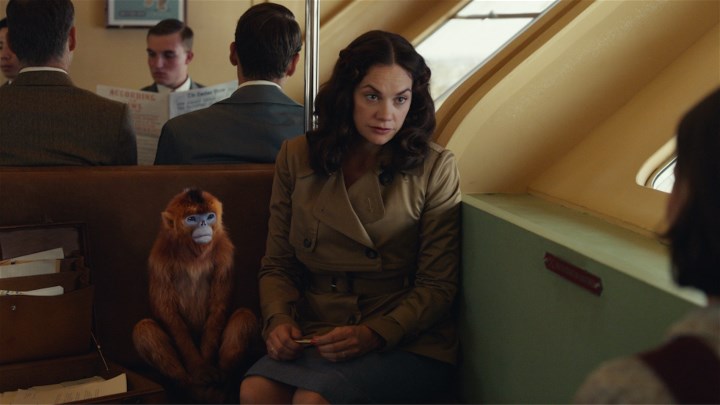 “Over the eight episodes of series one there were four directors and DoPs,” Soret explained. “Justin Brown was DoP for the first two episodes, and I had worked with him a lot in the past on commercials so we had a strong understanding of where we wanted to go. I was really happy to be able to collaborate with him again.

“Justin shot some tests – with the real locations, actors and costumes – in both 35mm and digital,” he continued. “It always surprises me how different film looks! What the tests did was allow us to create a core feel. The decision was also made to add a bit of subtle film grain throughout the episodes. The Technicolor colour science team in LA then created a LUT for Baselight, which gave us that same film feel with the digital footage.”

One of the challenges of the story – based on a trilogy of novels from Philip Pullman – is that each human character has a daemon, and humans are rarely seen on screen without their daemons around them. That meant a large number of VFX shots to insert the CGI daemons. “I found that when it came to the integration of the VFX, contrast and colour was key. The film LUT, together with the control of sharpness and softness from Baselight, was a great help.” 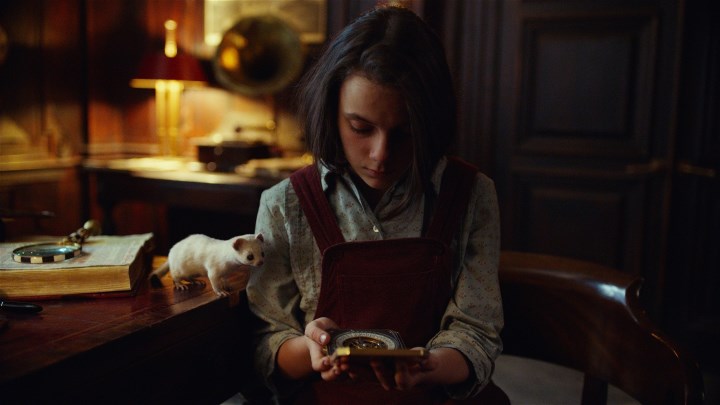 The first series – based on Northern Lights, the opening novel of the trilogy – moves from an Oxford college bathed in warm sunshine to “The North”, Pullman’s name for the Arctic, where the first battles take place. “We may have set the feel in the first episode, but the story develops through different worlds and different eras, so the grade naturally develops,” Soret said.

“With different directors and DoPs across the series, the colourist has to provide the backbone of the look, to create consistency while respecting each cinematographer,” he added. “Baselight allowed me to set the key looks then develop them naturally, freeing me from a constrained palette and allowing us to create a convincing visualisation of this rich and complex story.”

As well as remarkable creative control, the Baselight grading facilities at Technicolor also provided critical support in the workflow, by giving free access to all the raw footage from the series as well as the VFX shots as they developed. The practicalities of creating eight hours of premium drama in a television timescale meant that grading on specific episodes took place when directors and DoPs were available for supervision. That meant that Jean-Clément Soret could be working on three or four episodes at any one time.

The result is an engaging, enthralling drama that looks ravishing and chilling in turn. This first series is broadcast on BBC1 and HBO in November and December, while the second series is already in production.

FilmLight teams up with ARRI in Paris creative community.

Latest FilmLight Colour Day to be held at NAB2019.

FilmLight activates v5 for Baselight STUDENT.
back to top