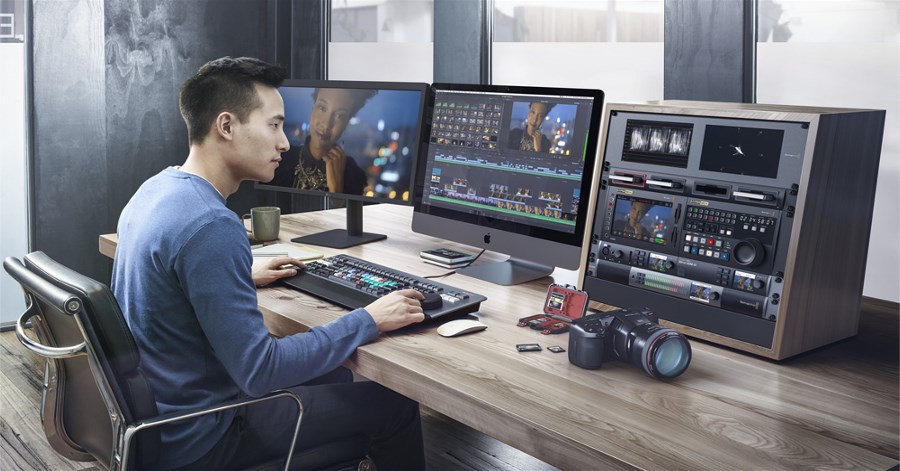 While Blackmagic Design is announcing the final release of DaVinci Resolve 16.0, we are also introducing a new public beta of DaVinci Resolve 16.1 that has innovative new features. This new public beta will let us continue to develop new ideas but also collaborate with customers to ensure they are refined in the correct way to work in the real world.

As the large film studios that use DaVinci Resolve for most of the world’s feature films need to get their systems updated before the next programming season starts, this new public beta lets Blackmagic Design continue to develop new ideas without causing delays for the large studios who need a finished and well tested release of DaVinci Resolve. The new features are focused mostly on the new cut page, which we are continuing to work on in our goal to make it the world’s fastest editor. Our goal is to allow customers to dramatically decrease the total turn around time for complex work.

Changes in the bin now allow customers to place media in various folders and isolate clips from being used when viewing clips in the source tape, sync bin or sync window. Clips will be seen in all folders below the current level and as customers navigate around the levels in the bin, the source tape will reconfigure in real time. There's even a menu for directly selecting folders in a customer’s project. 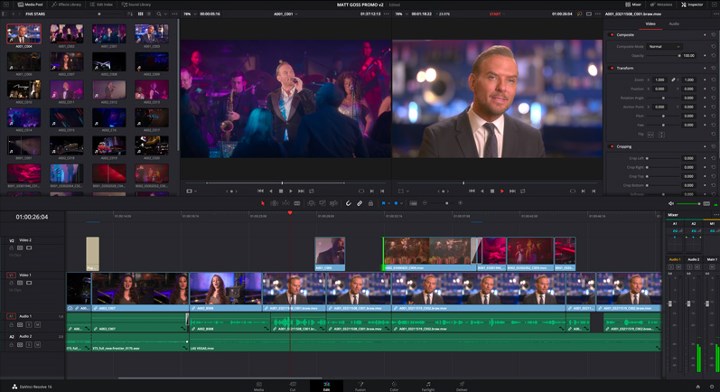 An exciting feature to be added in this public beta is the new Smart Indicator. The new cut page in DaVinci Resolve 16 introduced multiple new smart features, which work by estimating where the editor wants to add an edit or transition and then allowing it to be applied without the wasted time of placing in and out points on the exact locations of the clips.

This is fast because the software guesses what the editor wants to do and just does it by adding the inset edit, or adding a transition to the edit closest to where the editor has placed the CTI. The problem is in complex edits, where it is hard to know what the software would do and which edit it would place the effect or clip into. This is where the new smart indicator provides a small marker in the timeline so customers get constant feedback on where DaVinci Resolve will place edits and transitions. The new smart indicator constantly live updates as the editor moves around the timeline.

One of the most common feedback items requested was a faster way to cut clips in the timeline, and now DaVinci Resolve 16.1 includes a cut clip icon in the user interface and simply clicking on it will slice the clips in the timeline at the CTI point. This is incredibly fast to use as with one button click, the clips are cut immediately.

Multiple changes have also been made to the new DaVinci Resolve Editor Keyboard, including a new adaptive scroll feature on the search dial, which will slow down a job when editors are hunting for an in point, all automatically. The live trimming buttons have been renamed to the same labels as the functions in the edit page, and they have been changed to trim in, trim out, transition duration, slip in and slip out. The function keys along the top of the keyboard have now been taken and used for various editing functions.

There are additional edit models on the function keys allowing more types of editing directly accessed from dedicated keys on the keyboard. There's also a new transition window that uses the F4 key and pressing and rotating the search dial allows instant selection from all the transition types in DaVinci Resolve. Customers who need quick picture in picture effects can use F5 and apply them instantly. 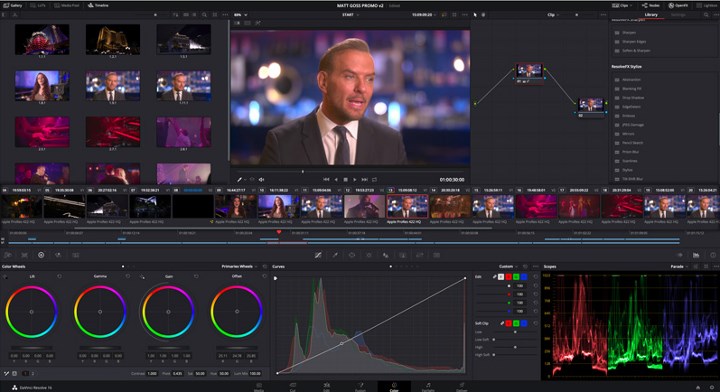 Sometimes when editing shows with tight deadlines there is little time to continuously play the edit to see where the edit gets a bit boring. DaVinci Resolve 16.1 introduces a new Boring Detector that allows the whole timeline to be highlighted where any shot is too long and would be boring for a viewer to watch. The boring detector can also show jump cuts where shots are too short as well. The analysis is constantly showing which parts of the timeline are boring so as editors work and add shots to their edit, they can see the remaining parts of the edit which are considered boring. The boring detector is great when using the source tape, as editors can perform a lot of edits without playing the timeline, so the boring detector will be an alternative live source of feedback.

One of the most powerful features of DaVinci Resolve 16.1 is the new sync bin. The sync bin is a digital assistant editor whicho constantly sorts through thousands of clips and finds only the clips customers need and displays them synced to the point in the timeline customers are on.

The sync bin will show the clips from the cameras on a shoot all stacked by camera number and the viewer will transform into a multi view so customers can see what options customers have for clips that sync to the shot in the timeline. The sync bin uses date and timecode to find and sync clips, and simply by using metadata and locking cameras to time of day, customers can save time in the edit. 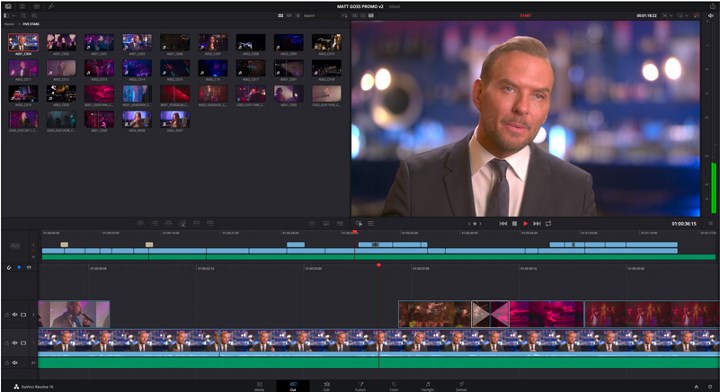 The close up edit feature has now been enhanced in DaVinci Resolve 16.1 and it now does face detection and analysis and will zoom the shot based on positioning the face of the person nicely framed.

If customers are using shots from cameras without timecode then the new sync window lets them sort and sync clips from multiple cameras. The sync window supports sync by timecode and it can also detect audio and sync clips by sound. All clips that have been synced will display a sync icon in the media pool so customers can tell which clips are synced and ready for use. Manually syncing clips using the new sync window allows workflows such as multiple action cameras to use new features such as source overwrite editing and the new sync bin.

"We are excited about this update as it has more new features that bring a totally new way to solve complex editing problems," said Grant Petty, Blackmagic Design CEO. "These new features have never been done before and we are trying new ideas that we have developed in collaboration with our customers. It's very exciting to be doing things that are totally new and never been tried before!" 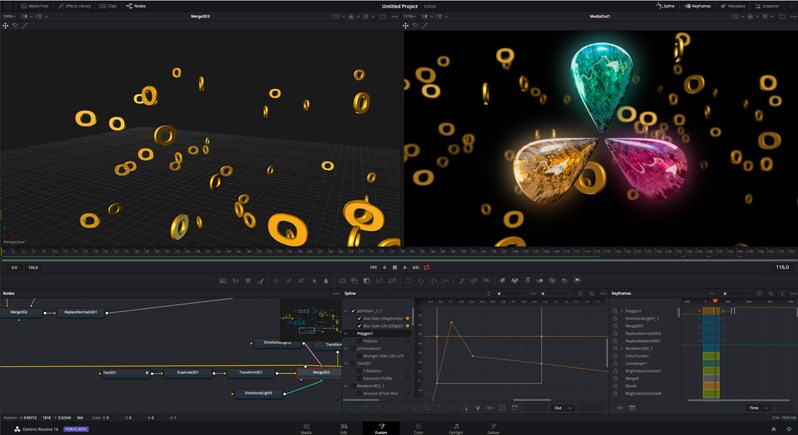