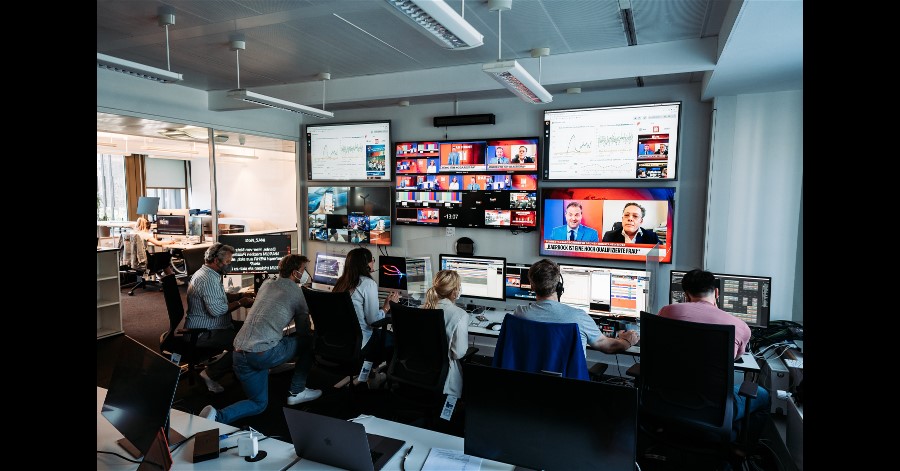 German TV channel BILD TV, which started broadcasting in August 2021, relies on the Octopus X newsroom system from the manufacturer with the same name. LOGIC media solutions GmbH, the German partner of Octopus, managed the project from conception to “go live”. During the process, LOGIC used agile procedures that the company has specified under the term PORTAL Mindset and which are part of LOGIC’s corporate culture and management scheme.

The implementation process was done in two parts. Very soon after implementing the Octopus X system, news and magazines of the Bild TV online offer were able to broadcast online. Octopus X was deeply integrated with supporting systems until the start of linear broadcasting. In its current state, Octopus X is deeply integrated with the MAM system, playout servers, teleprompters and graphics systems. Octopus X offers up to 100 operators simultaneous access to plan and produce the different broadcast formats.

Patrick Markowski, Head of Technology at BILD: “We are very satisfied with the Octopus newsroom system and LOGIC’s support. The system runs flawlessly from the first day of broadcast - and has already been tried and tested at WELT Fernsehen for many years. From configuration and commissioning to the training of our editors and technicians, LOGIC proved to be a very competent and agile partner. This made it possible to implement additional requirements during the project, such as speedy breaking news templates.”

In addition to the usual functions of a newsroom system, Octopus X offers many other tools that support remote working and new digital publishing trends or integrate AI approaches into the workflow. Due to continuous development, Octopus X is perfectly adapted to the needs of news formats. Because of current Covid-19 restrictions, the collaborative functions play out their potential to the full. Editors can work simultaneously on the same script. With the app for mobile devices, journalists and editors have full access to assets and workflows from “remote”. In addition to its extensive core functionality, Octopus X has an open API that enables customisations for additional workflows.

Wolfgang Paul, Project Manager at LOGIC, on the project requirements: “Since the BILD TV channel was planned and realised from scratch, integration of Octopus X with other systems, high efficiency and flexibility as well as collaborative approaches were the focus of the planning and perfectly implemented. Working in partnership with the client, we expanded the brief and extended functionalities of the Octopus X system during implementation – always intending to meet BILD TV’s individual requirements perfectly.”

LOGIC is a German system architect for professional moving picture solutions. After more than 20 years in the market, LOGIC is one of the leading resellers and designers of complex and sophisticated media landscapes. With a dedicated team, LOGIC also leads the migration of professional media production to the cloud.

LOGIC is a Europe-wide certified Amazon Web Services (AWS) reseller and consultant. In Germany, the company is also certified by AWS for the Public Sector and is thus responsible for public broadcasting, among other things. LOGIC works with a number of well-known and innovative manufacturers and offers solutions for live production, file-based productions and customer-specific workflows around moving pictures solutions. In the course of the migration to IP-based production, LOGIC is taking a pioneering role and is implementing the design and infrastructure together with its partners.

Since 2018, LOGIC has been developing its own framework called PORTAL, which enables media professionals to master the migration to the cloud. Using agility and the required technology, PORTAL simplifies highly complex workflows, making them more accessible and faster to implement.

Octopus to unveil latest innovations at NAB 2019.
back to top