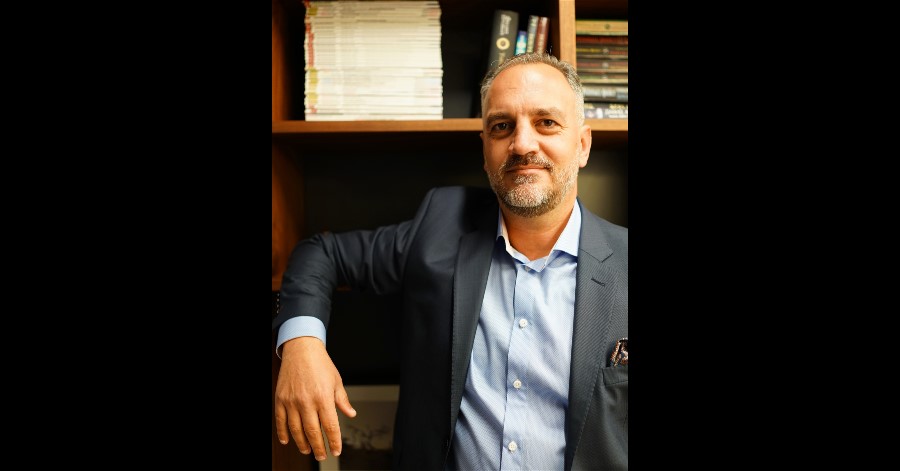 A message from PlayBox Neo founder and CEO Pavlin Rahnev.

Global health concerns raised during 2020 by Covid-19 have increased the importance of television, not just for entertainment but as a shared source of real-world information. Screen-based information, communication and entertainment made the lockdowns more endurable and pleasant for millions of people around the world.

Overall, despite the challenges during 2021, we witnessed sustained demand throughout the year for the PlayBox Neo range of television channel playout and channel branding equipment and services. Orders were particularly strong in the telecommunications sector as major service providers around the world responded to the increasing popularity of terrestrial, satellite and streamed television. We have been busy on projects ranging from system updates and expansion to the complete renovation of playout infrastructure. Demand for our AirBox Neo-20 and Cloud2TV offerings surpassed a total installed base of 19,000 branding and playout channels in Q3, sustaining our position as the global leader in this product and service sector.

Updates to our Channel-in-a-Box, AirBox Neo-20 and Capture Suite were announced during 2021, adding new features designed to make TV channel management, branding and playout easier than ever.

Based on customer feedback, we anticipate increased demand for software-as-a-service solutions such as our established and proven SaaS-based Cloud2TV. The SaaS approach gives broadcasters the ability to respond within days or even hours when called upon to add new program streams.

In conclusion, I would like to express my thanks to our customers for their ongoing loyalty to the PlayBox Neo brand. Also to our distribution partners all over the world, our product development colleagues, sales, marketing and administration team. Their combined effort has sustained PlayBox Neo as the world leader in broadcast playout.

New things to come are scheduled for 2022 and will be revealed as the year progresses. As ever, these will be evolutionary to complement our current range of products and services, whether installed onsite or offsite, owned, leased, pay-as-you-go or operated in any desired hybrid combination.

PlayBox Neo Reports Strong Interest in its Latest Generation Playout Solutions at NAB.
back to top