M6 Embraces The Benefits Of Evertz IP Technology For Its New Playout Centre. 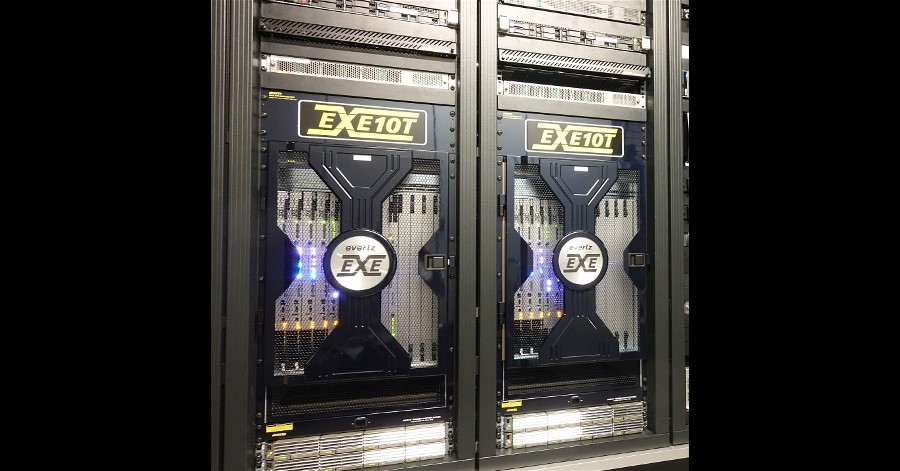 This leading French broadcaster has chosen state of the art Evertz equipment to transform its Master Control Room, creating more space for future channel expansion and making it easier to embrace new formats.

Burlington, Canada - December 1st 2020 - Leading French broadcaster Metropole Television SA (commonly known as the M6 Group) has futureproofed its new Master Control Room near Paris by placing state of the art Evertz IP technology at the heart of its operation. The switch from SDI to IP (ST 2110) will allow M6 to easily incorporate new HD services, new delivery platforms and new video formats such as Ultra HD 4K and 8K. 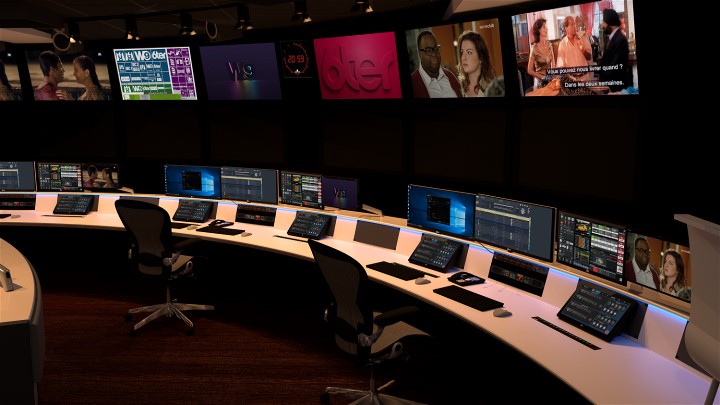 Franck Martin, M6 technical manager, says: “investing in IP technology has made it much quicker and easier for us to add more channels and offer UHD channels in the future. We have also improved the monitoring and ergonomics of our playout center by installing Evertz VUE software, which allows us to manage our video wall to turn on the screens when alarms are triggered. The black screen is less tiring for our technicians and its ignition on alarm attracts more attention, compared to a permanently lit wall. Also, VUE displays video sources and allows switching directly on a touchscreen for easy operation.” 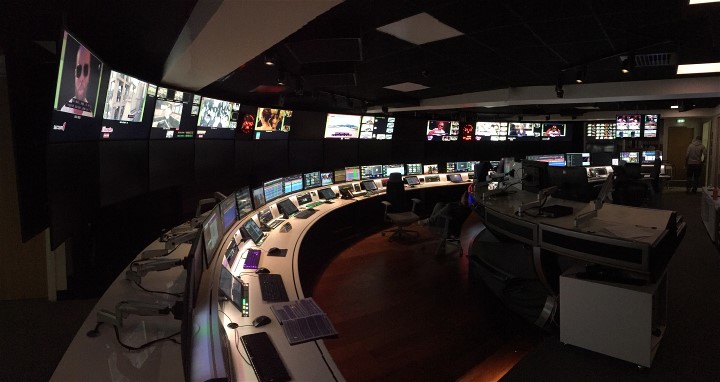 M6’s new MCR features Evertz EXE-VSR IP switch fabric, which provides 46Tb/s of switching capacity and delivers exceptional flexibility and scalability for video transport over IP. Using SMPTE ST-2110, EXE supports up to 13,800 uncompressed HD-SDI signals – and many more when compression technology such as JPEG-2000, H.264, or MPEG-2 is utilized.

The system installed comprises 11 sections – one for each channel path and all with similar sets of equipment. Common to each section is an advanced multi-image display processor with customizable next generation Evertz image processing technology; an Evertz evBLADE offering high density FPGA processing nodes for audio, video and ancillary data processing; a high density Evertz IP media gateway offering conversion between SDI and all common IP formats; an Evertz advanced clean switch to protect the integrity of output video, even when faced with a catastrophic error and an Evertz ST 2110 to HDMI  converter. Each section also includes third party equipment (controlled over NMOS IS-04/05) such as Harmonic media servers, Ross Video graphics engines, an Aeromax audioprocessor system and an SCTE104 inserter. 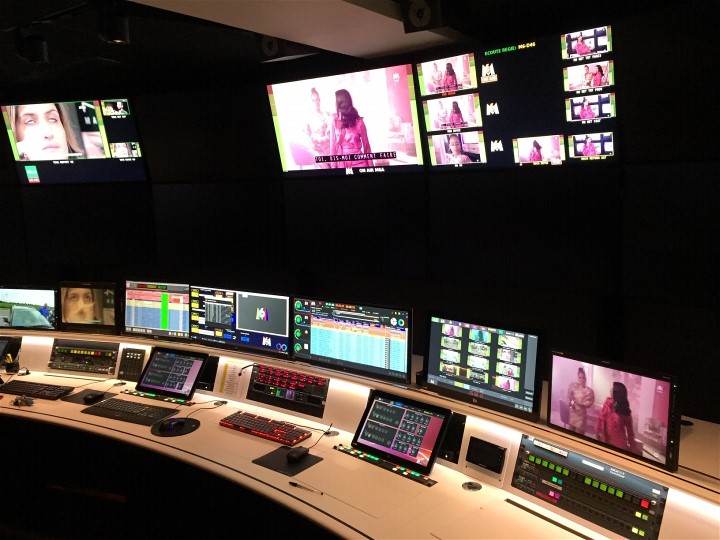 Fabrice Tauzies, Chief Engineer for the playout centre, says: “We built the new MCR in the same location as the old one, so we faced some practical issues regarding space. Obviously, we couldn’t shut down and strip out the old MCR because that was still handling playout for all our channels, so we had to work around it. It was a challenge, but we took our time because we wanted to do it properly and we were not in a hurry.”

M6 migrated to the new system on a channel by channel basis, freeing up rack space for the next channel as it went along. 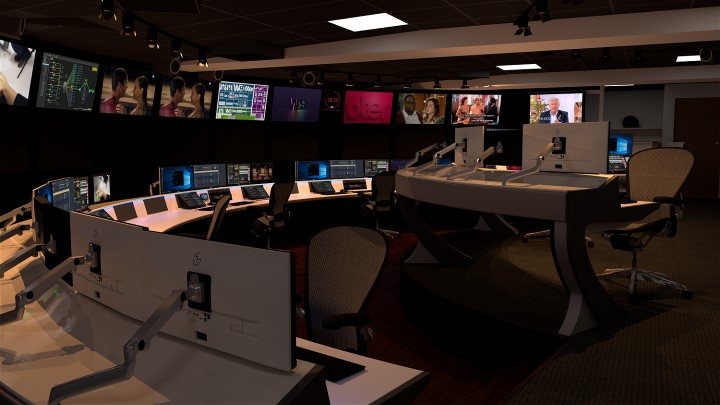 “With our old system, each channel required two racks, but the new equipment is much more compact, and we now only need one rack per channel,” Tauzies says. “This means we have plenty of room to expand when M6 decides to add more channels in the future.”

The success of this project has given Evertz a strong reference for its IP technology in Europe. Robert Peter, the company’s VP International Operations, says: “We are pleased to continue our relationship with the management and engineering group of M6 as they use Evertz IP technology in their upgrade and transformation project.  As this was one of the larger IP / ST 2110 installations in Europe, we were able to work closely with M6 in all stages of the project from solution and design to the deployment and training.  We are very excited to continue to provide local support for the deployment of remaining channels and participation in any future M6 projects.”

Having a solution that can be used for future projects was always M6’s plan, and there is now talk of building a second backup IP playout facility although this is still some way off in the future.

“We have made a big investment and we need to get used to what we have before we build anything else, but we now have a roadmap and any future system will be much easier to implement,” Franck Martin says. “Having an IP based MCR has already brought great benefits in terms of future channel expansion and format expansion with UHD and we are very happy with what we have achieved.”

Evertz and Studer Take Audio Into The IP Domain With Exciting New Products.

Evertz Puts RF Solutions Under The Spotlight at NAB 2022.

Evertz Continues The Transition to the Cloud with new Solutions At NAB 2022.

Evertz Highlights The Latest Innovations For Remote And Live Productions at NAB 2022.

Evertz Continues Its Commitment To The Iconic Studer Audio Brand.
back to top