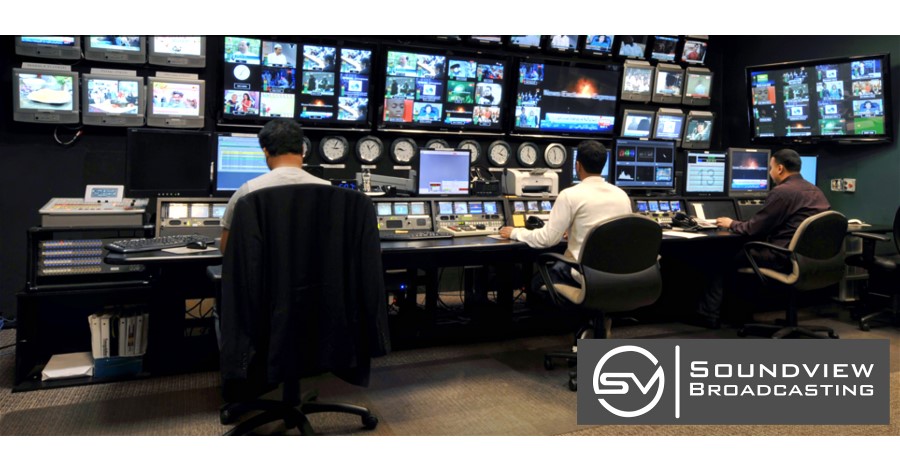 SoundView Broadcasting, a global broadcast service provider, has invested in a PlayBox Neo multichannel playout system for its headquarters in the heart of New York City's TV and motion picture district.

"The new installation comprises latest-generation AirBox Channel-in-a-Box servers in content ingest, master playout and backup configurations," comments SoundView Broadcasting Director of Operations Sarmad Zafar. "They are straightforward to install, configure well and perform very reliably. We also have fast access to support from PlayBox Neo USA if needed. The PlayBox Neo user interface is very operator-friendly, easy to learn and displays exactly the information needed at each stage of the operation from ingest right through to transmission."

"We have provided three of our full size 3U servers for this project," adds PlayBox Neo US Director of Operations Van Duke. "Each is configured with AirBox Neo-19 playout software and TitleBox Neo-19 channel branding software. Servers 1 and 2 include ANSI/SCTE 35 insertion cue messaging. Servers 2 and 3 are additionally loaded with PlayBox Neo Multi-Backup Manager. Server 3 has been installed in an offsite disaster recovery facility."

Founded in 2004, SoundView Broadcasting (www.soundview.tv) provides media services for over 26 international television channels from countries including India, Pakistan, Bangladesh, Egypt, Sub-Saharan Africa and the USA to audiences across North America, Europe, and the UK. In addition to production and distribution services, SoundView Broadcasting also coordinates marketing, advertising, sales and related services for international broadcasters and producers. More than just a broadcasting and production resource, it is a launchpad in the USA for both fledgling and long-established international and ethnic TV channels from every part of the globe venturing into new markets.