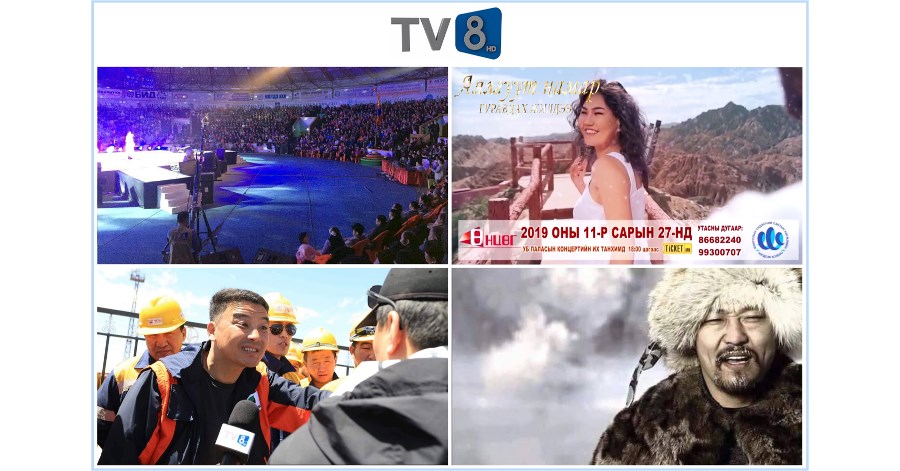 "PlayBox Neo provides highly reliable solutions which our staff have used for many years and find very easy to work with," comments TV8 Technical Consultant, Buriad Ganbat. "Especially important is the ability to insert live content or newly-created interstitials between prescheduled programs when an important news story breaks while we are on air. The user interface provides the information needed for each step of the creative process and alerts the operator ahead of transmission if a significant element still requires attention. PlayBox Neo also gives us the ability to advance into UHD transmission if required at any time in the future."

"Our Neo-19 series software includes all the refinements needed to allow full integration with the operating procedure at TV8 Television," details Iulian Ionescu, Regional Sales Director, PlayBox Neo Asia Pacific. "Every step of the workflow from ingest, playlist preparation and graphics creation right through to transmission can be handled quickly and easily with any desired level of automation."

“Ingest is especially easy as multiple channels of HD or SD content can be captured from SDI digital feeds, analogue sources and MPEG transport streams. Up to four video sources can be monitored on a single screen and controlled via a streamlined user interface. Content incoming to the CaptureBox Neo-19 is available for playback within seconds of capture commencing, an essential requirement for fast turnaround of TV8's news programme.”

Established in 1997, TV8 Television produces a wide range of content for viewers across Mongolia. TV8 transmits via Mongolia's national and commercial terrestrial networks. It is also accessible via the DDISH TV, MonVSaT, MNBC, Univision and Skymedia cable channels.