Archiware joins forces with LumaForge and Backblaze for IBC Show 2019. 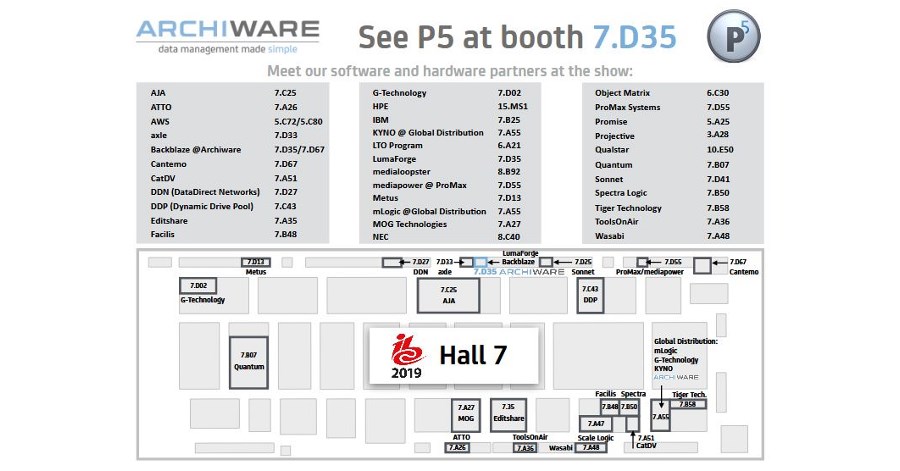 Archiware, manufacturer of Archive and Backup software for the Media & Entertainment industry, showcases its latest advancements at the IBC 2019 in Amsterdam from September 13th - 17th. Highlights include a preview of Archiware P5 version 6, new integrations with KYNO by Lesspain Software, EditShare and Quantum iBlade Libraries, as well as live product demonstrations. Trusted partners LumaForge and Backblaze join Archiware at its booth 7.D35.

A record number of 34 Archiware hardware and software partners are exhibiting at the IBC 2019, including new MAM solutions with KYNO by Lesspain Software and EditShare. To demonstrate compatibility in a live environment, Archiware presents numerous partner integrations at its booth:

A complete list of Archiware partners is available in the IBC Partner Map:
https://www.archiware.com/sites/default/files/atoms/files/Archiware_Partner_Flyer_IBC_2019.pdf