VSN to Showcase Visualisation in News Production and Intelligent Advertising at IBC. 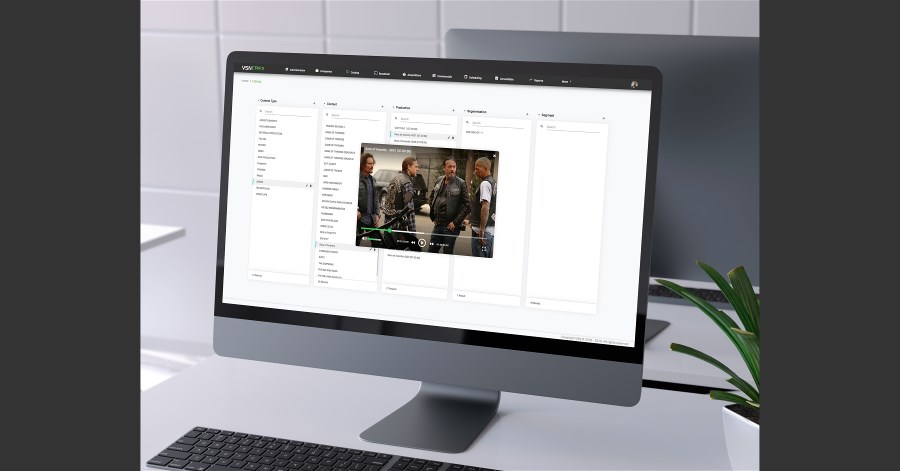 At IBC (Stand 7.B19), media industry software company VSN will showcase how its growing family of flexible, scalable, open standards-based solutions ease, speed and reduce the cost of a range of workflows.

Barcelona, SPAIN - 15 July 2019 - Highlighted on the stand will be the VSN NewsConnect web plugin for news and live production. NewsConnect is the first web plugin for a MAM system that allows for the full customisation of a news production work environment, bringing together all the third party tools required and making them all accessible through the NRCS interface of the user’s choice.

“There are many benefits in moving from a multiple interface environment to the single interface approach that NewsConnect uniquely enables,” said Patricia Corral, Marketing Director, VSN. “Most importantly, it reduces the time spent in creating stories. Journalists and editors now have simple, fast access to the tools that enables them to write their news pieces; locate the video files needed; edit them - including voiceover and CGs; see how the final news piece will look in real-time; and send those news pieces to broadcast or web and publish to social media from almost anywhere in the world.”

NewsConnect allows the visualisation of all the assets and videos stored in the VSNExplorer MAM system – from within the interface of the large majority of NRCS systems including Anova, ENPS from AP, Inception from Ross Video and Octopus. NewsConnect is now also interoperable with iNews from Avid.

“The interoperability and compatibility of NewsConnect enables our customers to handle their news requirements in whatever way suits them best,” continued Corral. “Any media channel/company can decide which systems they want to use when producing their news without having to worry about those systems not integrating well with each other – because, as long as they are MOS-compatible, NewsConnect offers them the flexibility to make news their way.”

“News editors and journalists responsible for news gathering, creation and curation also benefit because NewsConnect puts all the tools they need at their fingertips, easily accessible from one single workspace - the NRCS interface,” she added. “The combination of NewsConnect and VSNLivecom – our studio playout system for building the complete news production - fulfils all the key needs of any media organisation. They represent a complete solution.”

Being showcased for the first time at IBC will be a new intelligent advertising planning module for VSNCrea, VSN’s cloud-based solution for TV, radio and second-screen traffic and scheduling. The new module facilitates the management of advertising campaigns, allowing users to define time slots – such as children’s programming – for content and broadcast control. It also allows prime time broadcasting rules to be defined and time-slot pricing to be managed.

“For instance,” explained Corral, “a user might want to create automated settings to avoid the repetition of a commercial, or to prevent a commercial for alcohol appearing during children’s programming. Users can now automate the planning of their advertising schedule as they like.”

VSNCrea is now fully integrated within the VSNExplorer MAM system, meaning that the user does not need to switch back to VSNExplorer in order to make changes.  A typical advantage of this would be a user wanting to view and edit a frame from a short item that has already been added to the playlist. The user can now see the preview and edit directly within VSNCrea without having to revert to VSNExplorer.
A further enhancement to VSNCrea is the addition of ‘bidirectionality’: changes made in VSNCrea are automatically replicated within VSNExplorer MAM.

“Because it is based on HTML5, VSNCrea can be used from any web browser or device by multiple users simultaneously, allowing them to organise and control the entire channel’s programming at anytime from anywhere,” continued Corral. “It not only improves the efficiency and flexibility of those using it, but it can also make a substantial contribution to a more collaborative way of working.”

VSN will additionally be discussing with visitors the latest developments for its VSNExplorer platform.

“With VSNExplorer, we are moving away from the traditional MAM focus purely on video management to target emerging requirements such as providing the ability to easily preview and manage images, audio or any other type of file,” said Corral. “The result is a solution that is far more in tune with the new realities of media asset management.”

The VSNExplorer BPM module now features a new BP editor that allows the creation or modification and customisation of any business process within the company, giving more autonomy to users looking to implement their own workflows.
Improvements have also been made to the VSNExplorer BI module, which can now access more data sources as well as providing the option to export the results in any digital format such as .docx, .xlsx or .pdf. Parameters can now be edited online, allowing the design of reports to be adapted to specific corporate graphic requirements, for instance. Examples of new reports that can be generated might be the number of pending tasks in a BP; the completed transfers between some nodes in the Media Exchange platform; or the assets published in an OTT platform.

VSN updates its corporative image with the launch of its new logo.

Valsoft enters Media and Broadcasting Vertical with acquisition of VSN.

DPA 4006 Microphone withstands the rigors of space travel to capture Audio from the surface of Mars.

Odessa Live TV Channel equipped with the AEQ Intercom System.
back to top