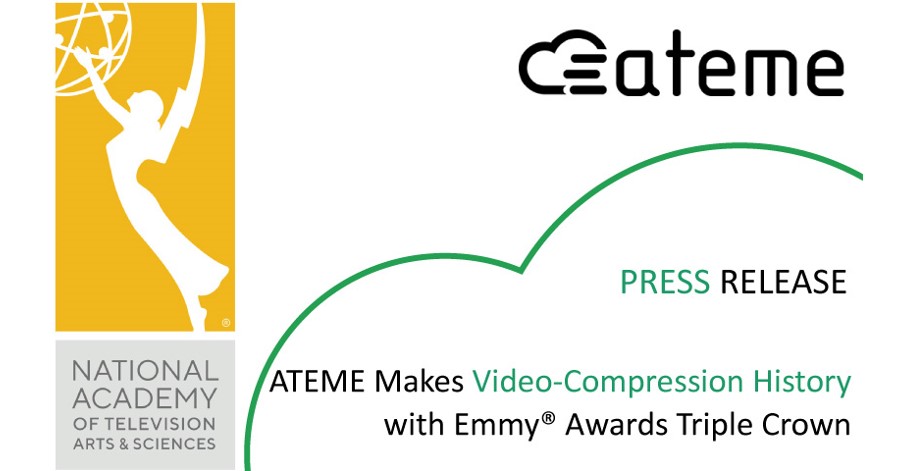 ATEME, the leader in video-delivery solutions for broadcast, cable TV, DTH, IPTV and OTT, today announced it has received three Technology & Engineering Emmy® awards from The National Academy of Television Arts & Sciences (NATAS) for its outstanding achievements in video compression that affect media delivery and distribution.

Paris, Denver, Singapore, Sydney, January 26, 2020 - ATEME, the only company in the industry with full ownership of all aspects of pixel processing, has been recognized by NATAS in three categories:

Overall, the three Emmy® Awards celebrate ATEME’s achievements in optimal integration of all components that impact video quality of experience.

Mickaël Raulet, CTO of ATEME, said: “We are honored to see the work of our experts acknowledged in this way. On behalf of ATEME, I would like to thank the National Academy of Television Arts & Sciences for recognizing ATEME’s future-proof approach to the complex and critical task of video compression.”