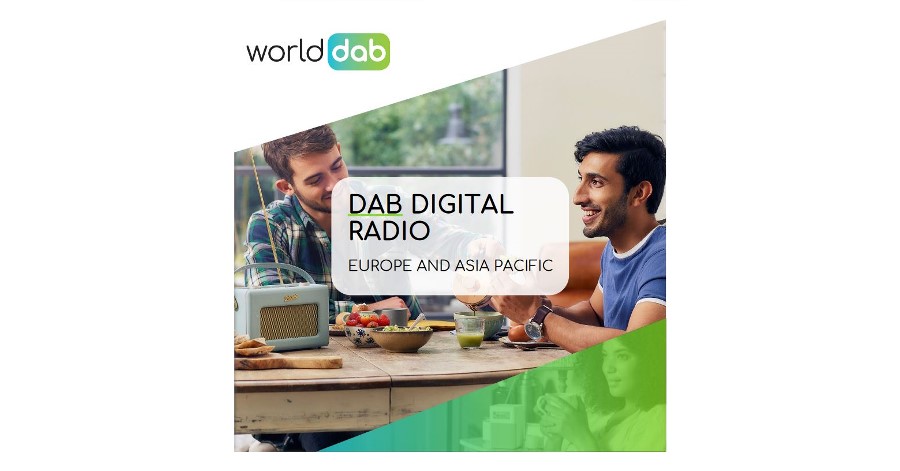 WorldDAB’s latest market report reveals that by the end of Q2 2020, over 93 million consumer and automotive DAB/DAB+ receivers had been sold in Europe and Asia Pacific – up from 82 million one year earlier.

5 October 2020, London, UK - Available to download as an infographic below, the new data published by WorldDAB gives a comprehensive overview of DAB receiver sales, road and population coverage, household penetration and the number of national stations on DAB/DAB+ compared to FM. The report covers Australia, Belgium, Denmark, France, Germany, Italy, the Netherlands, Norway, Switzerland and the UK.

DAB is now firmly established as the core future platform for radio in Europe – a position underlined by a number of recent regulatory initiatives and the growing popularity of consumer and automotive DAB+ receivers worldwide.

On a pan-European level, the European Electronic Communications Code (EECC), adopted in December 2018, requires all new car radios in the EU to be capable of receiving digital terrestrial radio from 21 December 2020.

Several EU countries – including Germany, the UK and Italy – have already introduced regulations to implement the EECC directive into national legislation, while other countries – including France, The Netherlands, Belgium, Denmark, Sweden, Austria, Greece, Czech Republic, Poland and Malta – have initiated procedures to implement the EECC into national legislation.

Key findings from the WorldDAB report include:

• In Switzerland, 71% of radio listening is on digital platforms (39% on DAB+) and plans have been announced for digital switchover between 2022 and 2023

• In Germany, 25% of households own at least one DAB receiver – and a second national multiplex is launching today

• In Italy, following the introduction of rules requiring all receivers to have DAB+ from 1st January 2020, sales of consumer DAB+ radios almost tripled in the first half of the year

• In the UK, 65% of households have at least one DAB receiver – and France, Belgium, The Netherlands and Denmark are all showing positive signs of growth

• In Norway, 100% of listening to national stations is on digital. Total radio reach in July 2020 at 2.8 million listeners is an all-time high

DAB is also seeing significant activity across Africa, Asia and the Middle East. The infographic details the rollout status in 24 emerging markets including information on trials and population coverage.

“In spite of the pandemic, 2020 has been a strong year for DAB+ radio. The EECC takes effect from the end of this year, and interest in DAB+ is growing beyond the borders of Europe, including parts of Africa and the Middle East”, commented WorldDAB President Patrick Hannon. “Most recently, Switzerland revealed its plan for the phase-off of FM services. Germany is launching its second national multiplex today, and France will be launching national DAB+ services in 2021.”

Read-download below the latest infographic

Effective today across the EU: all new car radios to have digital terrestrial radio.
back to top