DRM for FM - Μeasures up to expectations in Indonesia. 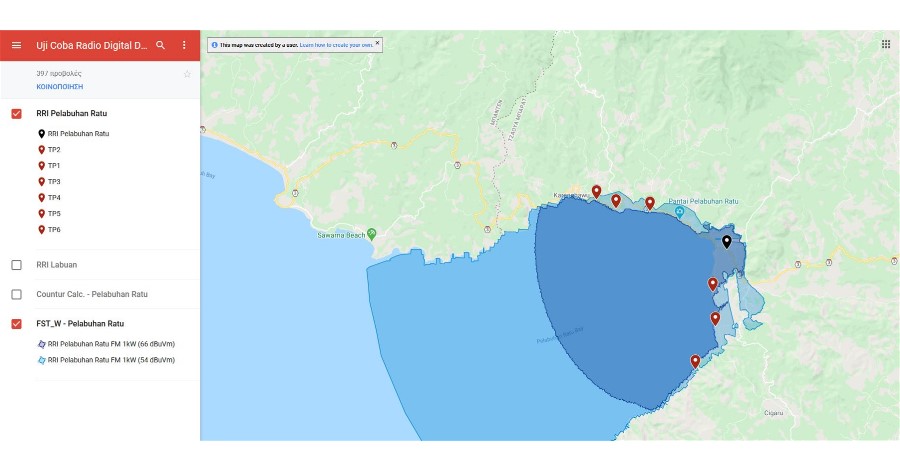 Radio Republik Indonesia (RRI) has just conducted measurements proving the DRM in FM is spectrum, energy efficient delivering audio and text in superior quality without any interference even in very crowded FM environments.

RRI has always been on the forefront in the field of radio broadcasting and on-line radio.

The successful testing and measurements carried out in July came on the back of pioneering DRM deployments in the FM band. 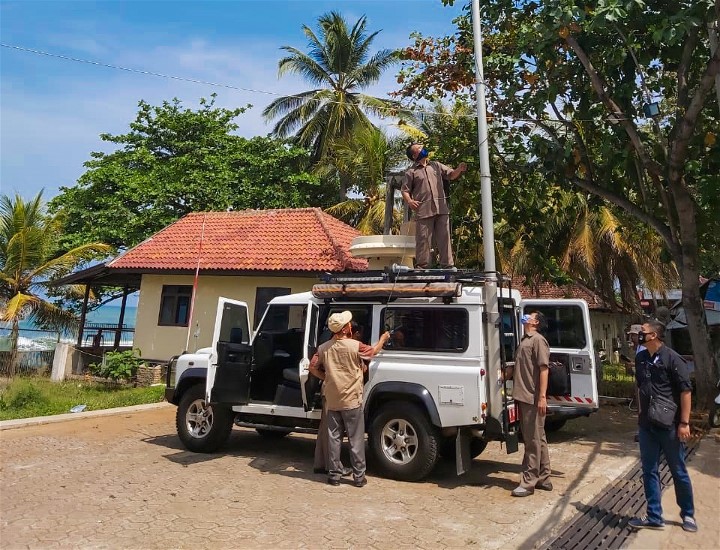 On 10 June 2020, a digital radio transmitter was installed and commissioned by RRI at Pelubharan Ratu in Sukabumi province, West Java. For this purpose, the Digital Radio Mondiale (DRM)[1] digital radio system was used: this innovative step meant this is the first ever digital radio broadcasting station in Indonesia and in Southeast Asia.

Currently, the Pelubharan Ratu digital radio station is broadcasting three programmes in digital form, RRI Pro 1, RRI Pro 3 and, through its digital technology, news and current affairs information in textual form (in writing) in Bhasa Indonesia. The data provision is done through a digital system known as Journaline. The possibilities are immense as the system can cater to news and other information spanning 64,000 pages.

These activities carried out on Wednesday (23/7/2020) and (Thursday (24/7/2020) were conducted in preparation for the implementation of digital radio.

DRM can be a digitisation solution both in the MF radio frequency band, or VHF Band II (FM). Irrespective of band, since the DRM standard is one, each DRM radio frequency channel can accommodate up to three broadcast programs (audio) along with text data (presented as news media, advertising, public information, and so on).

DRM is both spectrum and energy efficient and delivers local, regional, national and international coverage. Unlike analogue DRM can be used to achieve broader coverage using the Single Frequency Network (SFN) feature.

DRM can be used on the MF radio frequency bands using the same bandwidth as analogue (AM) and this was successfully demonstrated in Indonesia during the Bogor and Bali trials.

In Indonesia FM is widely used in large cities, so there are not many FM radio frequencies available now. To avoid interference between FM radio broadcasts, the FM broadcast radio frequency channel is ideally separated by 400 kHz (adjacent-4). As DRM can fit in these guard spaces DRM can be a solution even in the cities with a very congested FM spectrum.

The sixth test point location was obtained based on the results of simulated computer predictions of radiation coverage of an analogue 1 kW FM transmitter.

Measurements were aimed at technically evaluating DRM transmissions and features that can be broadcast through DRM transmitters.

Based on the results of the field measurements obtained in the six test points covered by the 1kW transmitter it was noted that these can be served with only 50 watts of DRM power delivering throughout a good DRM audio quality. In testing a simulcast broadcast using 1 kW and 800 Watt with spacing distance 150 kHz between the middle frequency FM and DRM, the measurement showed no interference between FM and DRM. The DRM quality was at least equally good to FM, but the sound quality of DRM was even better than FM.

The field test results are thus consistent with the ITU-R Recommendations BS. 1114 and BS. 1660. The next measurement is scheduled to be held at RRI Central Jakarta in August 2020.

DRM - Official in South Africa on both AM and FM - Regulator Unveils Licensing Framework.