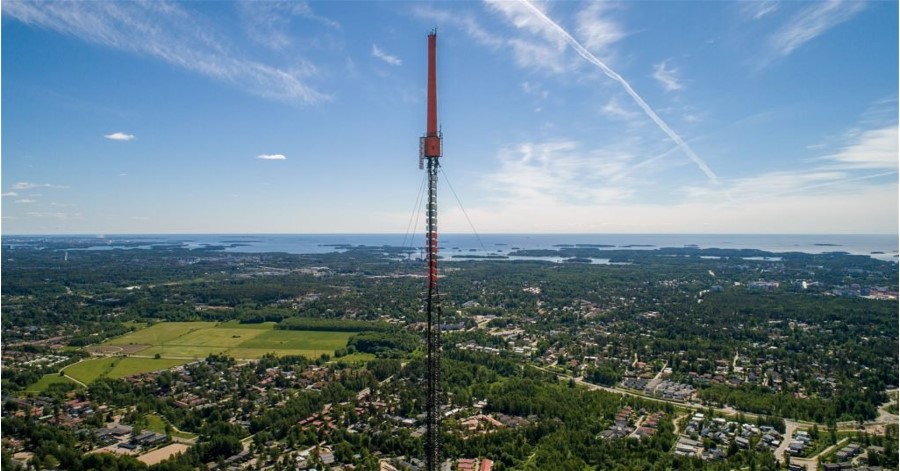 Munich, May 14, 2020 - In Finland, Rohde & Schwarz has announced the successful completion of a DVB-T2 (HD) terrestrial TV transmitter network upgrade that spans the entire country. Working with Helsinki-based Digita, owner and operator of Finland’s terrestrial network for nationwide TV and radio transmission services, Rohde & Schwarz has supplied more than 80 UHF HD transmitters across the country. The network of transmitters was installed and commissioned by Digita’s professional services team. The first phase became operational 1st January this year, enabling Digita to expand their Pay-TV UHF terrestrial networks up to 90% coverage. In addition, Digita reports significant enhancements in power efficiency and redundancy concepts throughout the new HD TV network.

In addition to the DVB-T2 upgrade, Rohde & Schwarz and Digita have initiated a 5G Broadcast pilot in the Greater Helsinki region. The pilot utilizes the same transmitter sites and the first phase of this pioneering project will be completed this summer.

“Over the last six months, we have rolled-out our nationwide DVB-T2 network and as well expanded our Pay-TV network in DTT on a fast schedule, utilizing Rohde & Schwarz's high-quality transmitters”, commented Digita’s SVP Broadcasting Pekka Mattila. “Our cooperation has been excellent and transmitter deliveries have been punctual, which is crucial in fast paced projects.“

For Rohde & Schwarz, the project has been an interesting challenge for its technology supply chain. The demands of delivering a large network at such short timescales, combined with the technology support needed to start a 5G Broadcast pilot simultaneously are considerable. The company reports that both phases of the project proceeded without hitches.

“Digita is one of the most innovative network operators in Europe. We are driven as a market leading vendor to support our customers with the latest technology and we are very happy to provide Digita our most-efficient and future-proof transmitters. Our R&S team is looking forward to successfully concluding the project together with Digita,” commented Manfred Reitmeier, Vice President Transmitter and Amplifier Systems.

At ANGACOM Rohde & Schwarz presents latest products and solutions to optimize the present and design the future.

Sustainability in operator’s and broadcaster's infrastructures.