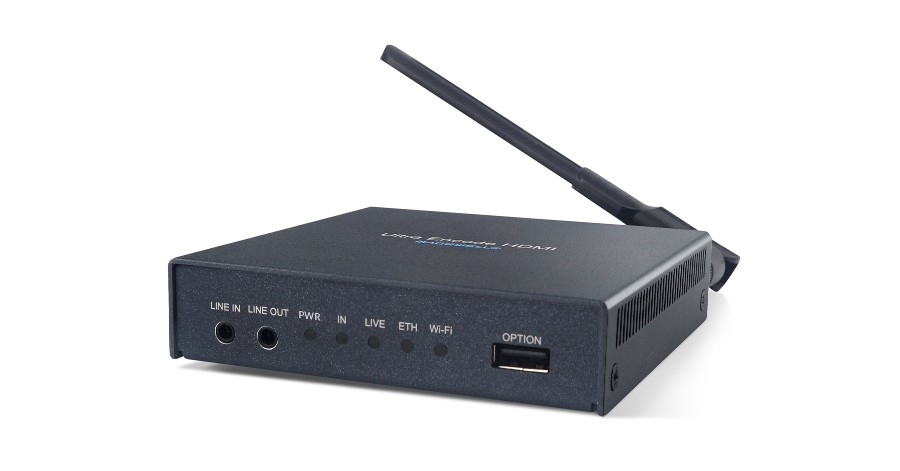 November 22, 2022 -- Nanjing, China - Magewell -- the respected developer of innovative video interface and IP workflow solutions -- has been honored by online video and AV professionals with a 2022 Streaming Media Readers' Choice Award. The company's Ultra Encode family of universal live media encoders was voted as the winner in the 'Single or Dual-Stream Encoding Hardware' category.

The Readers' Choice Awards are held annually by Streaming Media magazine to recognize the best online video solutions as independently judged by end users and readers, rather than by the publication's staff. More than 14,000 votes were cast this year across 22 categories spanning the streaming production, distribution, monetization, and analytics ecosystem. Mobile Video Devices (MVD), Magewell's exclusive distributor for the Americas, accepted the award on Magewell's behalf during the Streaming Media West conference in Huntington Beach, California.

"Throughout most of the year in Streaming Media, we tell our readers what our writers and industry experts think. But once a year, we flip that script and let our readers have their say with our Readers' Choice Awards," said Steve Nathans-Kelly, Vice President and Editor-in-Chief of Streaming Media. "We are proud of the fact that the winners are decided by the people who matter most, the end users. The results are always illuminating. Congratulations to all of our winners and finalists."

"We are thrilled to win our third Streaming Media Readers' Choice Award," said Nick Ma, CEO and CTO at Magewell. "We pride ourselves on listening to our customers and designing practical products that address their needs, and this award reflects our success in delivering on these goals. Thank you to everyone who voted for us."