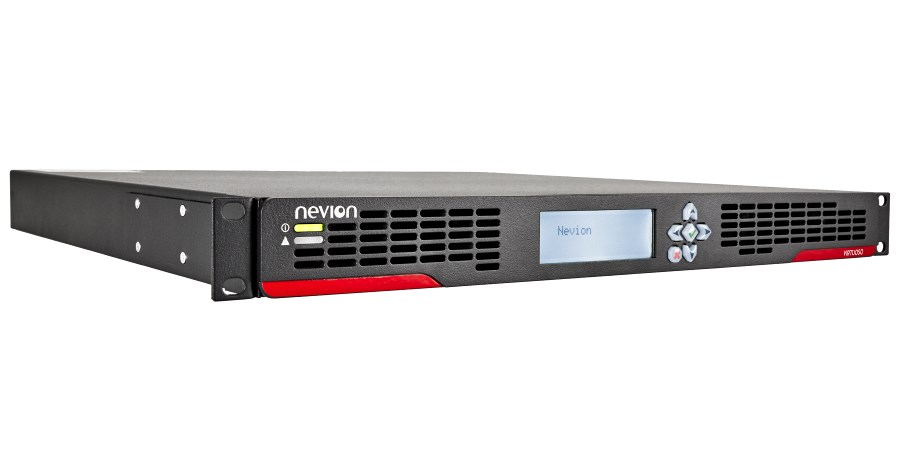 Nevion, a Sony Group Company and award-winning provider of virtualized media production solutions, announced today that it has provided a contribution solution to Italian telecom service provider EI Towers to support the coverage of Italy’s top football (soccer) league, Serie A. The solution connecting 17 stadiums to the new International Broadcast Center (IBC) in Lissone near Milan (Italy) was delivered in just 4 months and has now been in operation for the whole of the 2021-2022 season.

Serie A involves 20 teams, playing 380 games per year in the Championship. The new contribution solution was needed to provide the secure and reliable transport of 16 3G-SDI and 1 UHD video feeds (together with audio and data) from each stadium to the IBC – where virtualizations and graphics are inserted and then distributed to the rights holders in Italy and abroad, and feeds are also provided to the video assisted refereeing (VAR) unit.

The production at the stadium is done in production (OB) trucks using an SDI infrastructure, while at the IBC, both SDI and IP equipment is used. For the IP Core Infrastructure at the IBC EI Towers chose to use SMPTE ST 2022-6 for 3G-SDI signals and SMPTE ST 2110 for UHD signals.

The contribution solution delivered by Nevion and its Italian partner CVE involves both products and services.

Nevion Virtuosos software-defined media nodes, handle the SDI transport of video, audio and data over transport stream (TS) across the WAN with 1+1 redundancy, encoding the video signal with JPEG 2000 for transport, and providing SMPTE ST 2022-6 adaption at the IBC.

Nevion VideoIPath media orchestration platform is used to control the connections with all the stadiums with bandwidth management. A special soft-panel interface was developed by Nevion’s professional services to make it easy to connect all signal from a stadium at the touch of a single button.

In addition to the development of panels, various services were provided by Nevion and CVE, including project delivery, design services, remote configuration, onsite support and 24/7 premium support.

Piercarlo Invernizzi, CTO at EI Towers says: “We took on an enormous challenge in building a new production infrastructure in such a short time – not just the contribution but also a completely new facility in Lissone. We needed reliable partners that would deliver, and Nevion together with CVE did just that for the contribution part of this project. The solution has now been operation successfully for the whole of the season.”

Hans Hasselbach, CCO at Nevion adds: “Over the years, we have delivered many contribution solutions for some of the highest profile sporting events and leagues across the world.
Typically, though, such projects involve many months and sometimes years of planning, whereas here we needed to be live in just 4 months, with no room for failure. The fact that this project was a success despite the tight timetable is a testament to the close and positive collaboration that was created between EI Towers, CVE and us, as well as the quality of our products.”

EI Towers is Italy’s leading tower operator and an independent company with a portfolio of 2,300 broadcast sites, providing integrated electronic communication services for television network operators, radio industry publishers and groups, mobile telecommunications network operators (GSM/UMTS/LTE), wireless internet providers (WiFi/Wi-Max), public utilities and government institutions
On April 13, 2021, Lega Serie A approved the project for the creation of the Lega Serie A International Broadcast Centre (IBC) at EI Towers headquarters. This project represents the first step towards the establishment of the Media Company allowing Lega Serie A a rationalization of the television signals distribution process, the improvement in the signal’s quality, the production and distribution of top matches in 4K, as well as the transport of 12 signals per match. It was also decided to set up a centralized VAR Center in the same structure, in collaboration with the FIGC..

CVE is a 40 years experienced company which has been managing the realization of System Integrated, broadcast projects for all the major Italian Broadcasting, Media and Telco customers.
CVE has always been a leading Company in Broadcasting, Media and Telco markets thanks to the right strategies driven by the evolving technology market and the very tight relation that CVE has established throughout the course of its evolution with Italian customers and worldwide  technology partners.
CVE, using its very skilled technical background, is specialized in the delivery of complex, challenging and advanced media creation/processing/delivery projects.

82% of broadcasters expect TV content access via 5G to forge ahead of traditional methods.
back to top