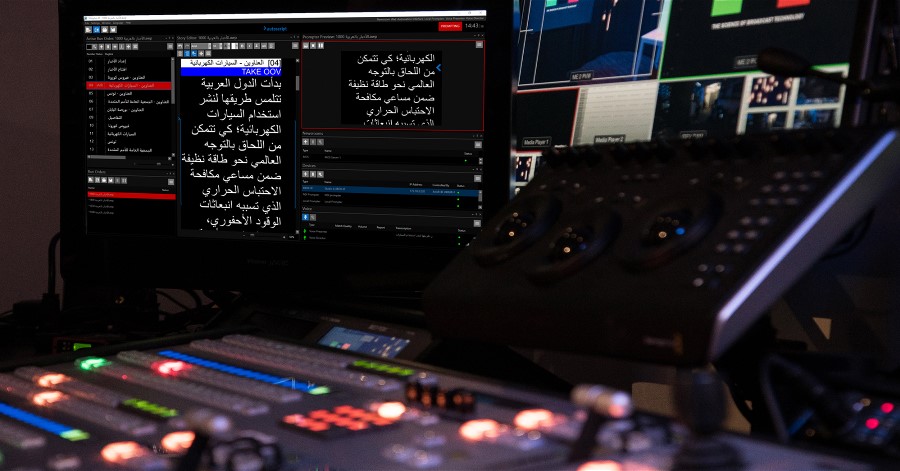 “Voice delivers real-time control of a prompted script simply by speaking the words,” said Ibrahim Akkad, regional sales manager Middle East – Autoscript. “Arabic is the official language of 22 countries in the Middle East, where the broadcast industry is significantly growing. This important update brings the power of Voice speech recognition to Arabic speakers, freeing presenters, and production staff from dependence on foot or hand controls”.

Other advances in WinPlus-IP v1.12 include a new optional Local and NDI prompter licence. This allows the prompt output to be taken directly from a PC as either local video output or as an NDI stream, meaning an XBox-IP or IP prompter is no longer always required. NDI integration with Autoscript’s IP prompting workflow enables fully IP productions to produce prompt output video for third-party equipment such as TriCasters® and multi-viewers.

WinPlus-IP v1.12 also introduces dongle licence support, allowing licences to be linked to a dongle rather than a PC. This gives users the ability to transfer their licence between different WP-IP installations.

“Dongle licencing allows more flexibility for WinPlus-IP users,” said Philip Dalgoutte, product manager – Autoscript. “It’s particularly useful for rental houses with operators out on a variety of jobs each week, giving them the freedom to move operators independently from the prompting PCs. Dongles can also be used for manual disaster recovery.”

Existing WinPlus-IP owners who upgrade to v1.12 will be able to migrate from the current machine ID licencing to USB dongle licencing.

WinPlus-IP v1.12 will be supplied as standard with all new installations and a free demo version can be downloaded from the Autoscript website. Existing WinPlus-IP customers can upgrade for free for up to one year from date of purchase.