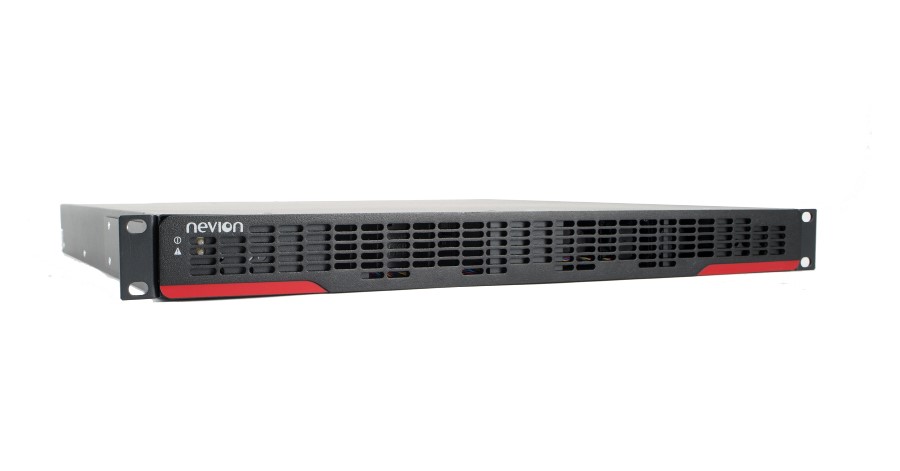 Modern live media production involves video sources, as well as destinations, in a variety of formats that need to be handled simultaneously, for example 720p, 1080i, 1080p, UHD, SDR or HDR. This creates the need for conversion between formats throughout the production workflow.

This initial release of Virtuoso’s new UDC media function enables the conversion between the different video formats that are typically required in production, including HD to HD cross-conversion, HD to UHD up-conversion and UHD to HD down-conversion. The video processing includes high quality de-interlacing and interlacing, and resolution scaling, with built-in legalizer and frame synchronizer with PTP support. This functionality is built for native SMPTE ST 2110-20 IP connectivity, with SMPTE ST 2022-7 hitless switching transport protection on dual 25GigE. In line with other Virtuoso media functions, more functionality will be added over time through software updates.

A single 1RU Virtuoso can run up to 16 video conversion processes simultaneously, or combine conversion with other media function capabilities, such as SDI/IP adaptation; MADI and AES3 audio adaptation; audio embedding/de-embedding, processing and mixing; or video encoding and decoding. This makes Virtuoso extremely suited to being used in a server farm, for example in a broadcast line switching center.

Inge Hillestad, Vice President of Product Management, Virtuoso, at Nevion says: “Virtuoso is a very versatile and cost-effective platform that can be used for a variety of live production and distribution applications. UDC is an important addition to Virtuoso’s existing video functionality, offering high-density processing capabilities that will be very attractive in production environments.”

Svein Håvard Haugen, VP Business Partner Sales and product manager, Flashlink, at Nevion adds: “This development leverages the deep experience from our Flashlink optical optical transport and signal processing platform, which has been widely deployed in SDI environments in the past 20 years. The addition of UDC to Virtuoso also effectively completes the migration of Flashlink functionality to IP, giving our customers a trusted option to move to IP when they are ready.”

*/** Distributors for Hellas and Cyprus in alphabetical order

Majority of broadcasters optimistic about 5G.

GlobalConnect deploys Nevion Virtuoso and VideoIPath for remote production and contribution.
back to top