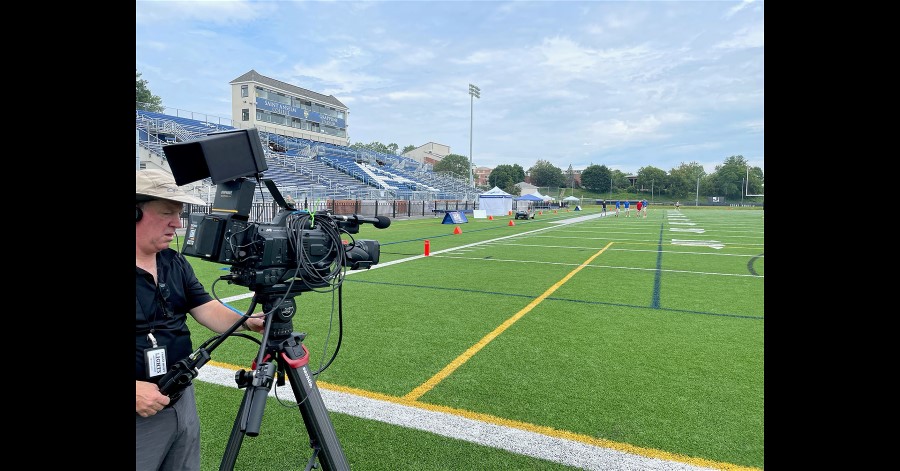 Manchester, New Hampshire, September 14, 2021 -When Friday Night Lights New Hampshire (FNLNHmedia / FNLNH) was created, Co-owners Stephen Beals and Nick Anastos were looking to bring live HD play-by-play coverage of the Granite State’s top high school games to the community. Not happy with their previous camera systems, the duo set out on a quest to find a solution capable of providing broadcast-quality video over the internet directly from the camera. They found what they were looking for with the GY-HC500 and GY-HC900 CONNECTED CAM™ camcorders from JVC Professional Video, a division of JVCKENWOOD USA Corporation. 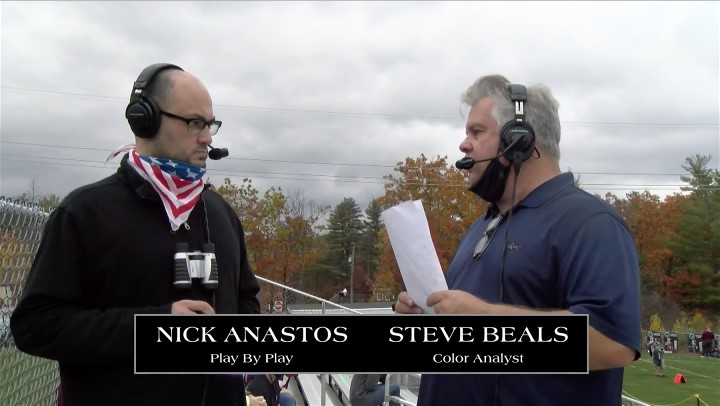 Friday Night Lights New Hampshire’s relationship with JVC began when Beals placed a phone call to the company and was put in touch with JVC Professional Video’s Dan Skirpan, National Sales Manager, Sports. “Dan is fabulous,” says Stephen Beals. “He is in the business of selling products, but he really cares about what we are trying to do and was deeply interested in helping us get to the right ending point. He gave us a lot of material that would allow us to make qualified decisions on our own, based on his information.” 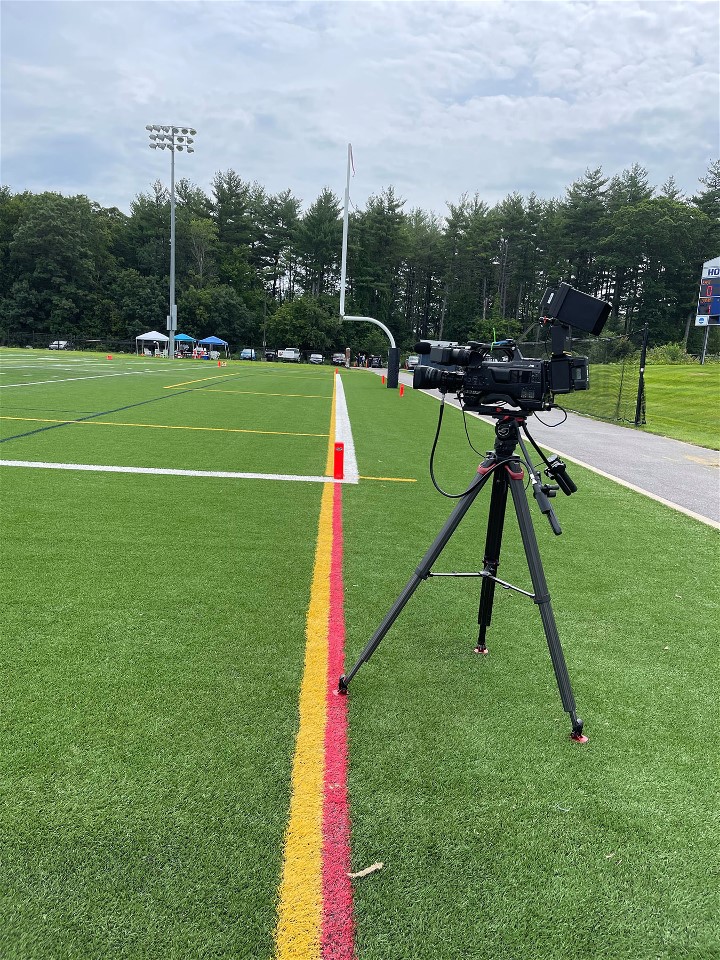 As a result of the initial conversation, and following further research and discussions with the JVC team, FNLNH purchased two GY-HC500s and one GY-HC900. At the time when FNLNH purchased the cameras, the company also added a third principal owner, Ben Beals, who took over the tactical and production elements of the business.

“We purchased the GY-HC500's and GY-HC900 not only for their high-quality CONNECTED CAM capabilities but also for their ability to deliver a remote live product back to the studio,” adds Ben Beals. “The HEVC functionality has also been unbelievable. I love having that feature in the camera because we go to remote locations out in a field that hardly have a signal, but we can still get a decent feed regardless. You can ramp it all the way down to 1.5 Mbps, so that improves the streaming capabilities in low-service areas, which is really important. Also, the SRT technology is unbelievable. Once you find the balance, it looks fantastic.”

The JVC CONNECTED CAM camcorders feature built-in SRT encoders with LAN/Wi-Fi connectivity to provide broadcast-quality video over the internet directly from the camera, no additional backpacks or encoders are needed to send ISO feeds to the remote studio.

Ben Beals also finds the video-return attached to the camera to be a standout feature. “I can give Nick, who is doing the play-by-play, and Stephen, who is doing the color commentary, the game feed with a specific overlay on top of it, which will replay,” he explains. “It also allows me to give them a little message in a box over the actual feed with interesting stats and other details to provide during their broadcast.” 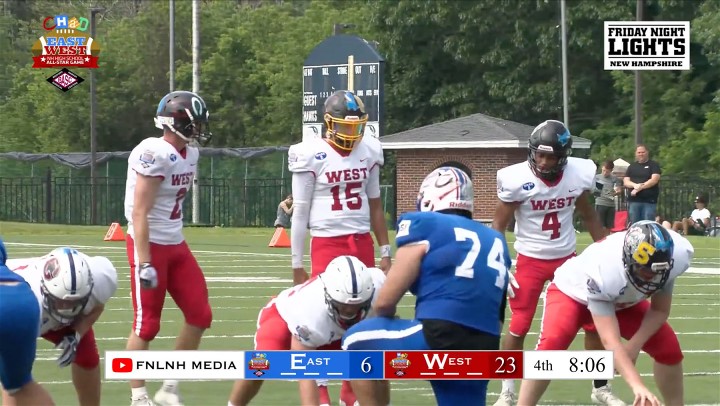 “With our new JVC CONNECTED cameras, our basketball and lacrosse seasons were great and we can’t wait for football season,” adds Stephen Beals. “New Hampshire is a small state, but we love our sports and having these wonderful cameras has made bringing high school sports to our community much easier and much more reliable. The quality of the cameras is fantastic and I can’t say enough good things about the overall relationship that we’ve all had with the company. Every time we need someone, JVC has always been there.”