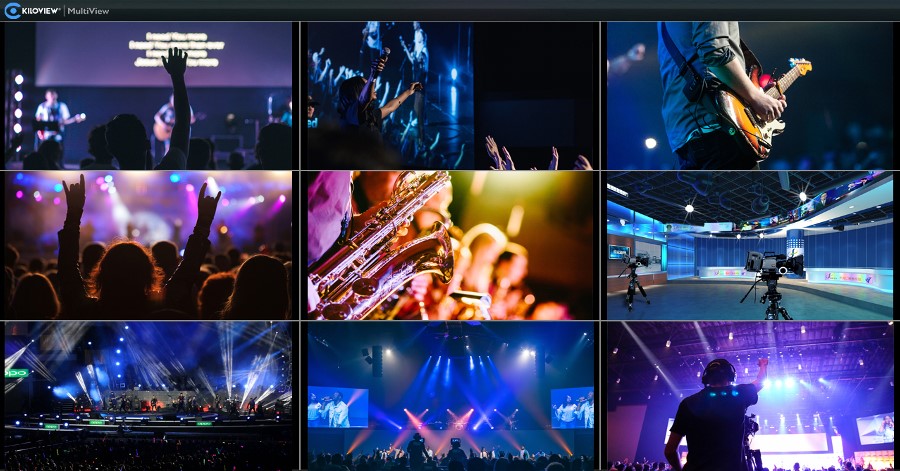 “In traditional industries there are many SDI multi-viewers, while there are not as many NDI-enabled multi-viewers yet. Kiloview’s concept in Kiloview Multiview Player aims, for one, to thoroughly optimize the performance by decreasing the overhead of your computer’s CPU - instead it is mainly on the GPU. For another, it is versatile and flexible enough that you could freely self-customize your layout on a nine split-image screen,” said Jacob Zuo, CTO of Kiloview. “It supports remote control via mobile phone/iPad – never limited by a space. Kiloview Multiview Player, in the future, will embrace more protocol conversion.”

Made for the AV industry, Kiloview Multiview Player is the one and only software player in the market that a studio must have. It includes an easily managed Preview (PVW) and Program (PGM) modes, extreme freedom in self-customization on layout with 1/2/3/4/5/6/7/8/9 screens, visual expansion with nine split-image (16 image customizable), and tally light in connection with any NDI-enabled encoders. Its usefulness in video production lies in its focus on the screen’s frame, audio indicator, center cross, safe area, smart border, and the like.