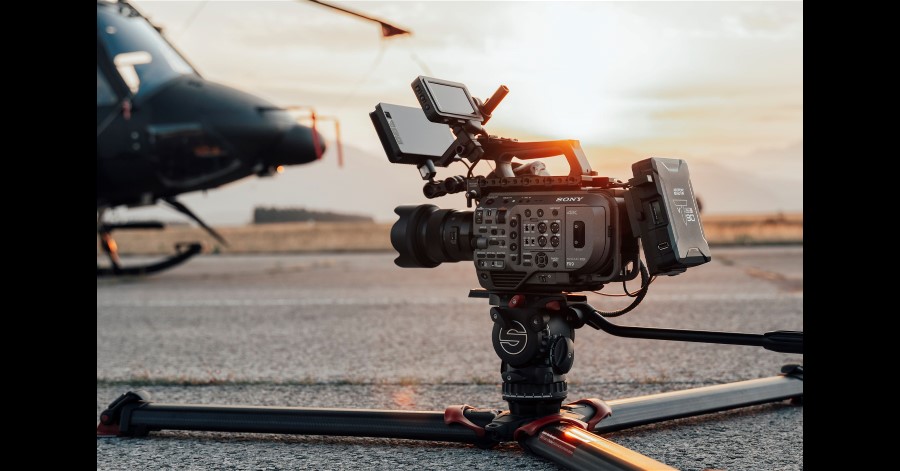 Uroš Podlogar is a professional photographer and videographer & Sony ambassador based in Ljubljana, Slovenia. Known for fast filmmaking and adventure, Uroš put the new Titon SL90 batteries to the test with the Sony FX9.

Slovenian photographer and Sony ambassador Uroš Podlogar always held a burning passion to capture raw power on film. He studied photography; first working on automotive projects and then on to the ultimate power machines, helicopters and jet planes. One constant in his quest to capture the beauty of moving machines is his own power preference for his camera monitor, lights, and more - Anton/Bauer.

A recent high-profile project for the Montenegro Army and Bell Helicopters saw Uroš at a wide expanse of an airfield in Montenegro documenting the delivery of the first Bell 505 training helicopters to the country. With a wide area to cover and little time at each location to capture the footage, lightweight equipment with power to last was the order of the day.

Anton/Bauer’s slimline, lightweight Titon SL90 batteries were the perfect solution for Uroš to power his SmallHD 5 and 7 series monitors. “The V-mount Titon SL90 battery is great for me,” he says, “now with one type of battery I can power my Sony FX9 and FS7 and with the same battery I can power my monitors and microphone.” Having only one type of battery to power everything on the shoot helped to reduce the amount of equipment required and the overall weight of the gear. “Not only are Titon batteries really lightweight, they perfectly balance the camera.” Adds Uroš.

Besides cameras, monitor and microphones, Titon SL batteries also provide enough power to run lights, “I needed to shoot some testimonial interviews with members of the Montenegro government,” says Uroš, “The SL90s ran my Litepanels Gemini 1x1 Soft lights so I could shoot the interviews on the airfield far from any grid power.” Adding, “And I Also used the USB port to keep my phone charged.” 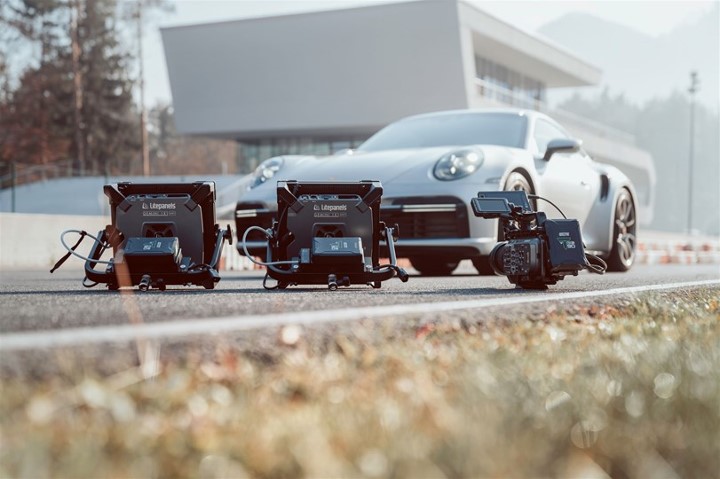 The heat is on

Uroš appreciated the extreme -4F to 140F (-20C to 60C) temperature operating range of the Titon batteries. With daily highs upwards of 97F (36C) degrees, Montenegro is one of the hottest countries in Europe and the high temperatures can cause performance issues for some electronic equipment. “The batteries worked perfectly,” Says Uroš, “I was on location for four days and I had four batteries. After the initial charge, I didn’t need to charge them again. One charge for the entire project.” Back home in Slovenia, temperatures can become much colder. “In Slovenia, I have used the batteries in the morning when it is 40F (5C) degrees and the performance is just as reliable” he adds. 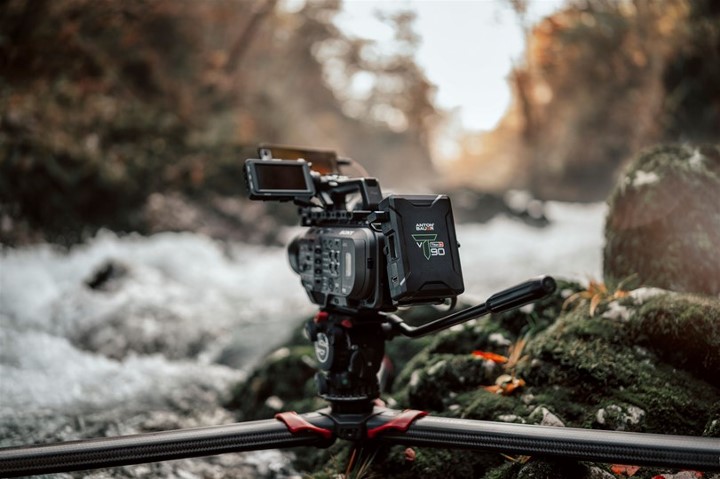 Extra runtime on the runway

“The airfield was really long,” says Uroš, “the hangar was on one side and the take-off area for the helicopters was far on the other side which meant there was a lot of walking with gear, so the weight is really important.” Weighing in at just 1.39lbs (0.63kg), Titon SL90 batteries are the most powerful yet lightweight and slim batteries available. “It was really nice to be as light as possible when I needed to dash in and out of hangars and around the airfield,” Says Uroš.

A versatile lightweight and slim power solution was key to success in Montenegro and, having used the Titon SL batteries, Uroš is hooked. “The Anton/Bauer Titon SL batteries are part of my kit now”. He says, “Before I was using one battery for my camera and different battery for my monitor, etc. Now one battery powers everything and I wouldn’t change that set up for anything”.