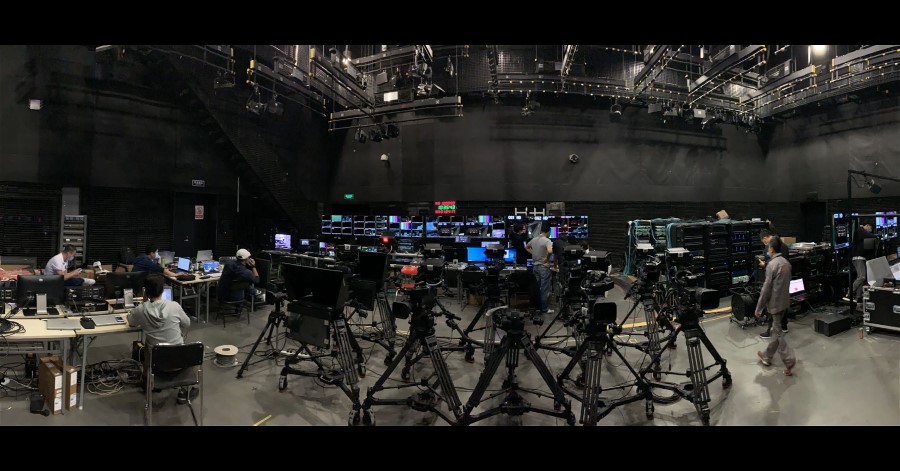 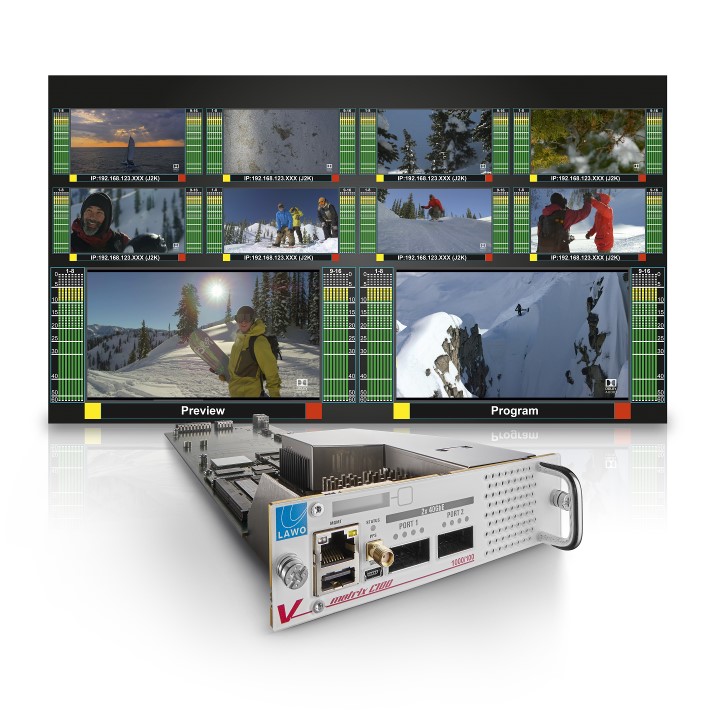 The UHD 4k designed mobile studio installation, originally planned to play a central role during the Summer Games 2020 broadcasts from Tokyo, began construction in January 2019 under the supervision of the CCTV Production Department. The project’s multiviewer design is based on three Lawo V__matrix systems using 19 C-100 core processing modules and 19 Virtual-Module installations of the Lawo vm-dmv, the world’s first infinitely expandable true IP multiviewer. The overall installation integrates twelve Sony UHD camera channels and one EVS. The IP network is of a spine-leaf topology employing Huawei switches for the infrastructure backbone, with two CE8850 switches for the redundantly-designed core and four CE6865 switches as leaves. The vision switchers and cameras were purchased from Sony.

“Lawo turned to be not only strong in audio consoles but also in IP video processing,” says a CCTV video engineer. “The success of this project was only possible with Lawo, as the vm-dmv multi-viewer solution, with its 12G single link for both IP and base-band signals, offers true 4K performance with extremely low latency.”

For CCTV, the major benefits of the Lawo vm-dmv lie with its design as a true 4k UHD multi-viewer based on IP, with the most advanced concept available in the market for a 40G network environment. CCTV has been using Lawo mixing consoles since 2007, and is fully satisfied with their performance, flexibility, reliability, and safety — especially in critical on-air broadcast and sports production environments. Given this relationship over many years, CCTV also trusts in Lawo video technology, noting that “Lawo has always looked far ahead in technology, and enjoys a good reputation in quality and performance”.

Lawo RƎLAY v4.2 Software Is Ready For Virtual Machines.
back to top