Edmonton, Alberta, June 10, 2020 - When former newspaper journalist turned Videographer Chris Koehn was given the opportunity to try out the GY-HC900 CONNECTED CAM™ from JVC Professional Video, a division of JVCKENWOOD USA Corporation, he was excited to put the camera through its paces. Koehn used the GY-HC900 on some interesting projects including a documentary travel series featuring the landscape of David Thompson Country in West Central Alberta and a project focused on the atmospheric sciences of the Aurora (Northern Lights). He quickly found that the camera exceeded his expectations.

“With its abundance of features, the GY-HC900 is the epitome of run-and-gun, which turned out to be ideal for the David Thompson project,” says Koehn. “We were filming landscape photographer Keith Moore as he captured the environment. We needed to move fast with the changing light and weather conditions, so I wanted an absolute minimal set up. The form factor of the GY-HC900 was great. I could just put it in the car, pick it up, throw it on a tripod, and we were shooting great image quality out of the box. I didn’t have to connect a lot of gear to make it work or worry about auxiliary batteries or a box of lenses or filters. It is a complete package that you can also just put on your shoulder and get going.”

The GY-HC900 is a unique and innovative broadcast camcorder that makes no compromises in image quality while offering a level of connectivity not found elsewhere, a feature with which Koehn was also very impressed. “In this world of full frame sensors and 8K, the GY-HC900’s three chips and 50-megabit data rate pulled out such great color,” adds Koehn. “I had a few interesting high- and low-contrast situations and still captured precise detail. The images didn’t get blown out. The integrated ND filters are also great, and the color is so good; there is no banding.” 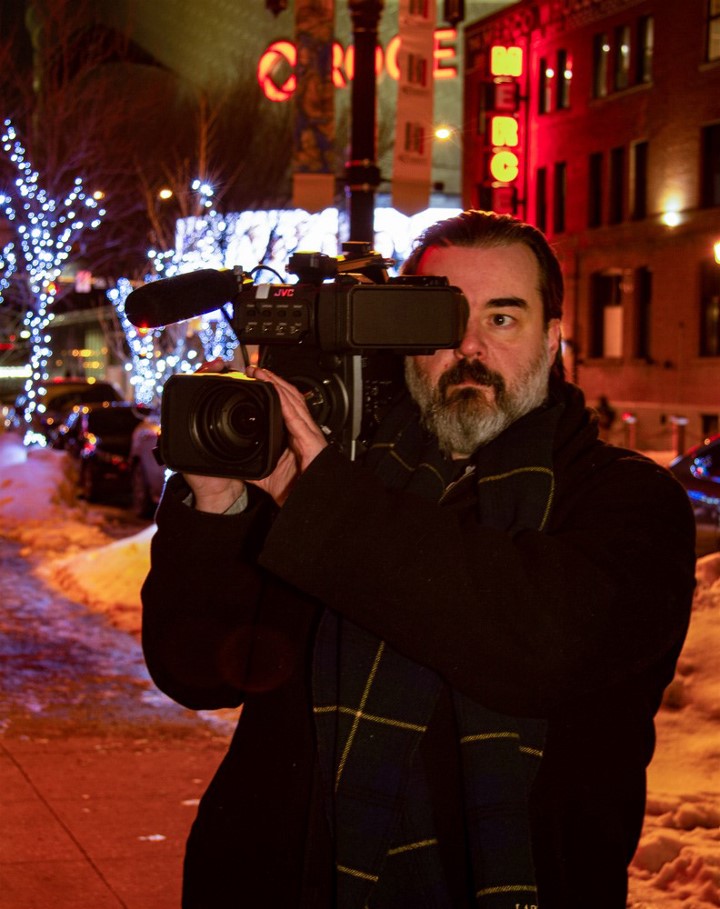 Koehn also found the build quality of the GY-HC900 to exceed his expectations. “We were outdoors on Abraham Lake in 15-degree weather for about six hours and the camera worked flawlessly,” adds Koehn. “We were in wind, snow and ice, and had no issues at all. I actually had the camera pointed right down on the ice at one point in order to get a shot of the methane bubbles in the ice on the lake with the really cool macro lens that came with the camera, and it did not hiccup at all. In six freezing hours, there were no problems.”

Editing workflows become easier with the GY-HC900, too, says Koehn. “What you're getting out of the camera far exceeds the current 1080p expectations. Typically, if you go the 4K route, you need more powerful computers for your workflow. With the JVC GY-HC900, I just pop the SDHC/SDXC card into my computer, and it just pulls up the data. There is no stuttering or anything. It delivers an amazingly high-quality file that is so small. You can use any computer to edit because it's such a small data footprint. It doesn't choke your system. I can quickly cut with it, and I don’t need to adjust anything. It’s a fantastic camera that delivers spectacular images without the exorbitant price tag.”

JVC CONNECTED CAM™ ushers in new era of quality and connectivity for Friday Night Lights New Hampshire.
back to top