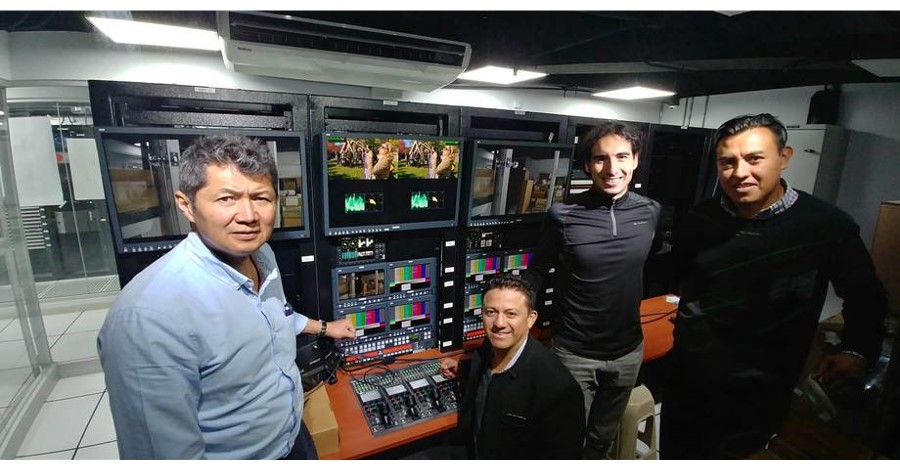 Ecuador TV broadcast a conventional signal on channel 7, and a SD and HD DVB-T signals on channels 7.1 and 7.2, while also counting with satellite-distributed signals using platforms as DirectTV or ClaroTV, or cable platforms in Quito and Guayaquil. 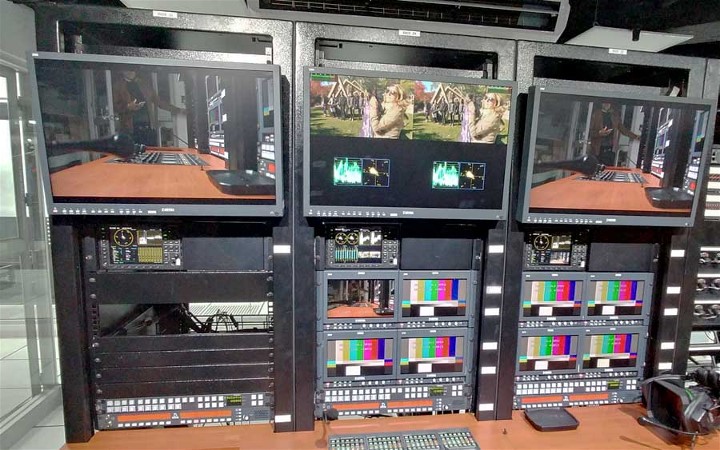 Recently, the well-known international integrator Hitachi was granted with the largest technical renewal project in the history of the channel, which has relied on AEQ.

ECTV integrated a large CONEXIA intercom system in their new facilities, in order to provide service to all the production centers, technical rooms and production areas of the TV. Just in the same way, the control and monitoring of video signals from the Studio cameras and external sources is performed in the technical rooms using KROMA BY AEQ video monitors.

Two large OB Vans, counting with 6 and 8 cameras respectively, have also been equipped. One of them is used for satellite news broadcasting (DSNG News). They use systems based on the KROMA TH 5000 intercom matrix, connected to the camera CCUs, 10 wired panels and two wireless Xbp in each van.

There are three main studios, with associated stages, for news, large productions and small productions. Each stage has CCU connections for the four cameras and 3 KROMA Xbp wireless beltpacks featuring WiFi technology. These ones are assigned to the Stage Manager and two assistants.

Also, in each control room, 4 x TP8316 table-top intercom panels can be found for the Character Generation, VTR, Teleprompter and Social Media operators.

Besides, in the areas without a stage, designated in the diagram as Master, signals coming from the outside world are controlled using TP 4016 panels. There is one assigned to Domestic communications, another for International ones, one more for differentiated connections and the last one is assigned to a supervisor.

There are other work places with TP 4016 panels installed in the Central Control room. Three of them are assigned to the coordination to each large Studio, and the remaining three to other functions typical of a central control.

Two more panels can be found in both equipment rooms.

All this, as a whole, makes up a complex system where the required groups have been defined, so users can efficiently communicate within his work group, and this way all messages that have no relation to their tasks are not received, avoiding unnecessary distractions. 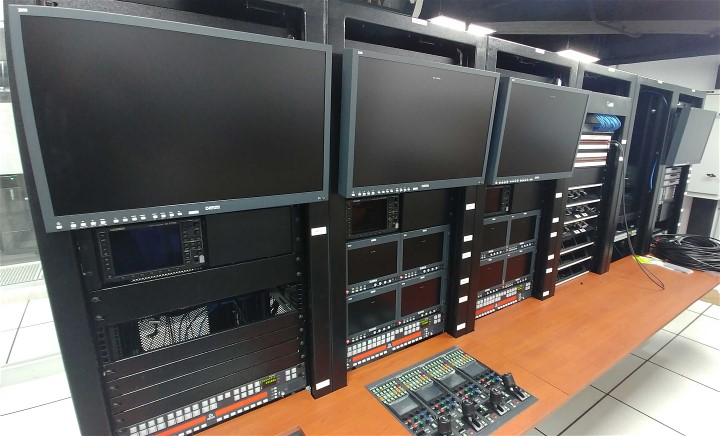 The complete project has been leaded by Hitachi Kokusai technical team in collaboration with Electrolab, AEQ’s local partner in Ecuador. Mr. Roberto Tejero was AEQ’s technical responsible for the startup, configuration and training of the whole installation.