Rotolight takes to the stars in hit show The Expanse. 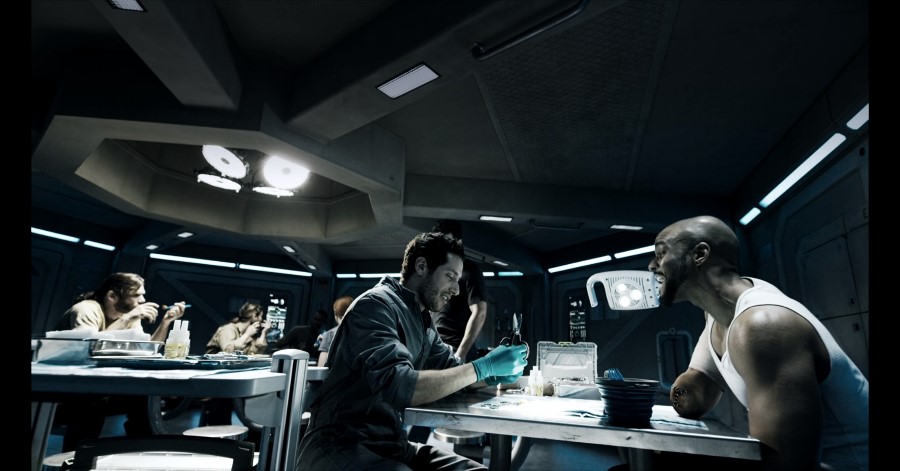 It’s official, the hit sci-fi show, The Expanse, is coming back! New episodes are set to hit sometime around December 2020, with filming wrapping mere weeks ago. Tension mounting with each new season, fans are going to have a lot of questions when the series gears back up again. Building suspense in each scene, the crew have been carefully choosing their gear to help them enhance these themes, with the Rotolight Anova forming the foundation of their lighting in their inaugural seasons.

It’s been the task of Jeremy Benning CSC to realise the ambitious scope of the show since its inception. Cinematographer and Director of Photography for the show since its very first episode back in 2015, Benning has led the visual direction of the bleak intergalactic future built by James S. A. Corey’s series of novels.

“I sought unique looking fixtures that would be seen on camera,” says Benning. “Creating a world 250 years in the future that takes place mostly inside asteroid colonies and space ships meant practical lighting was everything. My lights needed to be built into the sets as much as possible, they also needed to be beautiful sources of light and look good on camera at the same time.” 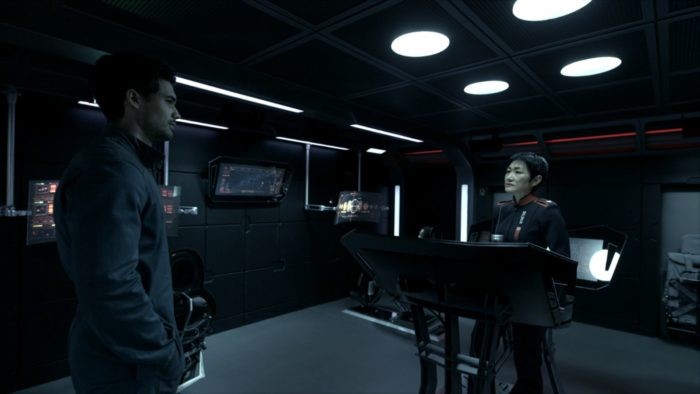 Benning decided on ten Rotolight Anovas, the first generation of LEDs in the Anova family. These ten formed the foundation of much of the practical lighting used in season one of the show. “Key lights, back lights, they served so many purposes,” Benning explains. ”We also made our own round milk plexiglas diffusions for them, so the LEDs weren’t visible when they were seen on camera.”

As well as producing a beautiful, light that is fully dimmable across the CCT spectrum from 3150-6300K, the Anova afforded Benning a great amount of control. “Nearly 100% of our sets are controlled by a dimmer console, so having that remote control was essential as we often built the lights into the ceilings of our sets, making their controls inaccessible,” Benning says. “There was a scene in particular on a transit pod set that we used the Anovas mounted above the set to shine through the ceiling vents to create a lighting chase effect (programmed via DMX) to simulate the car’s movement in the tunnel.” 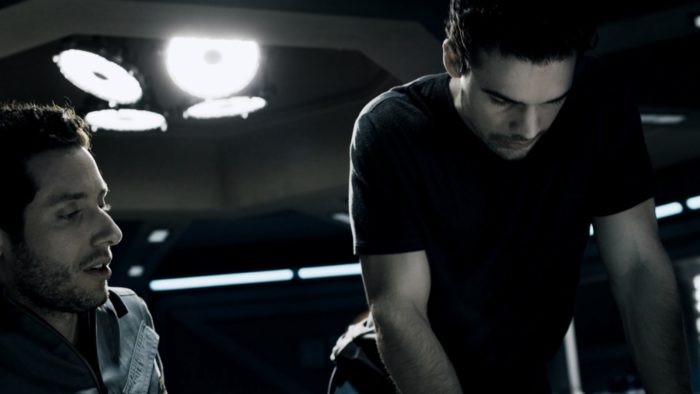 From the transit pods to interrogation rooms and even the helm of the Donnager the Anova’s fully adjustable light output flattered their onscreen talent while looking suitably futuristic for the show’s sci-fi vibes. “The Anovas are a great asset to our arsenal of LED lighting,” Benning concludes. Since Benning filmed the first season of the expanse, the Anova family has grown; continuing to push the boundaries of LED lighting while still maintaining the sleek, futuristic look that Benning originally loved. Now in it’s fourth generation, the highly awarded Anova has been recognised by numerous industry publications as a pioneering studio and location light. The latest member of the Anova family, the Anova PRO 2, was most recently awarded the Best Light Panel of 2019 award by Pro Moviemaker.

Enigma 3 invest in TITAN X2 FOR Rental and Studio.

Pioneering Titan™ X2 named Lighting Innovation of 2019.
back to top