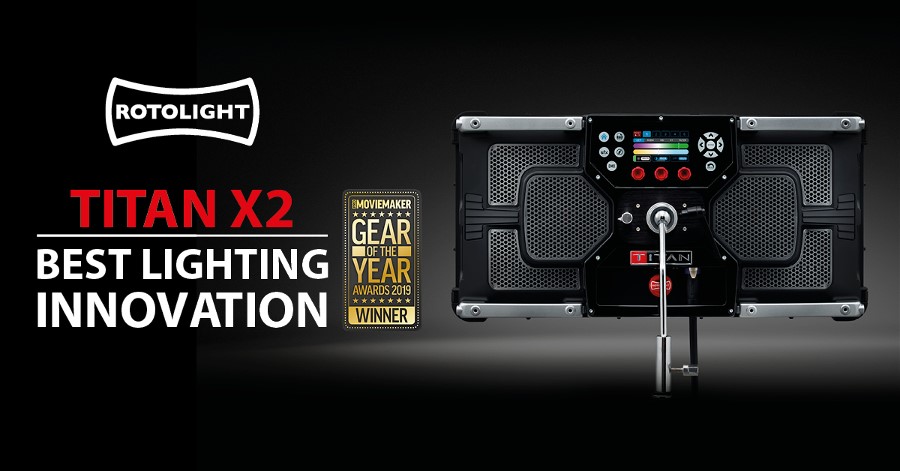 “We’re delighted that the brand new Titan™ X2 has been named Best Lighting Innovation of 2019 by Pro Moviemaker! After a rigorous public vote as part of their Gear of the Year Awards, the Titan™ has emerged victorious, and it was made possible by you! When Editor-In-Chief, Adam Duckworth, got hands-on with the Titan™, he commented that it’s “a well-built piece of high-tech kit with features that none of its rivals offer at any price.”

A revolution in lighting control, the Titan™ X2 has been globally praised for its industry-first SmartSoft™ technology, which allows users to electronically adjust the light’s diffusion, focus and spread. DoP, Tom Townend, (Harry Brown, Attack the Block, You Were Never Really Here) described the Titan™ X2 as “a quantum leap ahead of anything else I’ve seen” for the way it saves both time and money on set.