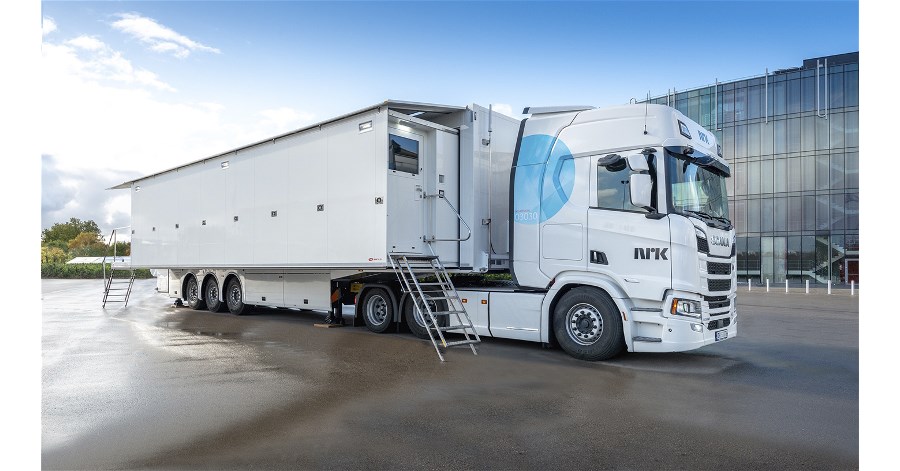 The new vehicle with advanced equipment is an investment for NRK’s ambitious future productions and is part of a technological standardization within the broadcast production facilities and mobile studios as NRK already uses mc² consoles in their concert hall and for news program productions. 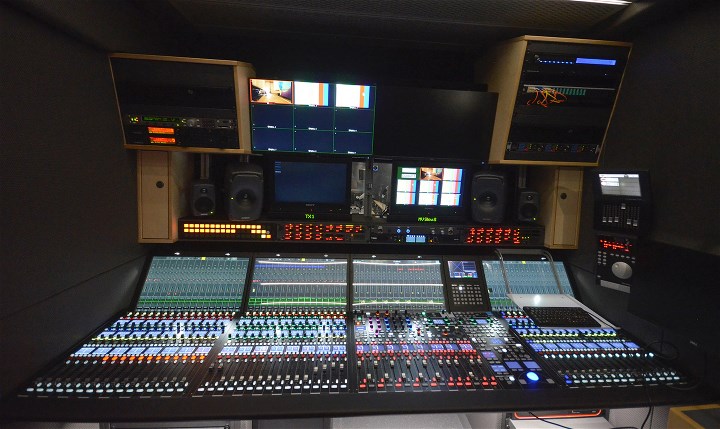 Alongside its single-side expansion, the truck features protective fold-down roofs on the expandable side and entrance platform, interior floor heating and readiness for deployment in a cold climate – as its main production duties include winter sports like biathlon, slalom and ski jumping. Other assignments will include cultural and music events. 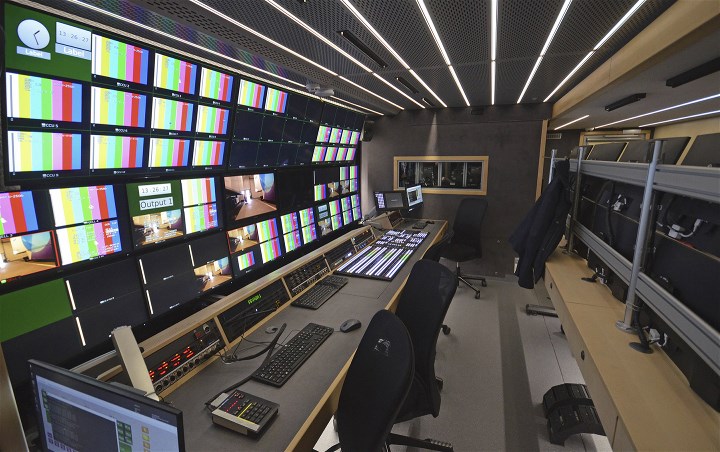 The new OB24 boasts of state-of-the-art Lawo IP broadcast equipment. Central to the audio infrastructure are a 64-fader Lawo mc²56 Broadcast Production Console and a core providing 5,096 x 5,096 crosspoints and fully redundant 512-channel use of Lawo’s A__UHD Core, with an upgradeable power capacity of 1,024 DSP channels as well as DALLIS, A__stage80 and Power Core RP for I/O interfacing and mixing.

For overall broadcast control system with its tight integration of video and audio mixing and routing systems, and GPIO, TVC has adopted Lawo’s VSM IP broadcast control and workflow solution with operating panels configured by Lawo Project Engineer Anthony Teunen, together with the NRK team. 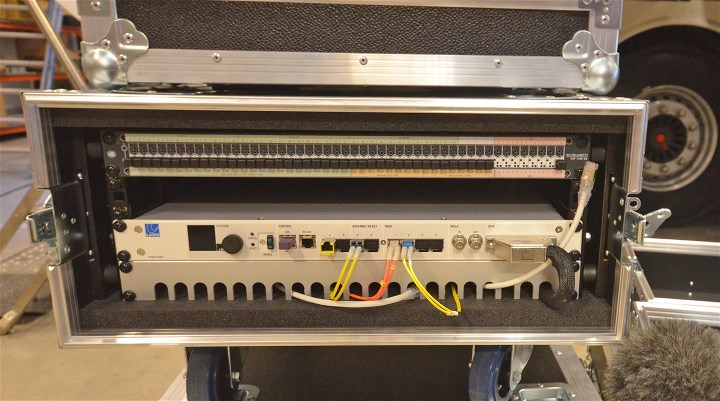 A unique separate expandable platform allows quick access to a separate rack room, even without expanding the whole trailer. Its rear bottom hatch has an aluminum non-slip covering, which forms a roof with side covers, or tent, convertible to a working ramp of 300kg load capacity. 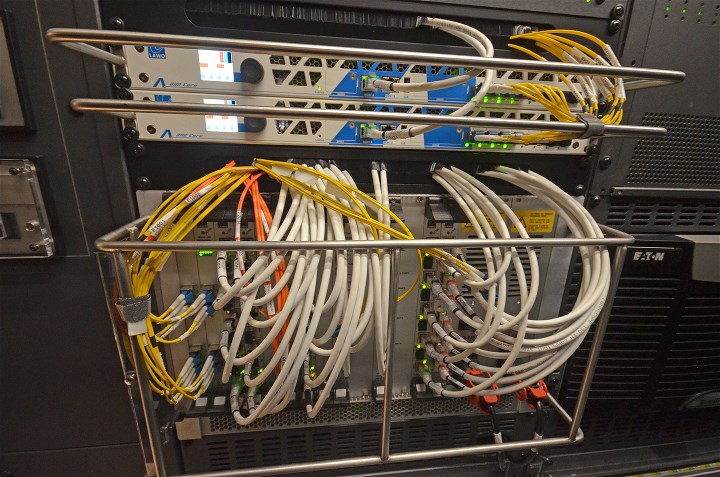 “I worked closely with NRK and TVC to make sure we chose a design which is future-proof regarding scalability and new workflows,” says Jarle Felin, Vice President of Northern Europe Operations. “The system is already SMPTE 2110/2022-7 compatible and, through its RAVENNA AoIP and A_UHD design, it can be upgraded to meet any new demands for formats, IO and DSP capacity without a lot of redesign. Also, using the Lawo Powercore RP as a stagebox brings new possibilities for the use of mixing and DSP functions on stage, mixed zones and other destinations needing this feature without adding latency to monitor outputs. The TVC team has done a great job with the deployment.”