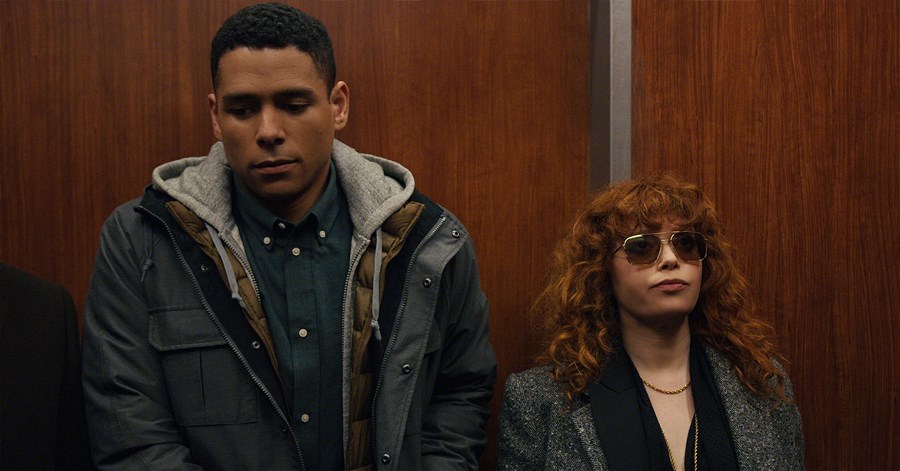 Earlier this year, Netflix debuted Russian Doll, an original production with a peculiar plot: In a weirdly hyper-colorful New York City world, Nadia (Natasha Lyonne) bails out of her 36th birthday party and dies in an untimely accident, only to repeat the process over and over, methodically peeling away her reality much like separating Matroyshka dolls. The groundswell of buzz that followed propelled this head-trip comedy series to 13 Emmy® nominations, of which led to a win for Chris Teague in the Outstanding Cinematography for a Single-Camera Series category. Teague was recognized for his artistry on the season finale “Ariadne.” RED cameras were Teague’s choice to capture the time-bending surrealism.

The groundswell of buzz that followed propelled this head-trip comedy series to 13 Emmy® nominations, of which led to a win for Chris Teague in the Outstanding Cinematography for a Single-Camera Series category. Teague was recognized for his artistry on the season finale “Ariadne.” RED cameras were Teague’s choice to capture the time-bending surrealism. “People from all unique walks of life converge for a party at this one loft apartment, an artistic, utopian environment with a dream-space quality,” Teague explains. “I felt like I could embrace all the color and texture and busyness of New York City while going for something more hyper-real and a little strange and off kilter. I used to own a RED SCARLET. I shot several indie features on it, and enjoyed it, so I knew I wanted to look into RED. We tested a RED with the DRAGON 5K sensor and a Panasonic VariCam 35. From those tests, it was clear to me that RED would get the job done. The image felt familiar from having worked with the SCARLET. I particularly liked when we pushed the ISO up above 800 for the night tests. The color and quality overall were great and felt less ‘digital’ to me than other cameras.”

However, a couple of weeks before the start of production, Nat Jencks, colorist at Goldcrest Post NY, threw a tip Teague’s way. “Nat, whom I’ve worked with for many years and really trust his opinion and aesthetic, said that I should look into RED’s new HELIUM sensor,” recalls Teague. “He had been working with it and thought the image and skin tones looked great. I shot another test with HELIUM and was very excited by the results. Initially, I was a little apprehensive in terms of the resolution – in my mind, I thought shooting at 8K resolution would translate into an image that was too sharp or crisp or digital looking. Upon seeing the test results, it actually was the opposite. The oversampling and downscaling to 4K felt more rounded in the textures, softer, the skin looked good, the edges and sharpness fell off in a nice way for the depth of field, and the way we could push it to 1600 ISO to introduce just a little bit of fine-grained noise felt very filmic. It took the edge off the modern lenses we were working with on the show.” 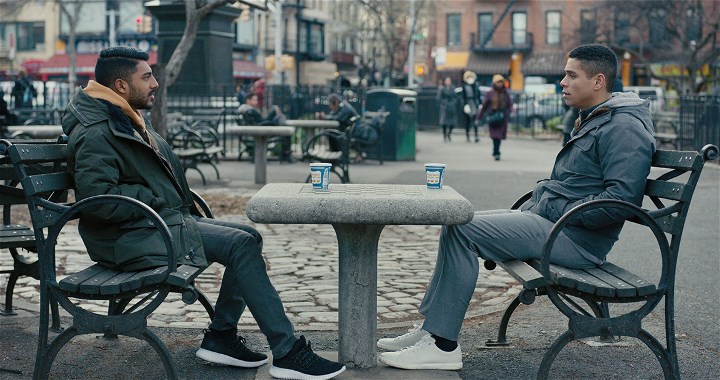 Teague had chosen Leica Summilux-C prime lenses to pair with the RED DSMC2 HELIUM 8K S35, all procured from Abel Cine in New York. Russian Doll marked the first time he had used those fast T1.4 lenses in production. “I liked how small and lightweight they were,” the Emmy winner says, “They are cleaner looking than a lot of the vintage lenses I’ve used in the past, which I mitigated by shooting higher ISOs with a light film-grain process to add texture. The combination of the texture, saturated color, super-shallow depth of field, the sharpness falloff quality... it created a look very evocative of the mood of the show. It made Natasha jump off the screen.”

Teague created a digital swatch book of colors to work into the locations through gels and RGB lighting. For instance, the studio-built loft was filled with colored practical sources from neons, fluorescents, string lights and lamp shades. Notes Teague, “The look of the loft was a very close collaboration between Production Designer Michael Bricker and me, and the camera held those colors really well.”

This reminded Teague of a favorite shot that the RED-Leica combo helped him stage in episode 7, “The Way Out,” where Nadia restarts – again – but this time the loft finally is empty except for her best friend Maxine. The shot was a walkthrough reveal by Steadicam operator Kyle Wullschleger with a very wide but rarely used 16mm Summilux-C. “That focal length in a space completely cleared of set decoration was challenging because all the practicals were gone” Teague recalls. “There was nowhere to hide a light, and we relied on what was left. I thought the RED really held together well in that environment. It’s a reminder that sometimes less is more and you can let the camera do what it does.”

New for Teague was finishing in high dynamic range (HDR). “The look of the show lends itself to HDR, the color, richness and range from light to shadow works really well,” he says. “The few day exteriors, however, stood out like a sore thumb from everything else, because they felt all uniform and monochromatic compared to our rich, colorful nights. That’s the advantage of having a great colorist like Nat, who in two minutes could show me three different versions of an idea and we could choose the best. The range of the (DSMC2) HELIUM was excellent because I never felt like we were fighting against anything or couldn’t save anything.”

With all episodes of season one now streaming, Netflix has announced Russian Doll will return for a second season. 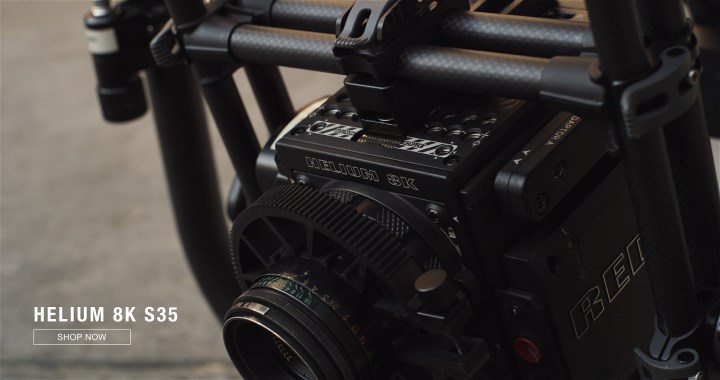