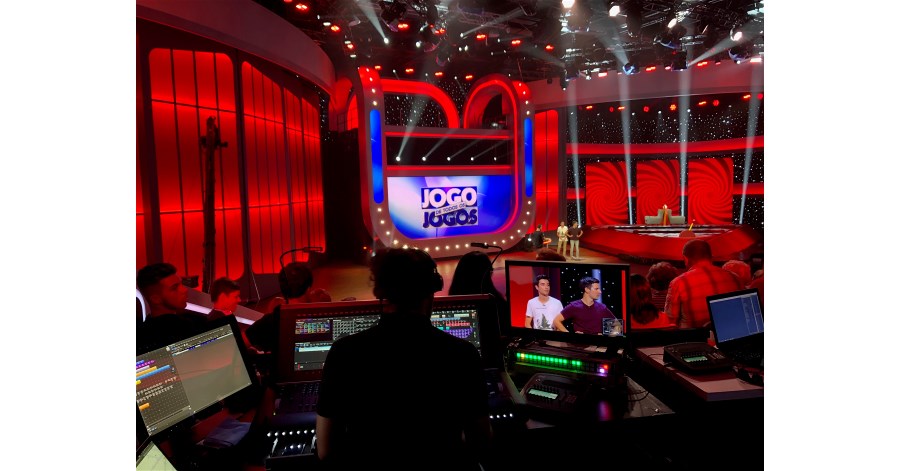 A High End Systems Hog 4 lighting console was already declared a winner while contestants battled it out on Portugal’s “Game of Games” TV show.

Lighting designers Marco Silva and Ricardo Maia and Lighting Director Miguel Valerio shared duties on the Hog 4 with the first taping of a premiere season of “Jogo De Todos Os Jogos” for Warner Bros. Portugal. Based on the American version of Ellen’s “Game of Games,” the show is taped at the Valentim de Carvalho’s Studio 3 in Lisbon, and premiered October 12 on nationwide TV. 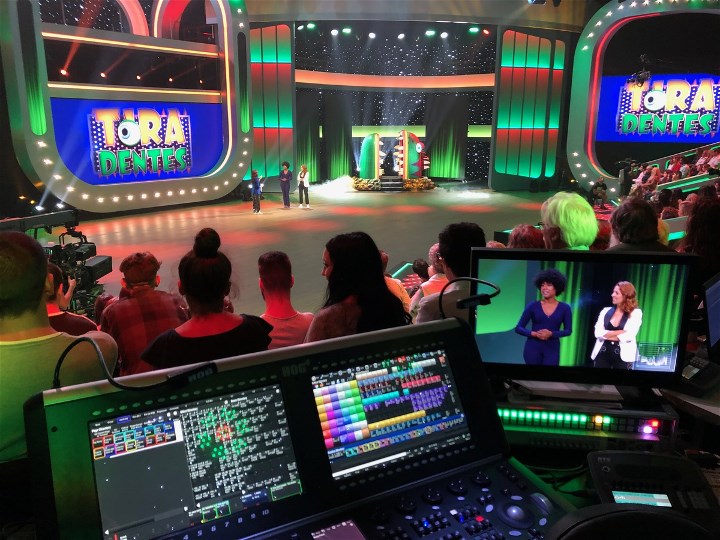 Silva chose the Hog console as he’s been using the platform since 2000. “I love it!” he declares. “Hog 4 is an easy and fast console to program. Just think: Source, Mask, Action, Destination.”

Each game had a customized logo, which was displayed on the LED screens. “That was our guidance in terms of color. We recorded a total of 15 games this season, each with its own look and color, together with lighting triggers that each game required, whether it was a red for a wrong answer or a green for right,” Silva explains.

“We had 600 channels of RGB ribbon on the set framing each window on the doors,” he continues. “We played a lot with the Hog 4 console’s Pixel Mapper, using Pixel Layers combined with the Effects Engine. The Plot view allow us to lay out an LED product’s RGB strobe cells - which we were using in 68-channel mode - together with the 18 High End Systems SHAPESHIFTERs, and play with them using Effects and Pixel Layers for those necessary bumps and whistles typical on a contest show.” 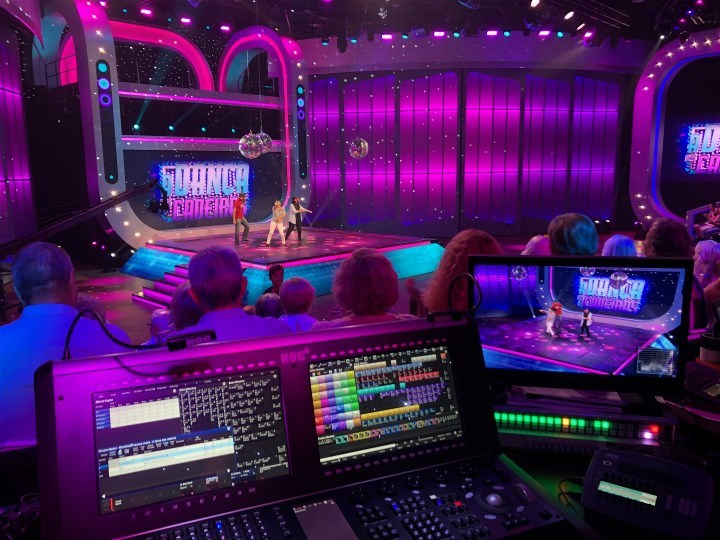 The LD uses the Hog 4 console for “every project we do that requires a lighting console,” he notes, citing TV shows “The Voice Portugal,” “Master Chef,” “Lip Sync Battle,” “Secret Story,” and “Dancing with the Stars,” along with other small touring projects.