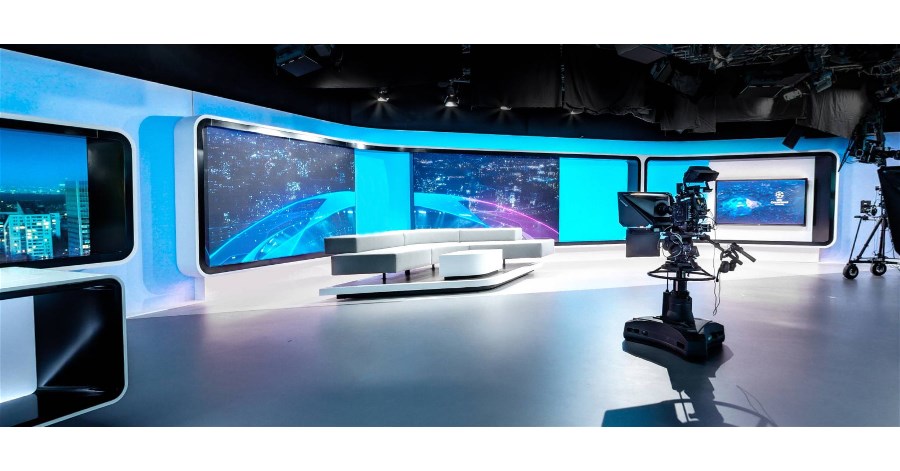 The Autoscript and Vinten equipment is part of an overall design based on maximum flexibility in camera choreography and functional efficiency. Each camera setup includes an Autoscript EPIC-IP17 teleprompter sporting a sleek carbon-fibre hood, together with an integrated talent monitor.

"It's an honour to see our equipment playing a key role in bTV's new studio project," said Martin Leuenberg, Autoscript and Vinten regional sales manager. "The showpiece new studio — including a unique 360-degree set — enables bTV journalists to present the most important news, sports, and current events in an even more dynamic, accessible, and interactive way. The Vinten heads and pedestals, coupled with the Autoscript prompting solutions, play a critical role in this effort by empowering bTV camera operators and its on-air talent."