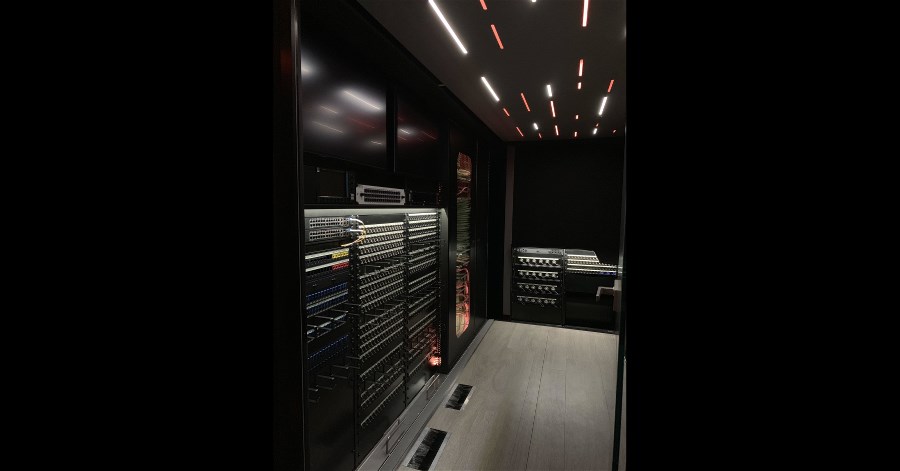 OBX, one of the biggest and most pioneering native 4K HDR trucks in Europe, to be displayed at IBC2019.

Amsterdam, 11 September 2019 – Italian systems integration company Chromaline, which specializes in outside broadcast trucks, has built OBX, a flagship production unit for Videe. The revolutionary design, focused on creating a comfortable working environment for the biggest live events, depends upon core infrastructure products – including routing and multiviewers – from Imagine Communications. 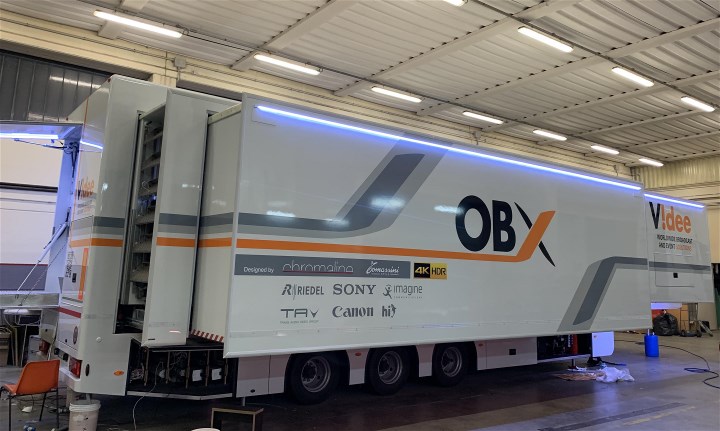 Videe, a leader in outside broadcast production for 40 years, now provides facilities to broadcasters around the world, covering some of the leading sporting events, as well as music and culture. Interest in 4K and HDR was rapidly growing among its clients, but at the same time, they wanted extended production capabilities and ever more cameras.

“We needed a new truck which was more powerful and more capable than ever, supporting up to 30 cameras in native Ultra HD,” said Ilario Urbanetto, chief engineer of Videe. “But we also wanted it to be the most comfortable truck to work in. When working on a major host broadcast project, our crews can be inside the truck for 14 hours or more – it is really important to us that they feel comfortable, they feel they have space, so that they deliver the best possible production.”

Chromaline was handed the challenge of maximizing the internal space, by designing an efficient yet reliable infrastructure. Central to this is the Platinum™ IP3 router from Imagine Communications, which in OBX has 512 x 1024 video I/O and 8000 x 8000 audio I/O. The video signals can be HD or 4K Ultra HD, in either quad link or 2SI formats. As well as switching, the Platinum IP3 also hosts audio and video signal processing, and drives the 14 multiviewer displays inside the production area. 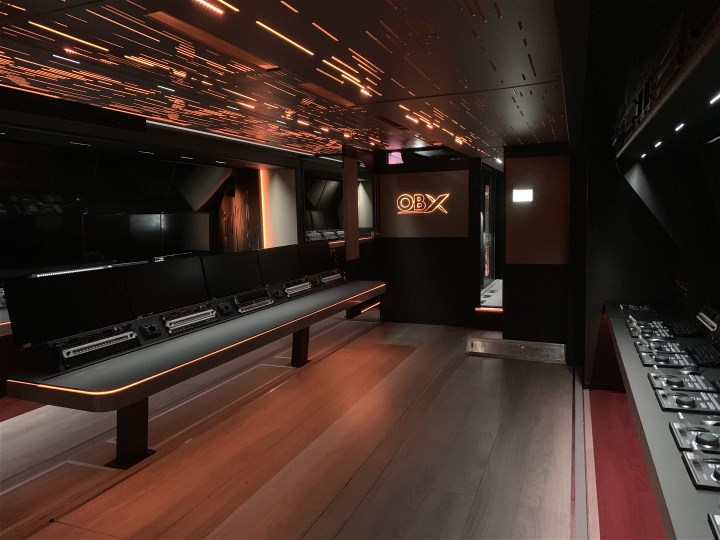 The architecture also includes the Selenio™ MCP modular solution for signal processing, including Dolby E encoding and management, and Selenio 6800+™ modular processing units. To simplify system management, and to provide a fast turnaround between jobs, the infrastructure is controlled by  Imagine’s Magellan™ SDN Orchestrator in combination with hi, human interface, an intuitive and easy-to-use control software layer for live broadcast and media infrastructures.

“I have been working in outside broadcast since I was 14 – I grew up inside an OB truck!” said Nicola Dall’Asta, CEO of Chromaline. “I knew that to create the comfortable working space that Videe wanted, we had to have a complete rethink of traditional outside broadcast design, from the layout to the cabling to the floor – everything.

“I chose Imagine for all the image processing, routing and glue, because Imagine is the best-in-the-market for any size truck,” he said. “Platinum IP3 is the only solution on the market that can deliver the number of wideband signals Videe required. Having processing and multiviewers inside the router saves a lot in the cost and time of cabling, and it saves space which we can give to the people.”

OBX is a triple expanding trailer, built by Tomassini Style. When expanded to its full capacity on site, OBX offers 76 square metres internally, the size of a city apartment. It is laid out in a double control room configuration, making it ideal for host broadcast productions at the biggest events. Despite the high level of functionality OBX provides, the crew have plenty of room and a logical layout — a comfortable operating environment leading to higher levels of productivity.

“The system designs by Nicola and his colleagues at Chromaline are always inspiring and innovative, and ultimately very rewarding,” said Mathias Eckert, SVP & GM EMEA/APAC, Playout & Networking, at Imagine Communications. “We have worked with them on a number of production trucks recently, giving us the chance to demonstrate that our technology delivers the space and power savings modern architectures demand, without compromising functionality or reliability.”

Videe’s OBX is ready to go into service, but first unveiled at IBC2019.