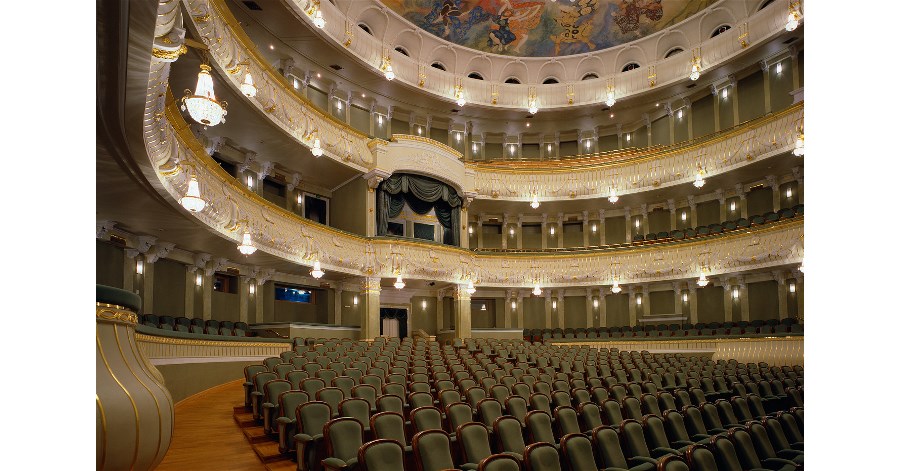 While the founding of Russia’s Bolshoi Theatre dates back to 1776, its production team is looking to the future with the newest LED technology from High End Systems.

The world-renowned theatre – a cultural landmark and home to the Bolshoi Ballet, Opera and Orchestra – opened a second venue, the New Stage, in 2002 to host performances while the Historic Stage underwent refurbishment. By 2011, both neighboring performance venues were offering a full schedule of events in the heart of Moscow.

In 2018, it was time to make some changes over at the New Stage. Lighting Designer Anatoly Samosadny was seeking an alternative to the older lamp-based fixtures. Preferring to work with a modern, LED-based automated luminaire in his productions, he turned to High End Systems’ Moscow-based distributor SiM, which recommended High End Systems’ SolaFrame Theatre fixture. Engineered without fans, it is the industry’s first LED automated luminaire to deliver a completely silent operation. 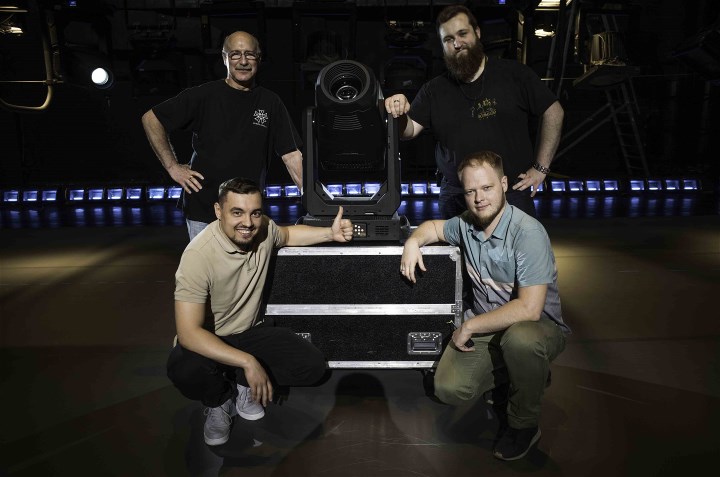 Eight SolaFrame Theatre units were supported, tested and delivered by SiM to the Bolshoi in September and made their premiere in productions shortly thereafter. The main tasks of the fixtures are to serve as back truss lighting and front support light.
“The absolute silent operation allowed me to install the SolaFrame Theatre units directly above the orchestra or in the auditorium,” says Samosadny. “These positions are very important when working with certain productions, such as The Orchestra Survey and Camille Saint-Saëns’ The Carnival of the Animals.”

He adds, “The framing shutters are also extremely beneficial to my designs. The color mixing, CTO, prism, zoom, gobo wheels, frost and iris add even more effects and solutions to a multitude of live situations. I like that the colors remain consistent with the LED source, so that all my fixture colors match and don’t degrade as older lamp sources do. And the fixture has a bright white beam. I enjoy using the SolaFrame Theatre in my work.”

The LD has deployed the SolaFrame Theatres in other recent shows including the Bolshoi Ballet’s Etudes, Romeo & Juliet, Heroes Of Our Times, Russia Seasons, Golden Century, Petrushka, Paris, Joy, Undina, Lost Illusions, The Taming of the Shrew and Anuta. He’s also used it for the Bolshoi Opera’s Bogema, TPVG, Figaro’s Marriage, Idiot, Iolanta, The Stone Guest, Barber of Seville, Don Pasquale, and Rusalka. 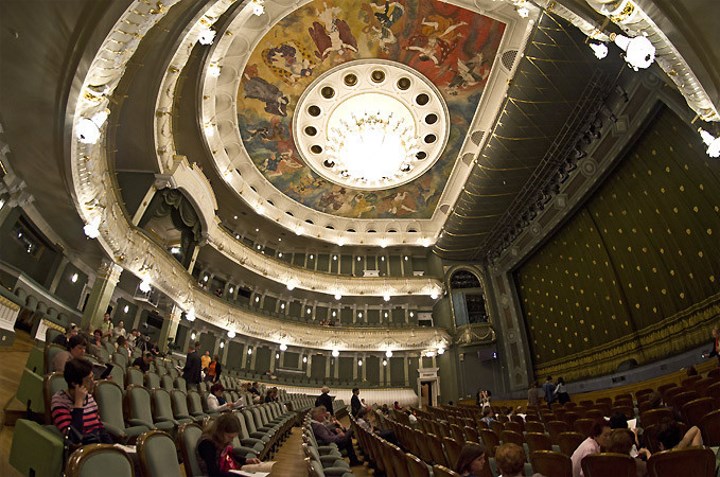 The SolaFrame Theatres join other HES/ETC family products at the venue. In the New Stage, a Hog 3 console controls video while the ETC Titanium and Gio control lighting. Also in the house are ETC Sensor Dimmers, ETC Source 4 Fix Zoom 25-50 degrees and 15-30 degrees, and some Source 4 Lustr+ fixtures. The Historic Stage uses two Hog 4 consoles with DMX Processor 8000s to control video, while an ETC Titanium console controls lighting.

SiM’s Ivan Rumyantsev says, “With the SolaFrame Theatre, we solve typical and specific tasks for the creators. We are happy to supply the high-quality solutions from High End Systems. We are thankful to the theatre; they trust our team and we are privileged to support the fixtures and consoles for the world-famous Bolshoi Theatre stages.