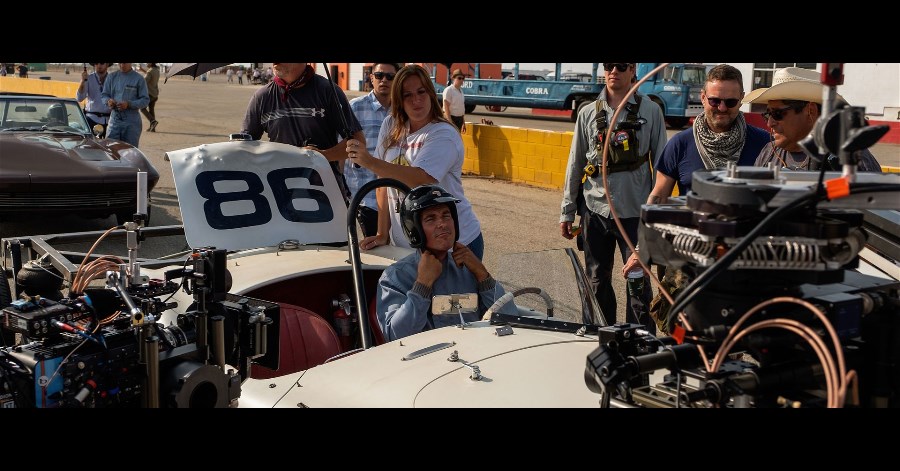 Hailed as an Oscar favorite, Phedon Papamichael’s “Ford v Ferrari” has it all: drama, high-speed car races and its all shot with the ARRI ALEXA LF.

Long before its opening date, “Ford v Ferrari” (alternative title: “Le Mans 66”) was already hailed as an Oscar favorite. Set in the 1960s, the film chronicles the epic battle between the iconic car makers, as they battle to build the fastest car at Le Mans. But the film goes beyond this epic battle to share the story of Carroll Shelby and Ken Miles.

“The strength of the movie and the focus of the movie is the relationship between Matt Damon’s character, Carroll Shelby, and Christian Bale’s character, Ken Miles. It’s a movie about friendship and about people that pursue their dreams and passions. People that will go through any risk to accomplish their dreams,” explains Director of Photography Phedon Papamichael ASC, who has shot more than fifty films and has been nominated for both a BAFTA and an Academy Award in his career.

While the friendship between Ken Miles and Carroll Shelby drives the story, it’s the car racing that has many in the media calling it “the greatest racing movie ever made.” Papamichael wanted to create a film that immersed the audience in the speed and danger of racing. To do that, he shot on the ARRI ALEXA LF camera.

“I had some experience with large format with the ALEXA 65, working on the digital cinematography on the “Greatest Showman.” I really liked this feeling from this [large] format, the lensing, and the falloff. Just the way the background dissolves and falls off in a very painterly manner. I really liked this format not so much for the greater resolution, but just for the way, the [large] format lenses look. I think the way the optics translate on the sensor is very beautiful,” says Papamichael.

“We shot with the ALEXA LF when the camera had just come out, and we really put it to the test. We never had any issues with the camera. It worked perfectly from day one.”

For visual inspiration, Papamichael looked to the past and the 1966 film, “Grand Prix,” starring James Garner. If history is any indication, then “Ford v Ferrari” may be promising, as “Grand Prix” would go on to win three Academy Awards for technical achievements.

“[Grand Prix] was a classic cinemascope, 70mm Kodak picture, and I just loved the framing and simplicity of it. Back then, they didn’t have this technology of tracking cars with fancy cranes and drones… It was very important to us to convey that these little machines are just a few nuts and bolts holding together this gigantic engine. Not really having braking ability, and the danger and the intensity of what it’s like in a race car.”

To convey the danger and intensity of the racing, Papamichael and his crew mounted the ALEXA LF on the outside of the car in temperatures as high as 117 degrees Fahrenheit (42.7 degrees Celsius.)

“We had the LF mounted to these chassis of these cars without vibration isolators. We just sent them off. They were going around the track and you’re really experiencing all the g-forces of the turns and the changing light on the actor’s face. It’s great because the actor is performing and acting but to physically experience all that violence really aids the performance. So the cameras were really put through the tests. We shot this in last summer 2018, and the camera hadn’t been out that long. We didn’t have any technical issues with it. No camera failed, and there was a lot of dust and wind. There was extreme heat and extreme vibration.  So, I can’t say enough about the reliability but also about the visuals.”