European Audiovisual Observatory: Over 11,000 TV channels were available in Europe in 2019. 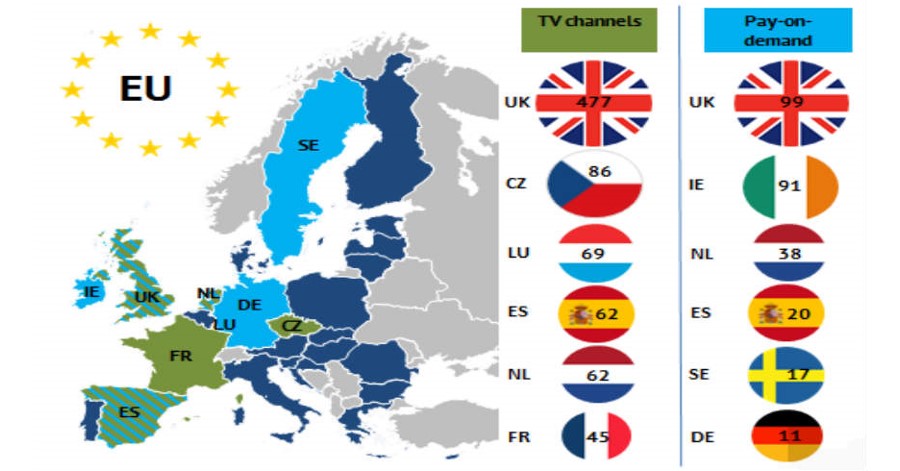 Read the report below.

Managed by the European Audiovisual Observatory and supported by the Creative Europe programme of the European Union, the MAVISE database is up-dated every year with new facts and figures. It provides individual data for TV channels and video-on-demand services available in Europe including detailed information as regards targeting, ownership and licensing. The customized result lists can be downloaded for free in EXCEL tables.

Supply of TV channels in Europe more fragmented due to pre-Brexit migration and diversification of channels.

European Audiovisual Observatory publishes new report on Film and TV content on VOD in Europe.
back to top