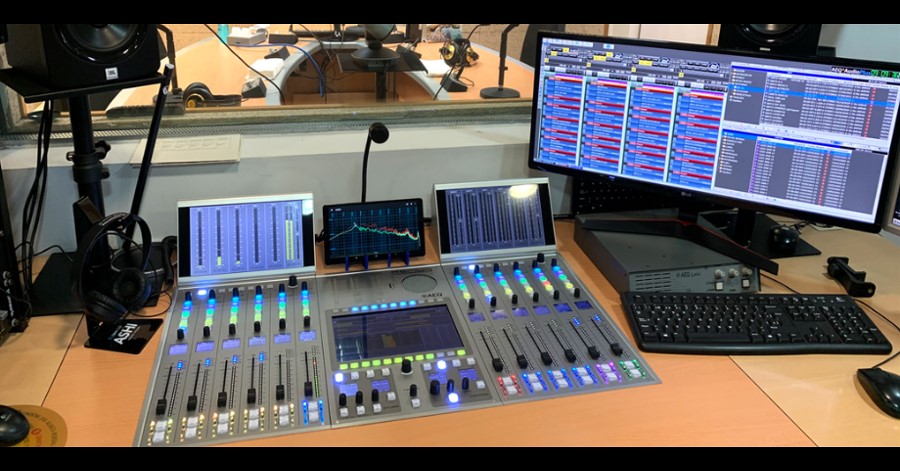 The station was inaugurated 15 years ago with AEQ technology, it is now fully digitized with a CAPITOL console, SYSTEL IP telephony, and AUDIOPLUS automation system. Radio San Vicente (RSV) 95.2FM is the local station of San Vicente del Raspeig (Alicante), began its broadcasts in 2007, celebrating 15 years on the air, with the aim of being the local media that brings citizens closer to everything that happens in the town.

Most of their programs are news, sports and a morning magazine, as well as cultural spaces with lot of citizen participation. All this carried out by a team of five people, three editors and two technicians, which is completed with collaborators who broadcast their spaces in the afternoons.

Regarding the technical infrastructure, RSV has recently once again selected AEQ's IP technology to renew its audio console in the main studio.

This year, RSV has decided to incorporate the new ATRIUM digital audio console in its main studio to finish their station's technical renovation plan.

This console has been designed taking advantage of the possibilities that technology makes available to nowadays: IP audio systems allow the inputs and outputs, and the process and control elements, to be distributed in different pieces of equipment, sometimes very physically distant. AEQ ATRIUM incorporates tools to develop the capacity for redundancy at all levels, the storage and instant recall of scenes, the convergence of physical and virtual control elements, the automation of mixing and level adjustment, the transport of control inputs and outputs to through the different pieces of equipment in a system, etc. All these possibilities of the current state of the art generate a new concept in which the sum of the different components develops a combined functionality far superior to that of each component separately.

In this way, the station has an AEQ ecosystem that complements itself, using this ATRIUM console in the main studio, along with a CAPITOL in the secondary studio, and other systems such as PHOENIX portable audio codecs, the SYSTEL IP broadcast telephone system and manual and automatic sound ON AIR system for broadcast AudioPlus.

To find out about Radio San Vicente and its programming, visit www.radiosanvicente.es

Spanish RADIO SINTONÍA uses AEQ TALENT for its outside broadcasts.

TVE Starts up a new set of continuity control rooms in Torrespaña with KROMA by AEQ monitors.

Castilla y León Television installs an AEQ Intercom in the central studios in Valladolid.
back to top