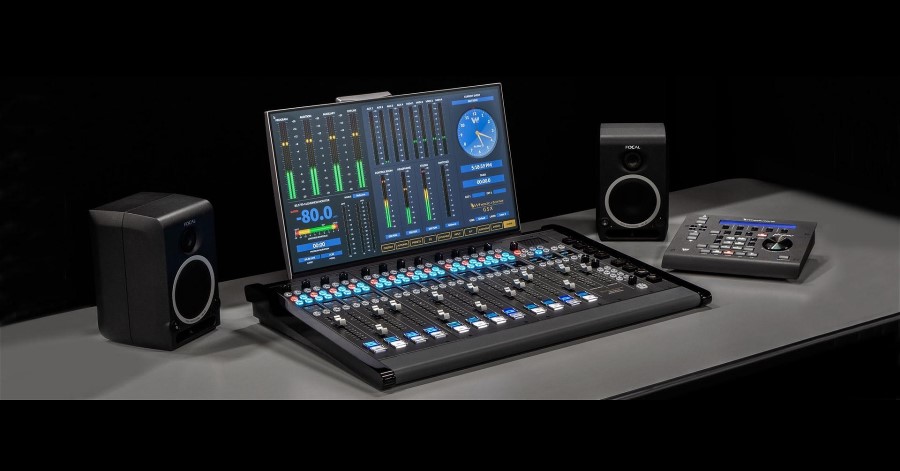 Routable audio tools on the network."Soft" controls on a tactile console surface.

New Bern, NC, USA - April 7, 2022 - This NAB show will be a first for Wheatstone's next generation power Blade 4 that combines routable audio processing, mixing, codecs and software apps along with I/O in one AoIP rack unit.

It will also be a first for its GSX console combining a tactile surface with soft knobs and touchscreen interface, adding to its family of fixed console surfaces as well as virtual mixers for laptops, desktops, and tablets.

Both are the latest additions for its WheatNet-IP Intelligent Network, a complete IP audio ecosystem of consoles, talent stations, I/O units, accessories, virtual tools, virtual interfaces and appliances. In addition to routable audio tools, Blade 4 is AES67 compliant and supports NMOS for interoperability with other compliant systems and devices. Blade 4 was named a 2021 NAB Show Product of the Year winner in the Audio Production, Processing and Networking category.

The Blade 4 and GSX console will be at Wheatstone booth N2631 along with other WheatNet-IP audio networking products during the upcoming show.