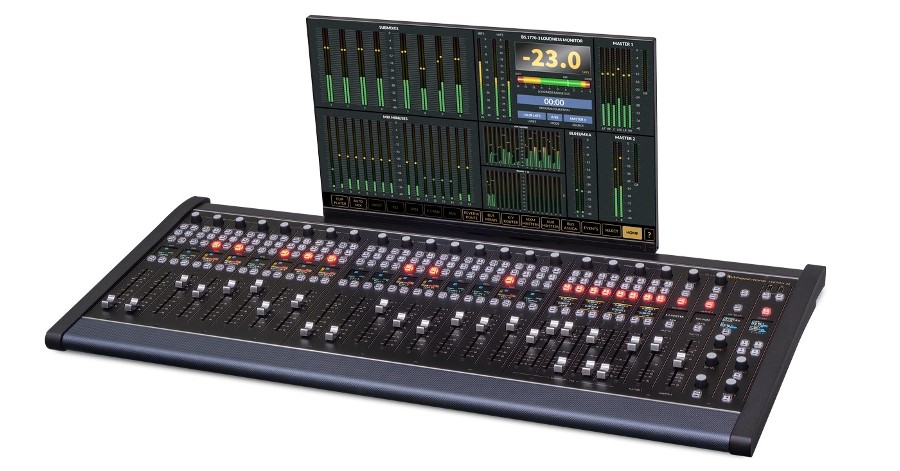 Tekton 32 is small, AoIP/AES67 networked, and ideal for automation workflows and the occasional hands-on mixing by producers, directors or other news staff.

New Bern, NC, USA - April 1, 2022 - Smaller news studios, shrinking sets and fewer production staff have hastened the evolution to a smaller mixing console that can manage audio as a workflow, yet is easy to navigate for the occasional hands-on mixing.

Wheatstone introduces Tekton 32, its latest WheatNet-IP audio networked TV console that will show for the first time at the upcoming NAB show.

This AoIP console features a unique control interface for tight integration with all the major production automation systems, providing mixing and automation in one native IP audio environment. With tactile faders on the one hand and a touchscreen interface on the other, Tekton 32 is easy to navigate for the busy producer or director.

Tekton 32 will be at Wheatstone booth N2631 during the NAB show along with the company's full line of audio elements for its WheatNet-IP audio network, an AES67 compliant AoIP network that supports SMPTE-2110.