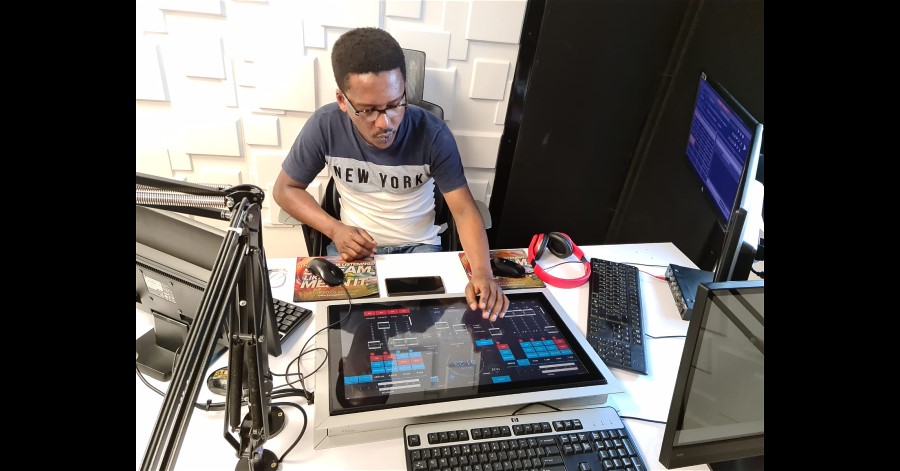 The Classic105 Morning Show with Maina Kagemi and comedian Churchill as Mwalimu King’ang’i has become a cult favorite; perky radio program often highlighting controversial topics. The show is very popular amongst women who are encouraged to call and discuss peculiar relationship stories – battling their way through the topics in a mix of Swahili and English. The drive show is hosted by another big voice in Kenyan radio airwaves, Cess Mutungi, also known as “Queen of Radio.” Captivating listeners with her deep, husky voice and unique sense of humor, she keeps listeners glued to the radio.

Nairobi-based Radio Africa Group (radioafricagroup.co.ke) is one of Kenya’s most dynamic media companies, with a portfolio of radio and television stations, websites and print newspapers. Recently, a Lawo RƎLAY PC-based virtual mixing system was installed at sister station Kiss100 FM, proving so successful that they returned to Lawo to outfit Classic105 as well.

The touchscreen-operated 12-fader radio console was installed by Lawo distributor and systems integrator BYCE Broadcast, who worked closely with Classic105 and Lawo to meet the customer’s specific requirements.

“We are happy with Lawo virtual consoles”, states Philip Keter, Radio Africa Group’s Technical Manager. “We have had Kiss100 FM using Lawo RƎLAY mixing for more than one year now, and we have not experienced any downtime. We are even more excited about crystalCLEAR; the presenters love its robustness, flexibility, and agility. It is not only easy to operate but actually helps enhance creativity!”